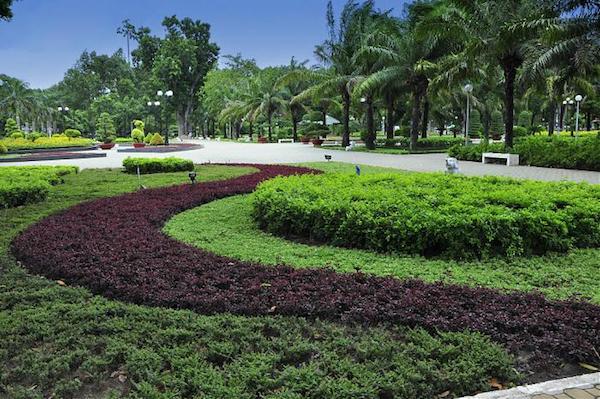 District 9 is an urban district, and home to several schools and universities. There are several reasonably sized parks in relative proximity that are suitable for stringing together a run. The best bet in this area is Gia Dinh Park, which has some nicely laid out paths and altogether is located on both sides of Dặng Văn Sâm St. It’s nearly 2 km around the perimeter. There’s a sports complex with a pool and tennis courts nearby, and the Phu Nhuan Stadium, which has soccer fields and a grassy area that are runnable.

For a longer run, head ~1.5 km south to the Tan Binh District.  Quan Khu 7 Stadium  features an outdoor oval running track. Adjacent to that is Hoàng Văn Thụ Park, which has some OK paths for running.