No Thanks
Huntsville, AL

US Space And Rocket Center Area 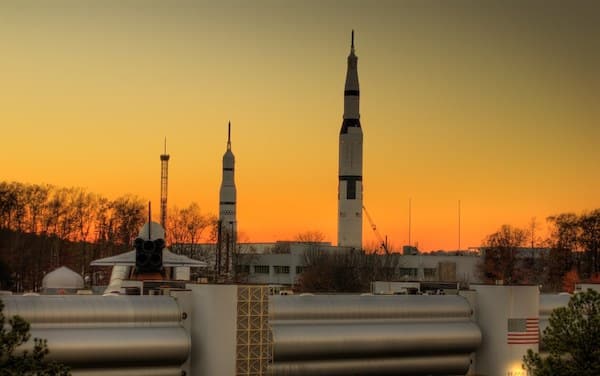 Many visitors to Huntsville end up staying in one of the hotels near the US Space and Rocket Center, which features the Saturn V Rocket and a space museum. The area is also known as ‘Research Park’, home to numerous corporate offices and a cluster of hotels around I-565/HWY 72/Bridge Street Town Center. For those who’d like to step out their hotel door and go for a run, here are some suggestions. Many of these can be combined for a longer run.

Route Around Space Center: You can put together a nice 5k run around the U.S. Space & Rocket Center and Davidson Center for Space Exploration using mainly Tranquility Base Rd.  ROUTE MAP

Space and Rocket Center Trails. A couple of miles of trails near the Space Center, just south of Bob Wallace Ave. SW and west of the Botanical Garden. TRAIL MAP courtesy of Trailforks.

South of I-565: You can put together a nice 5k run around the west side of the Botanical Garden and the small lake just west of it.  ROUTE MAP

East of Highway 255/North of I-565: Explore the University of Alabama in Huntsville campus, which has nice pedestrian paths. Also some runnable residential streets just east of SR 255.

West of Highway 255: Best bets are the paths around the lake at Adtran Tower, the Double Helix Trail around the Jackson Conference Center, and the Indian Creek Greenway. You can use Explorer Blvd. as the connector. It’s a busy road but it does have a pedestrian path. It’s 2.5 miles between SR 255 (say, the Westin) and the Greenway.

Note: The Redstone Arsenal, just south of Goss Rd., is a restricted military area and not open to the public. It’s also the future home of HQ2 for the FBI. 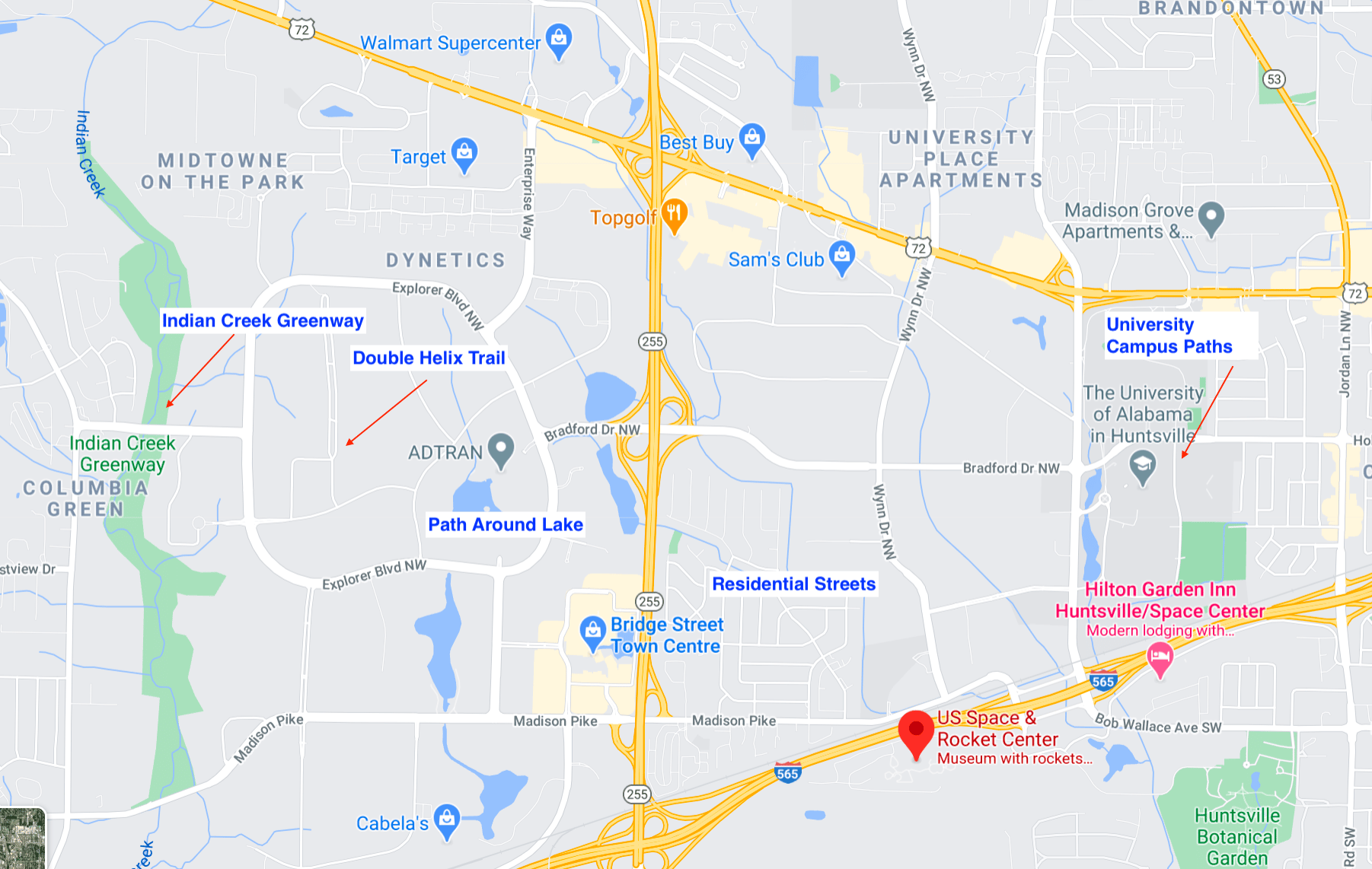 One of the most popular places to run in Huntsville. The paved multi-use path runs from Willow... more...