A Comprehensive Guide to the Best Places to Run in Acapulco 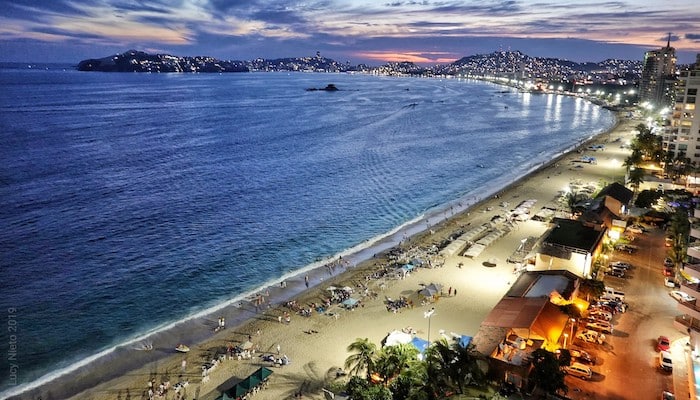 Acapulco de Juárez, more commonly known as Acapulco, is a Mexican Pacific seaport city located 380 km south of Mexico City. One of Mexico’s oldest beach resorts, Acapulco Bay also has a rich history as a port and a cruise ship destination. While Acapulco won’t rank as one of our favorite cities for running, there are a few good roads, beaches, and walkways along the coast. Also, due to recently elevated crime rates, runners should ask their hotel about areas to avoid and consider running with a partner. Note also that it’s sunny and hot nearly every day: go early/late and hydrate!

Some of the best places to run in Acapulco are coastal paths along the Malecón de Acapulco and the path to La Quebrada. As for beach running, the beaches of Acapulco Bay offer long runnable stretches — although the sand tends to be soft. In the Diamante area, the Costera de Las Palmas and Boulevard Barra Vieja roads make nice long runs. Or, runners can do laps of short routes like Parque Papagayo and International Center.

When it comes to getting around Acapulco, taxis are considered the best option for tourists. There is a fairly extensive network of privatized busses as well, but most advisors recommend that tourists avoid driving themselves on the potholed and heavily trafficked streets.

Some of our favorite runs in Acapulco, Mexico 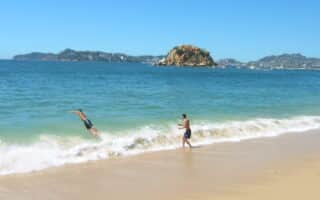 By the Beach
The sand on Acapulco might not be perfect for running, but it is plentiful! It’s possible to run up to 3 km one way on the beaches of Acapulco Bay.
Explore 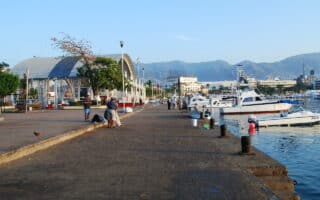 Along the Water | By the Beach | Iconic
Run the waterfront of Acapulco’s Tradicional/Las Playas area. Follow Av. Costera Miguel Aleman and Paseo del Pecador for sidewalks and paths.
Explore 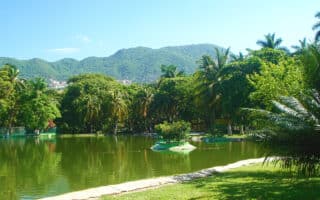 Parks
The Papagayo park is a nice, shaded area to run some loops. The central path is 1 km, but can be combined with the beach or the Malecón de Acapulco.
Explore 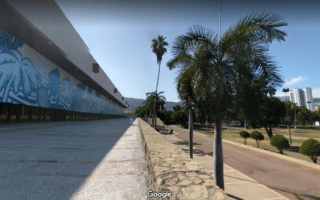 Another good option for laps in the Deportivo area. The International Center loop is 1.5 km from the Glorieta statue.
Explore 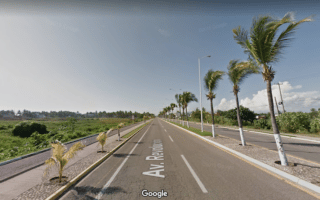 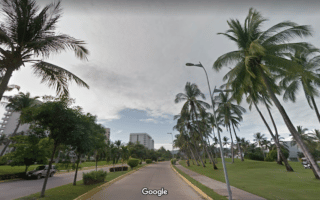 Another option near the Diamond Zone is the palm-lined Costera de Las Palmas/Vidafel Road. It’s a simple sidewalk, but there are some nice sections, especially bordering the Vidanta Golf Course.
Explore 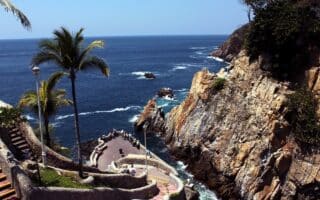 Along the Water | By the Beach | Iconic
Run the waterfront of Acapulco’s Tradicional/Las Playas area. Follow Av. Costera Miguel Aleman and Paseo del Pecador for sidewalks and paths.
Explore

Acapulco is famous for its consistent sunny weather. Runners should be aware of the strong daytime sun and heat. Daytime temperatures are uniform year-round, in the 31-33C (88-92F) range. Nights are warm and sultry. There are distinct wet and dry seasons. Winter months are dry and nearly rain-free. Most of the rainfall occurs June-September, and it’s more humid then as well.

Most visitors to Acapulco stay in one of three main “zones”: the Traditional Zone near Papagayo Park (good access to the Malecón), the Golden Zone along Miguel Aleman, and the Diamond Zone near the airport (good access to Costera de Las Palmas). Learn more about accommodations at VisitMexico.com.

There aren’t any running-specific stores in Acapulco, but you may be able to find gear at a local shoe, sporting goods, or surf shop.

The Acapulco Half Marathon/10k is the city’s most popular race. You’ll also find Ironman, Spartan Race, and other small events throughout the year.