The Best Places to run in Darwin and Vicinity

The capital of Australia’s Northern Territory, Darwin in Australia’s most northern and tropical capital city and the gateway to massive National Parks. Part of the geographic area of the Northern Territory known as the ‘Top End’, Darwin is known for its harbour, tropical lifestyle and World War II history. There are some good options for running in Darwin, from waterfront routes to parks to some good trail running in the nearby ‘bush’. Runners should note that Darwin has a tropical climate, with daytime temperatures in the 32C (90F) range year-round, with distinct wet and dry seasons. Thanks to Jeremy Tyzack, our Australian running guru, for this Darwin guide!

The best places to run in include exploring the iconic Bicentennial Park and the picturesque East Point Reserve and Casuarina Beach and Coastal Reserve. The Nightcliff neighborhood features lovely residential streets and an attractive foreshore road. We love the views of Charles Darwin National Park and for those who have a sense of adventure, the Litchfield National Park is worth the drive.

A car is the preferred transportation method in Darwin, however the city does have an extensive public bus system via Darwinbus. The Tap and Ride card can be used or cash can be used for single tickets.

Some of our favorite runs in Darwin, Australia

One of the signature runs in Darwin and a green oasis with great water views. Bicentennial Park/Esplanade... more... 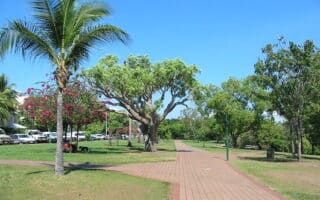 One of the signature runs in Darwin and a green oasis with great water views. Bicentennial Park/Esplanade runs the length of the Darwin waterfront, between the CBD and Shoal Bay. For a longer run, incorporate a scenic tour of the Waterfront Precinct.
Explore 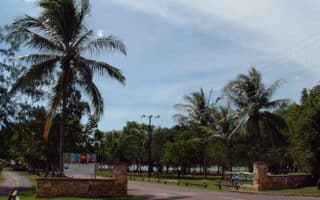 A great route on a multi-use path with views of Darwin and Fannie Bay. It's up to 5.7 km from Vestey's Lagoon to Eastern Point Preserve, where there are additional paths and recreational facilities.
Explore 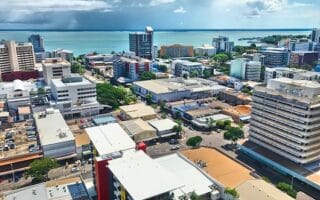 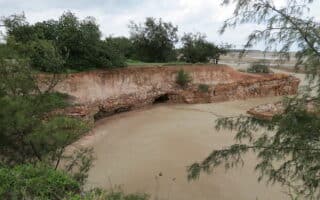 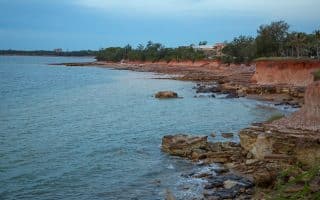 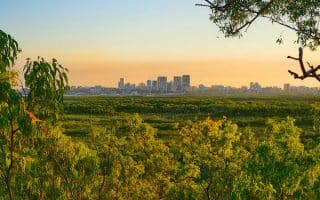 Small green gem of a park located 4 km south-east of Darwin. A popular mountain biking spot, there are also 3 km of 'walking tracks' that are great for running. Be sure to make it to the viewpoint! A good spot for some hill training.
Explore 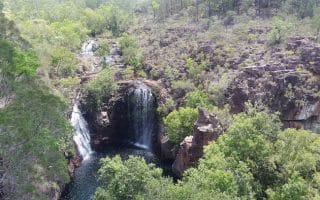 One of the best kept secrets in the Northern Territory and only a one hour drive from Darwin. Numerous, well-signposted 'short walks' offer great trail running opportunities. There's something for all abilities.
Explore

One of the signature runs in Darwin and a green oasis with great water views. Bicentennial Park/Esplanade runs the length of the Darwin waterfront, between the CBD and Shoal Bay. For a longer run, incorporate a scenic tour of the Waterfront Precinct.
Explore

Darwin has a tropical savanna climate, with distinct wet and dry seasons and near uniform maximum temperatures year-round. Average high temperatures are in the 31-32 (~90F) range throughout the year. Low temperatures range from 19c (67F) in winter to 25C (76F) in summer. Note that there are dramatic differences in humidity from summer to winter, which is a major factor for runners. Winters are warm and dry with relatively little precipitation. Summers are cloudy, humid, and wet, with most of the 1700mm (67 inches) of annual rainfall occurring from December to March, with near daily thunderstorms.

RUNNING STORES
Good options are The Athlete’s Foot and locations of Intersport. See the city overview map for locations.
GROUP RUNS
Darwin is also home to multiple Parkruns, click here for a full list. There’s one in Bicentennial Park and also in Nightcliff  and Palmerston