A Comprehensive Guide to the Best Places to Run in Dhaka 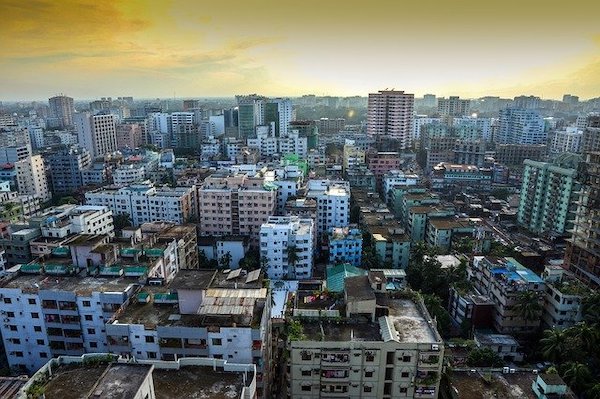 The capital of Bagladesh, Dakha is the ninth largest city in the world, with a population of 21 million. We can’t say Dhaka is a joy for running, due to its huge population density, clogged and poor quality roads, and poor air. You can’t just expect to walk out your hotel door and ‘go for a run’. But there are some decent spots for running in Dhaka, including some pleasant smaller parks and  lakeside walkways. Note: many of the parks that are good for running can get crowded. Best to go early!

One of the best places to run in Dhaka is to combine the historic Ramna Park with nearby Shishu Park and the grounds around the Eternal Flame. Nearby, there are nice walking paths around Dhanmondi Lake. A memorable spot is Chandrima Udyan, the park and grounds around the National Parliament. Another good area for running in Dhaka is in the upscale Gulshan district. At the southern end, a loop around the waterside promenades of Hatirjheel lake is a fun run. From there, a lakeside walkway extends north to our route in the Gulshan Lake Park/Baridhara neighborhood. For a green oasis and a pleasant run, the Botanical Garden is a popular spot. In northern Dhaka, there’s some decent running in upscale West Uttara. There are proper running tracks in Bangladesh Army Stadium and Bangabandhu National Stadium.

Runners should be aware of the density, uneven roads, and poor air. Also, the weather in summer can be very hot and humid, with monsoonal rains.

Some of our favorite runs in Dhaka, Bangladesh

Ramna Park is one of the signature running spots in Dhaka, with 2.5 km of paths passing... more... 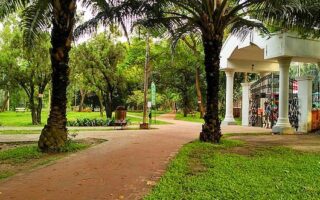 Iconic | Parks
Ramna Park is one of the signature running spots in Dhaka, with 2.5 km of paths passing by lush greenery. Combine with the adjacent grounds of Shishu Park and the Eternal Flame/Museum of Independence and even University of Dhaka for a longer run.
Explore 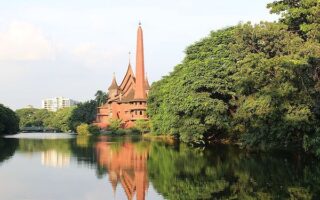 Along the Water | Parks
The area around Dhanmondi Lake is one of the better places to run in Dhaka. There are a couple of small parks, and a dedicated walking path around the lake that adds up to a loop of ~4.2 km. There are nice views of the water, and lots of greenery.
Explore 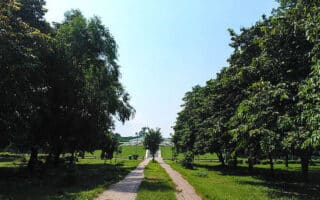 Historic / Tourist | Parks
The spacious grounds of Chandrima Udyan, the park around the Bangladesh National Parliament and the Prime Minister's residence, make for a memorable run. Can combine with Dhanmondi Lake loop for a longer run.
Explore 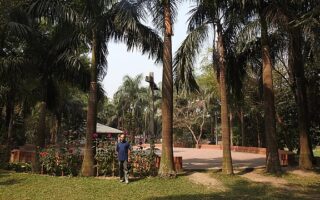 Along the Water | Gorgeous Residential
A tour of the the upscale Gulshan district, known for its embassies and corporate offices. Our nearly 10 km route includes the embassies along United Nations Road in the Baridhara neighborhood, and a loop around Gulshan Lake Park & Gulshan Lake Walkway.
Explore 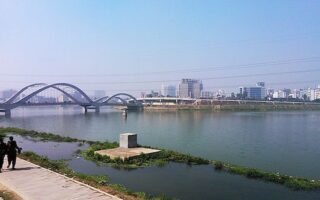 Along the Water | Great Views
A popular lake area in Dhaka and a good spot for a run, featuring waterside promenades, a dancing fountain, and illuminated bridges. Can also connect to the Gulshan Lake Walk Way and our Gulshan Lake/Baridhara route for a longer run.
Explore 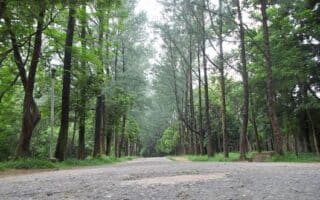 Historic / Tourist | Arboretum/Botanical Garden
A popular visitor destination and also a good place to go for a run. The 84-acre grounds are a lush oasis, with an impressive collection of flora and fauna. A loop of the main paths is up to 6.5 km. It can get crowded, so best to go early.
Explore 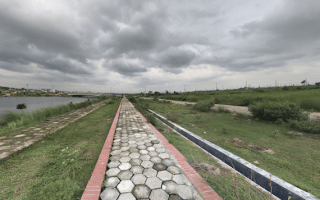 Near Airport
Some decent running opportunities in West Uttara, an upscale area in northern Dhaka that's part of the planned Uttara Residential Model Town. Best bet is Sector 15, where there's a Lakeside Walkway and some wide streets that are OK for running.
Explore

Iconic | Parks
Ramna Park is one of the signature running spots in Dhaka, with 2.5 km of paths passing by lush greenery. Combine with the adjacent grounds of Shishu Park and the Eternal Flame/Museum of Independence and even University of Dhaka for a longer run.
Explore

Dhaka’s weather is warm to hot year-round, with distinct wet and dry seasons. Most months the average high temperature is in the 30-33C range, but it’s distinctly more humid and uncomfortable from May-October, which is also when 87% of Dhaka’s 2,000mm (85 inches) of annual rain falls. The winter months are dry and nights can cool off and be downright comfortable. Runners should note that the heat, humidity, and air pollution are a factor here.

Dhaka is a huge city and there are hotels all over. The best bet for runners is to stay in the Ramna Park area, where there are lots of hotels, or in the Gulshan district.

There’s not a huge running scene in Dhaka. There aren’t any dedicated running stores, but there are numerous sporting goods stores that sell running gear. See the Overview Map on the city home page.

Dhaka Run Lords is another running group. They organize a half-marathon and numerous other running events in Dhaka.

Dhaka Half Marathon. Usually in February. The signature running event in Dhaka.

Note also there’s a popular 10k held in West Uttara, usually in March, and the Mirpur Half Marathon, generally in November.