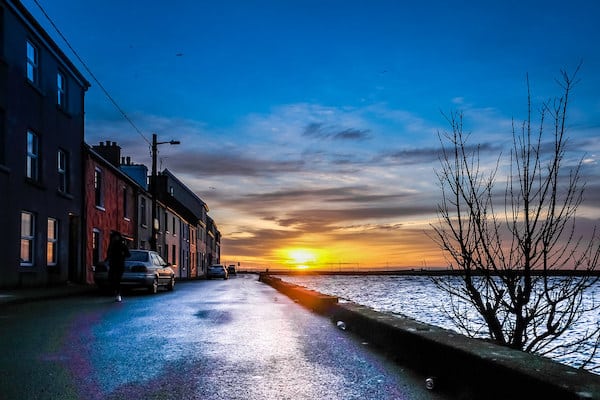 Galway is the sixth largest city on the island of Ireland. Located in the west of Ireland on the River Corrib, Galway (nicknamed the City of the Tribes) has become a popular tourist destination, known for its arts festivals and as a gastronomic center. There are some nice spots for running in Galway, all centrally located.

The best place to run in Galway is to the 8 km of waterfront paths along the River Corrib and North Atlantic Ocean, which includes several parks. We’ve also put together a ‘runseeing‘ tour of Galway, combining river & canal paths with the historic highlights. Runners also love doing the 4.4 km loop around Lough Atalia (lake). A few km east of the center, enjoy the paths around Merlin Woods & Merlin Castle. Just northwest of the city is some nice running in Cappagh Park, location of a weekly parkrun.

Runners should plan for Galway’s weather, which can be damp and cool at any time of year. Also note the long summer days!

Some of our favorite runs in Galway, Ireland

The highlight of running in Galway is the several miles of roads and promenades along the River... more... 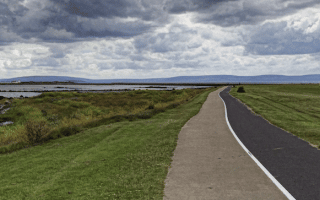 The highlight of running in Galway is the several miles of roads and promenades along the River Corrib and the North Atlantic, mainly headed south of the historic center to Salthill. Nice water views & historic highlights!
Explore 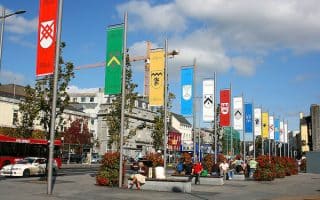 This 5-mile 'runseeing' tour hits many of Galway's historic highlights, adding some nice waterside paths along the River Corrib & Eglington Canal. Can be combined with our Galway Waterfront route for a longer run!
Explore 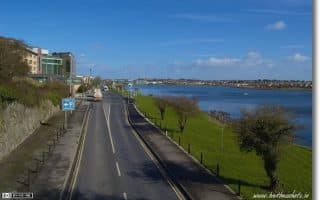 A pleasant 4.4 km loop around the Lough Atlalia (Lake), nearly all on dedicated walkways. Nice water views! Can be combined with our other central Galway routes for a longer run.
Explore 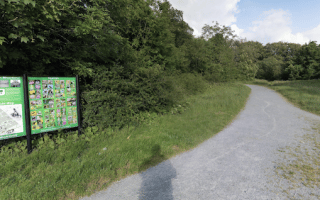 The largest woodland area near Galway. Some 4-5 km of pleasantly wooded paths around the former Waithman estate, and also the remains of Merlin Castle.
Explore

The highlight of running in Galway is the several miles of roads and promenades along the River Corrib and the North Atlantic, mainly headed south of the historic center to Salthill. Nice water views & historic highlights!
Explore

There’s a good cluster of hotels that are centrally located in the area of the historic Latin Quarter and along the River Corrib. All of our best Galway running routes are located nearby.

There are no dedicated running stores in Galway, but there are outlets of several sporting goods chains such as Elverys & Sports Direct.

Running Calendar Ireland is a terrific resource for events in Galway and elsewhere on the island.

Streets of Galway 8k is one of Galway’s signature running events and one of the largest in Ireland. August.