The Best Places to Run in Indianapolis and Vicinity 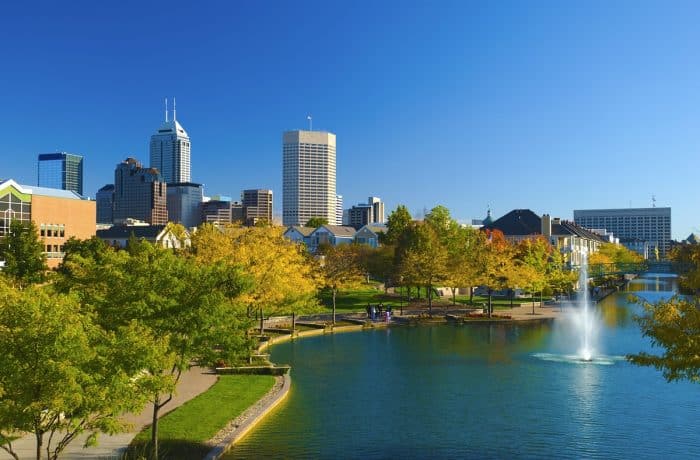 Indianapolis is the capital and largest city of the U.S. state of Indiana. The city was founded on the White River, which runs along the western edge of downtown. Although famous for hosting the world’s largest single-day sporting event, the Indianapolis 500, Indianapolis is also unofficially known as a leading Amateur Sports City. As such, there’s an excellent scene for running in Indianapolis — in fact, the city home to the nation’s largest half marathon!

There are some great running options in the downtown area, notably along the White River, the canals, and the unique 8-mile ‘Cultural Trail’. Further afield, there are some wonderful rail trails and parks for running. Note: If you’d like to have a guided running experience in Indianapolis, we highly recommend our affiliate partner Go! Running Tours.

Ondy is laid out with four main roadways that extend out diagonally from Monument Circle, city center, and connect cross streets in a grid. The downtown area is very walkable. IndyGo, Indianapolis Public Transportation Corporation, provides great commuting options, including 30 fixed bus routes throughout the county.

Some of our favorite runs in Indianapolis, IN

This paved trail makes a winding path through the city from the northeast corner of the county... more...

This is by far the city’s most popular running spot and one of the largest metropolitan greenspaces... more... 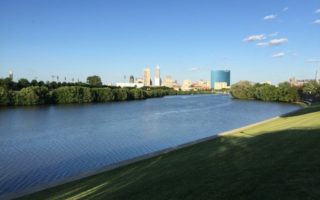 This paved trail makes a winding path through the city from the northeast corner of the county to the southwest, passing many of Indy's cultural and educational attractions.
Explore 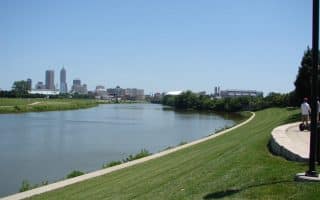 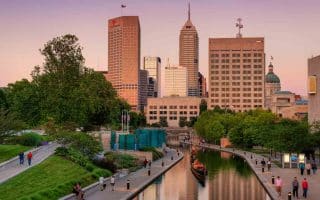 One of the best downtown spots to run, no matter the time of day. It's safe, quiet, and uninterrupted by traffic for an almost 2 mile loop.
Explore 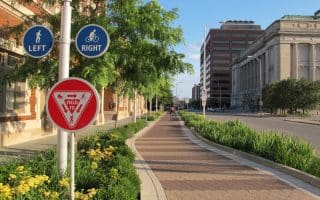 For urban exploration there is not a more connected trail than the Cultural Trail, whose 8 miles makes a loop in and around the urban core of the city.
Explore 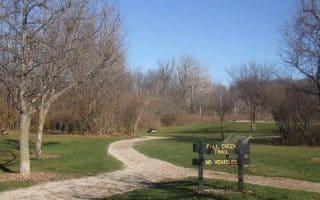 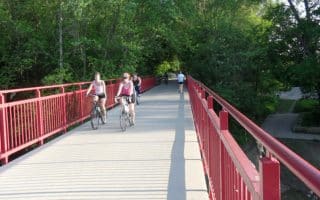 Run along the inaugural 'rails to trails' trail! This paved, multi-use path stretches from near downtown, north for 25+ miles to Sheridian, with numerous connections to other area trails. There are several 'sections' of the trail.
Explore 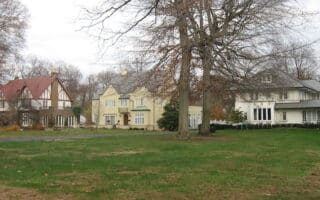 There are some lovely residential neighborhoods for running just north of downtown. Start in Meridian Hills, using the spectacular North Meridian St. as an anchor, and work your way north to Nora and Carmel.
Explore 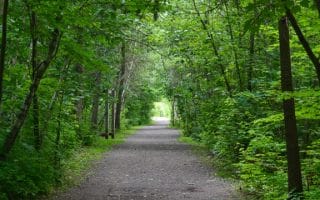 Explore the eastern and southern edges of the city with the Pleasant Run Trail. The south end is at Garfield Park, the north end is Ellenberger Park.
Explore 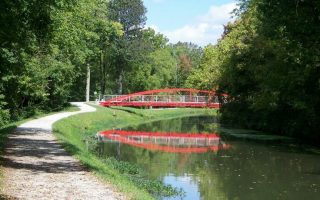 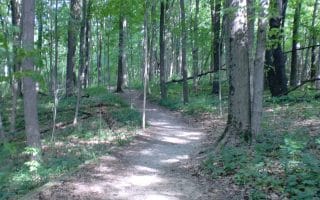 Formerly a military installation, Fort Ben, as it's called, is now a state park and nature preserve. There are several trails to choose from, however, none of the individual trails are more than three miles.
Explore

This paved trail makes a winding path through the city from the northeast corner of the county to the southwest, passing many of Indy's cultural and educational attractions.
Explore

Summers are typically hot, humid, and wet. The average temperature in July is 75°F. Winters are generally cold with moderate snowfall, and an average January temperature of 28°F. Spring and Autumn are usually mild, but at times unpredictable, with midday temperature drops exceeding 30°F. The rainiest months occur in the spring and summer. May is typically the wettest, with an average of 5 inches of rain. Severe weather is not uncommon in these months, as the city experiences an average of 20 thunderstorm days annually. Indy welcomes millions of visitors each year, so hospitality is not something they’re lacking in. The downtown district is an ideal place to stay as it  boasts several hotels and is divided into well-marked quadrants that are full of things to do. All areas are within walking distance of downtown hotels and easily accessible via sidewalks with traffic control. Downtown also connects you to a majority of the running routes. Broad Ripple Village, on the city’s north side,  is also a good area to stay for those seeking more arts, culture and live music. This is also where you can pick up the Monon Trail and the Cultural Trail.  If you’re looking for more budget friendly options, looking towards the southwest side of the city, near the Indianapolis International Airport, is your best bet!

The Runners Forum: Whether you are new to running, walking and endurance sports, or looking to take your performance to a new level, the experienced employees at the Runners Forum can answer any question you might have. They also have a program called Good Form Running.  It focuses on simple, essential steps that allow for efficient, light, and easy running, along with effective stretching and strengthening techniques. With several locations all over Indianapolis, this is a convenient place to satisfy all your running needs!

Blue Mile: Has been in the Indianapolis community 15+ years and is the destination for advice, expertise and encouragement for all runners and walkers. They are a specialty retailer that offers video gait analysis, expert fittings, and specialty product. They are also a part of Running Specialty Group, the parent company of a network of local running stores across the US, with the goal of inspiring, connecting, and serving runners everywhere.

Indy Runners: A volunteer, not-for-profit club that serves to promote running and walking as a healthy life-style activity and as a competitive sport. They offer several club runs and walks each week. They have a Sunday run at Ft. Harrison, Tuesday run at Hinkle Fieldhouse, Wednesday run and walk at the downtown Atheneaum YMCA, Thursday run in Broad Ripple, and a Saturday run and walk there as well

Browse RaceRaves in Indianapolis, IN

500 Festival Mini Marathon: “The Mini” is the country’s largest half marathon with 35,000 annual participants. The race is tied to a month-long build up to the Indy 500 at the Indianapolis Motor Speedway. The race course extends from the heart of the city to the famed oval and includes a trek around the legendary track before turning back to the city.

Indianapolis Marathon and Half Marathon: This mid-sized race features the scenic terrain of Fort Harrison State Park on the city’s east side. The race is timed to coincide with peak fall foliage season. The area surrounding the park is hilly by Indy standards so expect some challenges. The race, celebrating 20 years, was named by Runners World magazine as a Top 10 Marathon to do in 2015!

Indianapolis Monumental Marathon: Indiana’s largest and fastest growing marathon is among the 100 largest marathons in the world. The race takes over the city each fall and takes participants on a tour of landmarks and historic neighborhoods in the heart of Indianapolis. In addition to the Boston Qualifying Monumental Marathon, there is a half marathon, 5k, and Kids’ Fun Run.