This is a guide to running in Louisville, Kentucky. Separated from the state of Indiana by the Ohio River, Louisville is the largest city in Kentucky and the 29th largest in the country. The city was founded in 1778, making it one of the oldest west of the Appalachian Mountains. Since the late 1990s, the downtown has experienced significant residential, tourist and retail growth, including the development of Waterfront Park, opening of the openings of Louisville Slugger Field, the KFC Yum! Center, several museums, and the entertainment complex Fourth Street Live!  The city is proving increasingly popular among young professionals and college students.

Our guide to the best places to run in Louisville incorporates major developments to the downtown area such as Waterfront Park and paths along the Ohio River including the Big Four Pedestrian Bridge; and several notable parks, such as the Olmsted designed Iroquois Park, Joe Creason Park, Cherokee Park, and Seneca Park.

Unless you are staying right downtown, a car is generally required to get around the area. The TARC bus system runs downtown and to nearby suburbs.

Some of our favorite runs in Lousiville, KY

There's 10+ miles of running along the Ohio River! Mostly on pleasant dedicated paths through parks, with... more...

Two adjoining OImsted-designed parks, with designated 'scenic trails' through their centers. Among the best spots in Louisville... more... 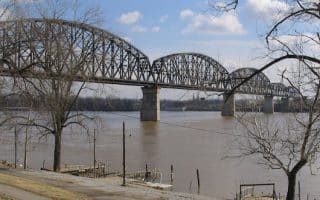 Along the Water | Iconic | Multi-Use Trails | Classic River Paths | Rails-to-Trails
There's 10+ miles of running along the Ohio River! Mostly on pleasant dedicated paths through parks, with great views. Paths on the Kentucky Side are ~7 miles, and 1.7 miles on the Indiana. The 2-mile Big Four Bridge is a spectacular run in and of itself.
Explore 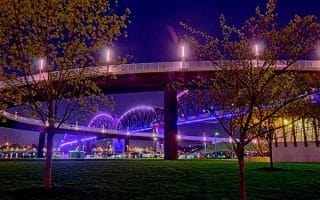 Great Views | Historic / Tourist | Bridges
From Louisville to Jeffersonville and back over Big Four Bridge, this run offers 2 miles of amazing city and river views and a display of Louisville’s more entertaining side.
Explore 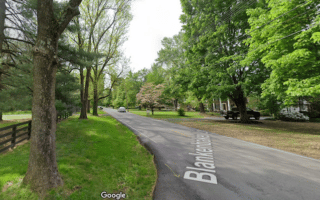 Gorgeous Residential | Hilly | Fantastic Neighborhoods
For some attractive residential neighborhood running in Louisville, we recommend the Indian Hills neighborhood. This area of tree-lined streets graced by attractive homes is south of the Ohio River, adjacent to the Louisville Country Club.
Explore 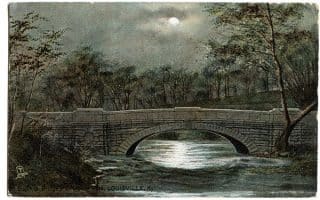 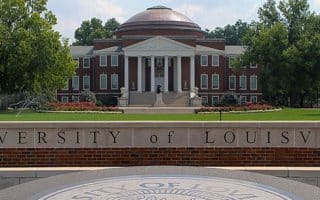 Universities
This 2.4 mile loop tours the country’s first city-owned public university. The University of Louisville is a university of many medical firsts, and a great place for some run-seeing. Or you can do a DIY running tour.
Explore 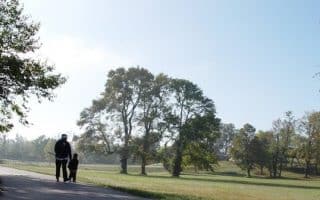 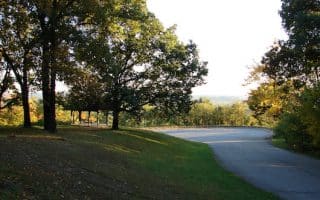 Hilly | Historic / Tourist | Multi-Use Trails | Parks | Olmsted
Designed by Frederick Law Olmsted as “Louisville’s Yellowstone”, Iriquois Park was planned to be a scenic reservation of forested hillside and vista views. There are several miles of trails and wonderful views of the city from the summit.
Explore 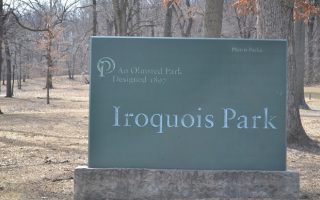 Gorgeous Residential | Fantastic Neighborhoods
A 3.6 mile loop through a quiet Louisville neighborhood. This loop begins at Iroquois Park and explores a surrounding neighborhood for a peaceful long run. For a longer run, or as part of this, enjoy Iroquois Park.
Explore 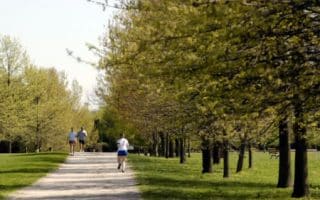 Parks
Activity-filled, 550-acre urban park 14 miles east of downtown with trails, birding, a pool, an archery range & more. The 1.25 mile Goose Creek Trail is the most scenic of the park's three trails. A signed 5k loop is also popular with runners.
Explore 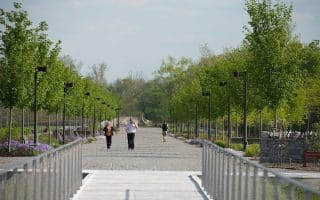 The Parklands of Floyds Fork

Along the Water | Iconic | Multi-Use Trails | Classic River Paths | Rails-to-Trails
There's 10+ miles of running along the Ohio River! Mostly on pleasant dedicated paths through parks, with great views. Paths on the Kentucky Side are ~7 miles, and 1.7 miles on the Indiana. The 2-mile Big Four Bridge is a spectacular run in and of itself.
Explore Louisville has warm to hot summers and cool winters. Average highs in July approach 90F (32C), and it can be quite humid as well. January highs average in the mid-40s, and it can fall below freezing at night. Snow and ice are occasional — be careful of surfaces in winter! Spring is gorgeous in this area. Precipitation falls fairly evenly throughout the year, and often comes in the form of thunderstorms in the summer.

Louisville Triple Crown of Running. Three races/events in the spring of various distances.