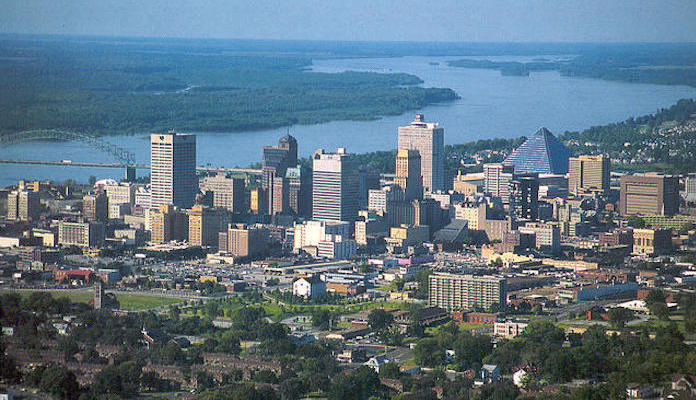 Memphis is the hub of the Chickasaw Bluff, the high floodplain which sits at the confluence of the Wolf and Mississippi Rivers. Entangled in a turbulent history of Native American and civil rights, Memphis emerged in the 20th century as a cultural center of the American South, especially noteworthy for Blues and Rock and Roll music. Running in Memphis features great riverfront paths, greenways, and parks.

The best places to run in Memphis include the Riverwalk along the Mississippi, Harbor Island, and a series of wonderful greenway trails: Shelby Farms Greenline, Wolf River, and Germantown routes. Shelby Farms Park is one of the largest urban parks in the country and has a great variety of trails. Audubon Park and Overton Park are popular for running. We’ve also mapped out ‘runseeing’ tours of downtown Memphis and the up and coming Cooper Young neighborhood.

The Memphis Area Transit Authority (MATA) bus service is quite extensive. There are also a number of free tour shuttles which offer hop on hop off service to some of the tourist hotspots. A special MATA shuttle runs to Shelby Farms Park on weekends. Memphis Running Tours offers group runs.

Some of our favorite runs in Memphis, TN

One of the largest urban parks of the country. Just west of downtown. 10-mile Greenline trail runs... more...

One of the gems of running in Memphis, with 342 acres of grassy public lands complete with... more... 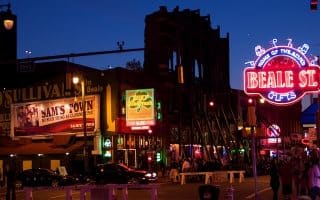 Along the Water | Historic / Tourist | Runseeing
Hit the top tourist destinations in Memphis with this tour of downtown, including Madison Ave, Beale Street, and the scenic Riverside Drive.
Explore 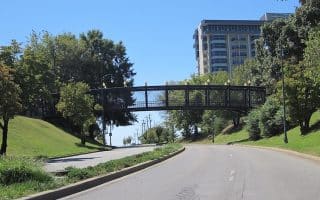 Along the Water | Great Views | Multi-Use Trails | Parks | Classic River Paths | Rails-to-Trails
This path bordering the Mississippi River is one of the gems of Memphis running. 3 mile loop from Martyrs Park in the south up to Union Ave (near downtown). Add-on: Big River Crossing, a new path along bridge over the river to Arkansas.
Explore 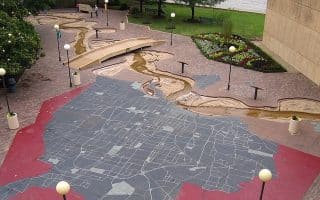 Along the Water | Gorgeous Residential
An upscale neighborhood just across a small bridge from downtown. High-end homes, marina views, and miles of trails. Good water views and lots of green space. A full tour of the island is about 7 miles, with many options to vary.
Explore 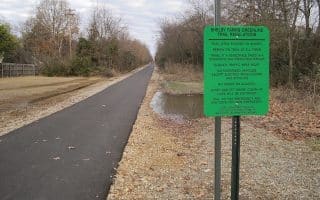 Multi-Use Trails | Parks | Rails-to-Trails
For a big city, Memphis has its fair share of green spaces, but when it comes to unlimited running it doesn’t get any better than the Shelby Farms Greenline, which stretches over 10.5 miles from Midtown Memphis to the Cordova neighborhood.
Explore 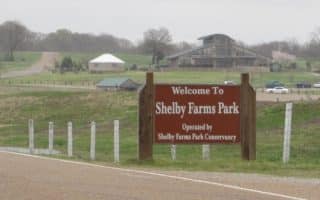 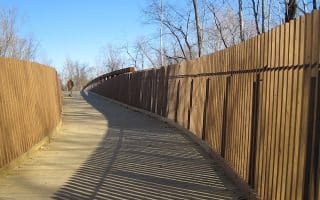 Along the Water | Multi-Use Trails | Parks | Rails-to-Trails
On the south end of Shelby Farms Park, the Wolf River Greenway meets up with the Germantown Greenway to form a network of paved bike paths perfect for a long or short run. As an out and back, the two greenways make up an approximately 9 mile route.
Explore 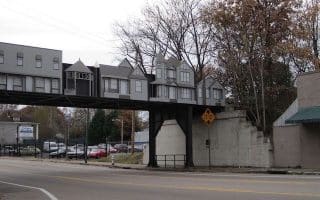 Historic / Tourist | Road Race Course | Fantastic Neighborhoods
Locals know that Cooper Young is one of the hippest neighborhoods in Memphis — a hub of arts and culture with a rich history and a tight knit community. It’s a wonderful place to stay if you’re visiting Memphis, and an especially great location for an urban run.
Explore 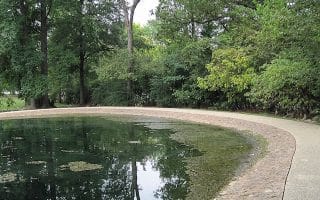 Iconic | Parks
One of the gems of running in Memphis, with 342 acres of grassy public lands complete with trails and endless sights. It even has a designated running loop. It's 4 miles west of downown.
Explore 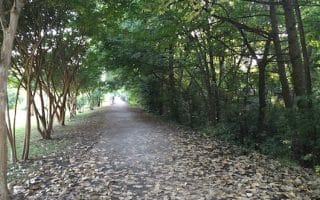 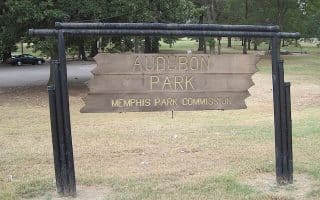 Parks
Audubon Park, just north of the University of Memphis’ Park Avenue Campus, is a long green space bordering a beautiful golf course. The surrounding neighborhood includes the Memphis Botanical Gardens and the Dixon Gallery and Gardens, both worth a detour.
Explore 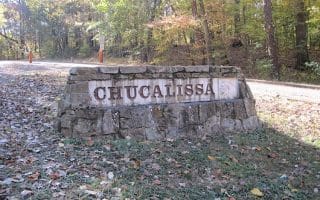 Iconic | Parks
One of the gems of running in Memphis, with 342 acres of grassy public lands complete with trails and endless sights. It even has a designated running loop. It's 4 miles west of downown.
Explore

Summers are hot and humid, with daytime highs in the 90s and warm nights. Be

aware of the heat of summer when planning your running. Winters are cool but never frigid, with average January high temperatures near 50F (10C) and lows around freezing. Snowfall is relatively rare. There are a handful of icy mornings every winter, so please be aware. Late Fall and spring are more pleasant for running. Note that Memphis receives 51 inches per year of rain – that’s 1.5x what New York gets. In the summer that often comes in the form of thunderstorms.

Downtown Memphis is fairly concentrated on the east side of the Mississippi. There is a strong cluster of hotels downtown, in the area west of I-69, South of I-40, and north of SRxs-78.

Fleet Feet Sports and Breakaway Running are the local shoe and route gurus.

Check in with the Memphis Runners Track Club for upcoming race info.

One event to check out is the Buffaglo Run, usually around New Years, which is a run in Shelby Farms Park, part of their Starry Nights display — 3.5 million lights!