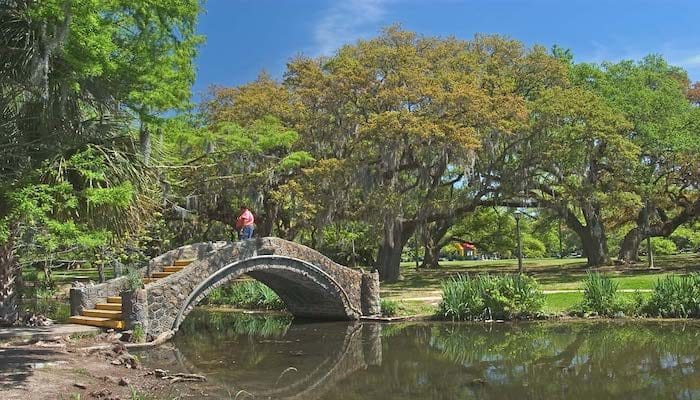 New Orleans is one of the more unique cities in the United States. The city on the Mississippi River is world-famous for its plenitude of unique architectural styles, which reflect the city’s historical roots and multicultural heritage. Its historic districts remain largely intact and are a popular tourist attraction. Known as the “Big Easy,” New Orleans is also known for its elegant galleries and restaurants, scenic shops of the Riverwalk esplanade and America’s greatest river, the Aquarium of the Americas, cobbled courtyards, wrought-iron balconies, and stucco walls. This is our guide to the best places to go running in New Orleans, Louisiana.

There are some good running options in New Orleans. There are paths along the Mississippi River, beautiful parks with graceful southern foliage, a pleasant run in the Garden District, and unique paths such as the Levee. The heart of New Orleans running focuses on the river paths near the Audubon Aquarium, out St. Charles St. and into the Garden District, and the Audubon Park/Tulane University area. City Park is a running oasis about 4 miles north of the French Quarter. One can also run through the streets and architectural wonders of the French Quarter, but proscribing a particular run is a challenge and the area tends to get very crowded. A brand new 2.5 mile bike/pedestrian trail, the Lafitte Greenway, now connects the French Quarter to City Park, paralleling Canal St. Running on Canal St., the heart of the downtown commercial area, is not so hot.

And speaking of heat, New Orleans is famous for its heat and humidity, so be wary in the summer months.

Some of our favorite runs in New Orleans, LA 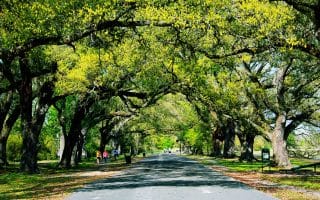 One of the most popular routes for running in New Orleans. Upwards of 3,000 people run under a leafy canopy of live oaks and alongside a little lagoon, each day.
Explore 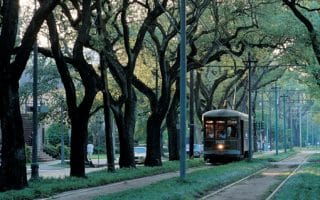 Beautiful, historic neighborhood for running, with elegant homes and a canopy of live oaks. Run with the trolleys along St. Charles Ave., then explore the Garden District neighborhood south of St. Charles.
Explore 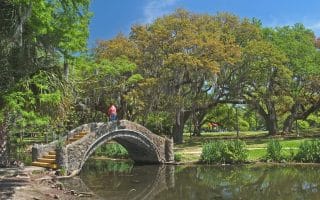 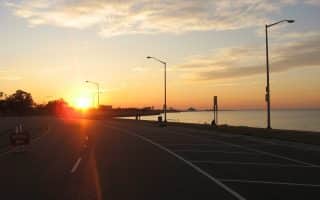 If you’re looking for a path along the water, the Lakefront route runs along Lakeshore Drive. Enjoy the warm breezes of Lake Pontchartrain.
Explore

A nice 5.3 miles, the Levee Path, just across the water from downtown, is a great dedicated trail option for runners along the Mississippi River.
Explore 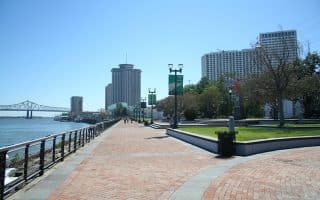 A very popular place for weddings, the beautiful Woldenberg Park lies directly next to the Mississippi River.
Explore 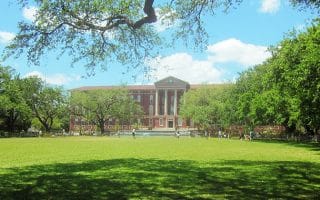 A lovely run around a beautiful urban campus, plus add-ons in the surrounding area.
Explore 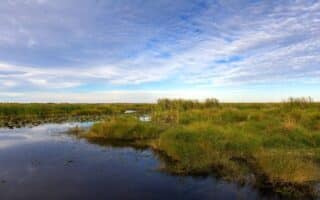 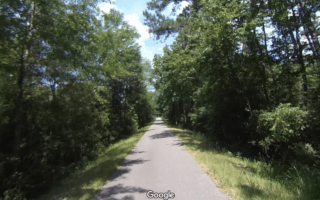 One of the most popular routes for running in New Orleans. Upwards of 3,000 people run under a leafy canopy of live oaks and alongside a little lagoon, each day.
Explore

New Orleans has a humid subtropical climate. Winters are mild, and great for running. Summers are about as hot and humid as it gets. Temperatures in summer exceed 90 almost daily, and rarely fall below 70. New Orleans gets a boatload of rain, nearly 63 inches annually, with tropical downpours and thunderstorms very frequent in the spring through fall.

Be aware of the weather and hydrate. Several of New Orleans top notch hotels are located in the downtown area, and near the French Quarter. Closer to the Mississippi is the Hilton New Orleans Riverside – known for its high tech business center, river views, and the large Rivercenter Racquet and health club.