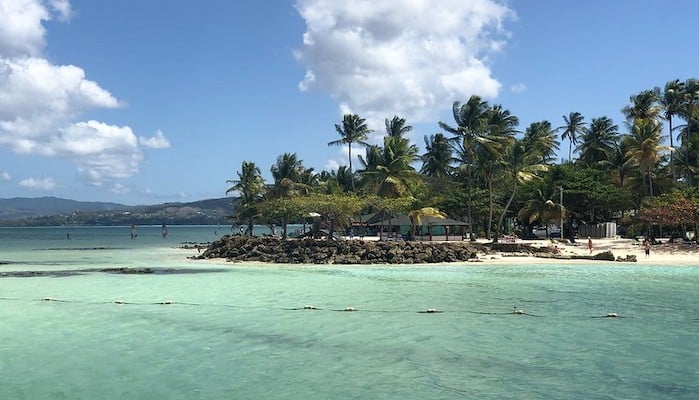 Trinidad and Tobago is a Caribbean nation consisting of two main islands off the coast of Venezuela. This multi-cultural country is known for its fossil-fuel wealth, white sand beaches, and biodiversity. Even though there are limited roads and generally smaller beaches, there are some great places for running on Trinidad and Tobago.

Among the best places to run on Trinidad and Tobago: On Trinidad, the larger of the two islands,  Queen’s Park Savannah, a huge park in the center of the islands’ capital of Port of Spain is a top running spot. Other key locations on Trinidad include the waterfront of the Chaguaramas Boardwalk and the roads surrounding the Chaguaramas Golf Course. We’ve also pointed out the best beaches for running all over Trinidad. When it comes to running on Tobago, top spots include Pigeon Point Beach, the Tobago Plantations, and the trails of No Man’s Land and Pirate’s Bay.

Rental car travel is the best way to get around Trinidad and Tobago, although taxis are suitable for short distance travel. Taxis look like regular cars, but the license plates start with the letter “H.” There is a public bus system in major cities, but service is somewhat unreliable. If you wish to hop between the islands, there are private ferry services at Port of Spain and Scarborough.

Some of our favorite runs in Trinidad and Tobago 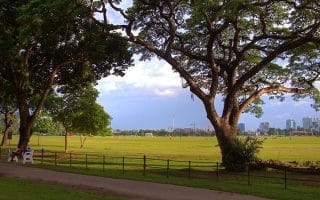 The best running spot in Trinidad & Tobago's capital city. Landmarks, striking homes, and an lots of green. We've mapped a nice 4-mile run around the perimeter roads, but there are also some nice interior trails.
Explore 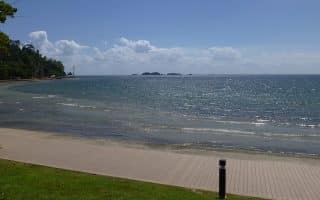 The beautiful Chaguaramas Boardwalk borders the St. Peters and Williams Bay waterfronts for nearly 6 km. It's a combination of boardwalk and paved bike lane.
Explore 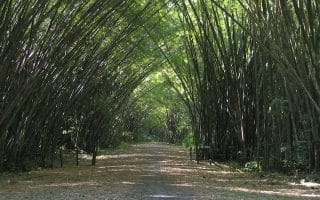 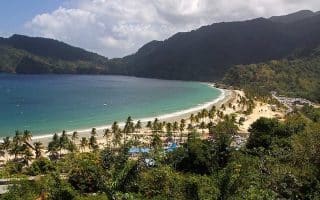 Trinidad is known for its beautiful beaches. Not all of them are suited for running, but we’ve pointed out the best stretches for flat sand and long runs.
Explore 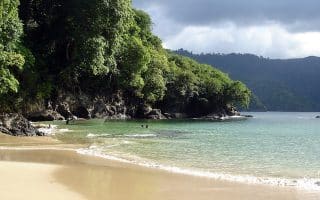 Although there aren’t many runnable roads on the small island of Tobago, there are some very pretty spots, each of them unique. Best options for trail and beach running: Pigeon Point, the Tobago Plantations, No Man’s Land, and Pirate’s Bay.
Explore

The best running spot in Trinidad & Tobago's capital city. Landmarks, striking homes, and an lots of green. We've mapped a nice 4-mile run around the perimeter roads, but there are also some nice interior trails.
Explore

Trinidad and Tobago has a maritime tropical climate, with a dry season in the first five months of the year, and a rainy season dominating the remaining seven months. Daytime Temperatures are very even throughout the year, averaging 30-31C (87F). Please use caution in the heat, as many of our routes are exposed. Nighttime temperatures are warmer in the wetter summer months, and it’s overall more humid then too.

The most popular areas to stay in Trinidad include Port of Spain, San Fernando, and Point Fortin. On Tobago, hotels are more dispersed around the coast.

A selection of sports and shoe shops can be found along the west coast of Trinidad, primarily in Port of Spain.

There are also a few clubs, including Run Trinbago, TNT Fun Runners, and the Trinidad and Tobago Road Runners Club. Contact them to join and for more info about group runs!

The Sea to Sea Marathon (and corresponding half marathon, 5k, and 10k races) is one of Trinidad and Tobago’s most popular running events. Typically held in mid-May.

The Trinidad and Tobago International Marathon is also well-attended.

There may be other short races throughout the year.