No Thanks
Nantes, France 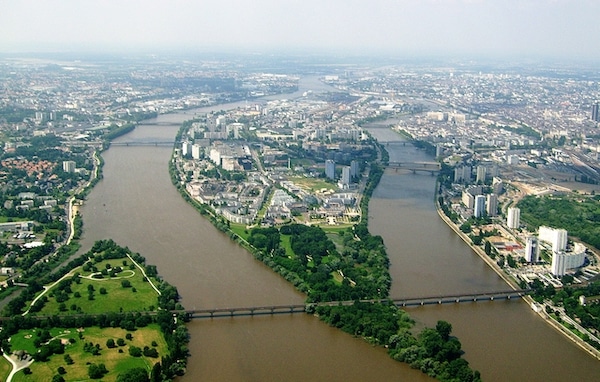 This is a 10k loop of the Île de Nantes, featuring mainly the waterside roads and paths on the north and south sides of the island. It’s great as a stand-alone run, or can be combined with our other central Nantes routes. Start on the north side of the Loire River for 1 km on the paths, crossing the pedestrian bridge, Passerelle Victor-Schoelcher,  over to Île de Nantes. Head east on the road/path along the south bank of the Loire River. There are good views of the water.

Just east of the Pont Général Audibert, there’s a dedicated waterside path, which continues to Beaulieu Park at the east end of the island at the 4 km mark. Do a loop of the park’s shaded paths. Here, you can retrace your steps, or follow our route along the road/path on the south side of the island for ~2.5 km. At Boul. Victor Hugo, turn LEFT, run for 1 km, then LEFT at the rotary at the Place de la République. To complete the route, turn RIGHT on Boul. Léon Bureau, passing by the iconic Parc Chantiers and Les Machines de l’Île, crossing the bridge back into Nantes.

Add-Ons: Paths on the north side of the Loire River, or our other routes in central Nantes.

The best run in Nantes. Paths on both sides of the river pass by elegant buildings, pleasant... more...

A loop around Île Pinette and Île Forget is one of our favorite running routes in Nantes.... more...