No Thanks
Sherbrooke & Eastern Townships, QC 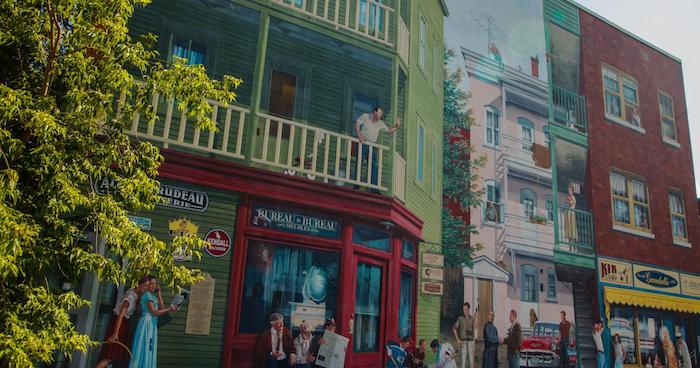 This is a route combining Sherbrooke’s famous murals with one of the nicer residential neighborhoods close to down. Over the last fifteen years, Sherbrooke has been trying to animate its old downtown area by creating 18 enormous murals to cover large vacant walls of the neighborhood. We’ve mapped the 4.4 km ‘walk’, that can also be done with a run! The tour starts on Rue Bowen near Parc de la Saint-François, and ends right near Sherbrooke City Hall.

To make this a longer run, we’ve added a tour of the Old North Ward —  Sherbrooke’s nicest neighborhood for running. There are quiet tree-lined street, parks, and nice older homes. From the end of the murals tour, using our map as a guideline, take Rue Dufferin/Prospect, and then enjoy the north-south streets such as Rue Quebec, Rue Ontario, etc., generally staying east of Blvd. Jacques-Cartier. Make sure to include a jaunt around the pleasant Parc du Domaine-Howard. For more, or variety, you can also run on the Lac des Nations path just south of this neighborhood. Note: the second half of this run is hilly!