No Thanks
Cairo, Egypt 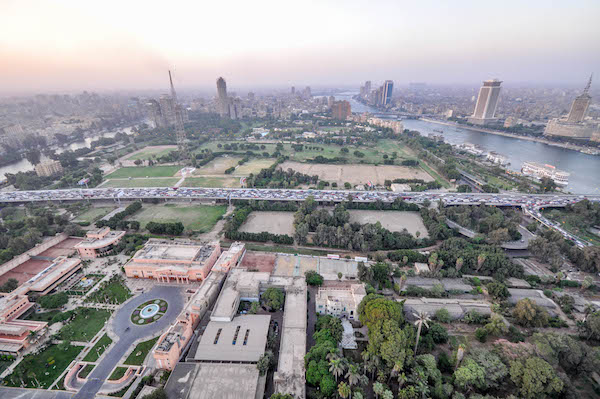 Gezira Island is one of the best places to go running in Cairo. The Zamalek area on the northern part of Gezira is an affluent residential neighborhood, popular with business types and ex-pats. The southern part of the island is home to several office buildings, the Cairo Tower, the Opera House, and the Museum of Modern Egyptian Art.

The best bet for running is along the Nile River on the western side of the island, on Abou El Feda road, which runs for 4.4 km from the Left Bank restaurant in the north to the Museum in the south. There’s a dedicated pathway along some of the road, but mainly it’s a runnable sidewalk. For variety or an add-on, run on some of the interior residential streets, particularly on the northern side of the island. In the middle of the island is the Gezira Sporting Club, which boasts a horse track that’s open to the public and popular with runners.

Note: Even though this is one of the best places to run in Cairo, the area can still be choked with cars and the air can be polluted. Pro tip: run on Fridays!