No Thanks
Chengdu, China 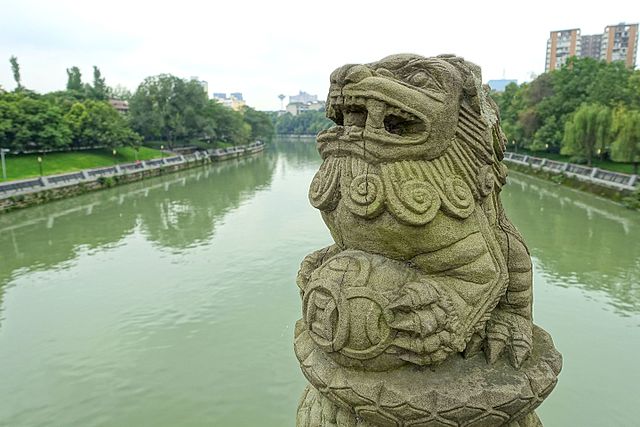 There are several kilometers of paths and sidewalks along or above the Jinjiang River, which we’ve divided into a couple of sections. In central Chengdu (inside the 1st Ring Rd.), there’s a 7.6 km section of river path that runs from Culture Park (near Huanhuaxi Park) east to Wangjianglou Park. We’ve mapped the route along the north bank, but there are also paths along a good part of the south bank. There are several small bridges connecting the two banks, which are only 100m apart.

It’s possible to combine these two sections — there’s a ~1.5 km gap in the ‘river path’.

Add-Ons. Add on with paths in Huanhuaxi Park at the western end of the river route. Also some paths in Wangjianglou Park and a small lake in Donghu Park. In the central park of Chengdu, just north of the river path, are Culture Park, People’s Park, and Tianfu Square — all part of our ‘runseeing tour‘ that incorporates a 5 km section of river path.

Greenbelt Cycleway and Parks for Running

Connect some of Chengdu’s best parks on this “Greenway” route on a 25 km cycle path. The... more...