A Comprehensive Guide to the Best Places to Run Ankara 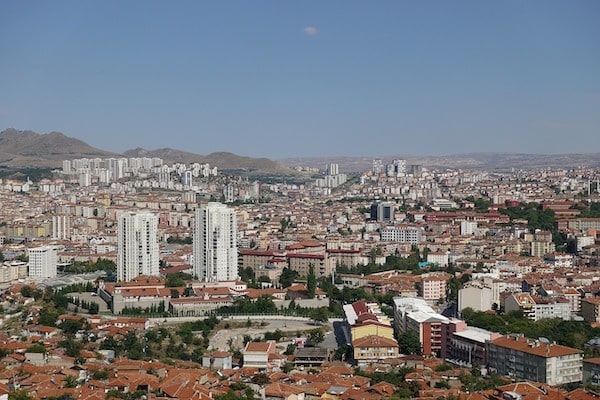 Ankara is the capital of Turkey and the country’s second largest city. It’s an ancient city, with a rocky hill rising 150m to the Ankara Castle at its center. Finding a good place to run in Ankara can be a challenge. You can’t expect to walk out the door of a random hotel and start running — the city is crowded, and a bit of a concrete jungle outside the historic center. Note: running in Ankara can be very hilly!

There are some decent spots for running in central Ankara. The highlight is Gençlik Parkı, a nice green oasis, which can be combined with a nearby track and the stairs to Ankara Castle if you’d like to get the heart rate up. Another running ‘experience’ in Ankara is the approach to the Ataturk Mausoleum (Anıtkabir), which also has a running track nearby. Good additional parks for running include the combination Independence Park and 50th Year Park, and Dikmen Valley Park in the southern part of the city. The paths around Metu University (ODTÜ) are good for running. Trail runners will love then adjacent Metu Forest. A good spot for a running ‘excursion’ is the loop around Lake Eymir, which is near Metu Forest.

For getting around Ankara, a metro serves the central city pretty well. Runners should be aware that Ankara winters can be cool to cold and somewhat snowy.

Some of our favorite runs in Ankara, Turkey 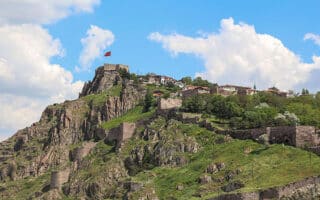 Great Views | Hilly | Historic / Tourist | Estates and Castles
Get your heart rate up while enjoying some history and views! A series of stairs lead from Evi Park to Ankara Castle, which is built on a rocky hilltop, offering panoramic city views. Can combine with older, hilly roads in area and/or Gençlik Park, 1.2 km from Evi Park.
Explore 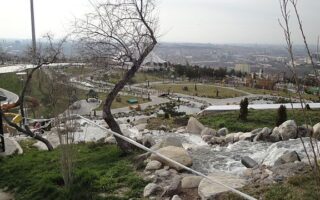 Hilly | Parks
Independence Park and 50th Year Park are two parks just south of the old city that are pleasant for running. They can be run standalone or combined. 50th Year Park is particularly scenic, with hilltop views of Ankara and nicely landscaped paths.
Explore

Along the Water | Great Views | Lake Loops
Natural lake located 20 km of Ankara is one of the most scenic spots in the area for a run. A full loop around the lake on the very runnable road is 10.6 km, and features some lovely views. Can be combined with trail running in adjacent Metu Forest.
Explore 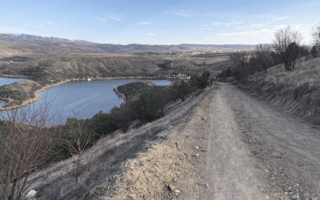 Along the Water | Great Views | Hilly | Iconic | Trail Running | Universities
Huge area for with lots of running variety. Large university campus has many km of paths. The adjacent 7,500-acre METU Forest is a great spot for hilly trail running. Lake Eymir has a 10.5 km road around its perimeter with great views.
Explore 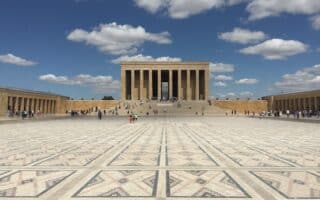 Historic / Tourist | 'Unique' Runs
Running along the massive plaza up to the Ataturk Mausoleum is a breathtaking experience. There's a grand, nearly 1 km approach, built on a huge scale. Combine this with other area roads/paths, and a running track across the street.
Explore 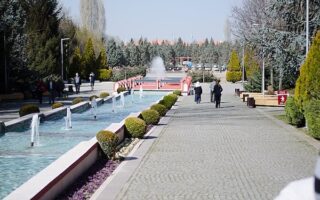 Parks
This man-made park in a sunken valley in south Ankara is a good spot for a longer off-road run. A loop around the park is ~5 km on concrete paths surrounded by trees, landscaping, and a lake. Note: hilly!
Explore

Along the Water | Great Views | Hilly | Iconic | Trail Running | Universities
Huge area for with lots of running variety. Large university campus has many km of paths. The adjacent 7,500-acre METU Forest is a great spot for hilly trail running. Lake Eymir has a 10.5 km road around its perimeter with great views.
Explore

Ankara has a cold semi-arid climate with warm to hot summers and cool to cold winters. The city’s elevation contributes to the colder winter weather and keeps temperatures more moderate in summer (for Turkey). Average summer high temperatures are in the 30C (86F) range, though nights cool off pleasantly. Winter temperatures are a bit above freezing by day (4C, 40F) and a bit below it at night (-3C, 26F). There can be some snow in winter. Summers are quite dry.

If you stay in the Old City area south of the D200, there’s access to several of our good running routes. All our other routes are well served by the subway, except Lake Eymir.

There are outlets for several running shoe and apparel companies in Ankara. See the overview map on the city home page.