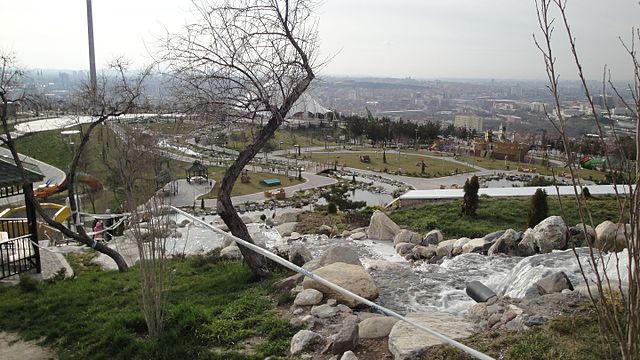 Independence Park and 50th Year Park are two parks just south of the old city that are pleasant for running. They can be run standalone or combined. Independence Park (Kurtuluş Parkı) is a pleasant park that makes for a green oasis, with nice paths and a fountain. A loop is ~1 km. Bonus: lit at night!

About 1 km from Independence Park is the hilltop 50th Year Park (50. Yıl Parkı), a sprawling city park offering views of Ankara, on nicely landscaped, rolling hill paths with some lovely flowers and plants. A loop of the perimeter is ~1.5 km, with options for additional paths.

The Kurtuluş subway station is a good access point for both parks. To connect the two parks, use Erdem Sk. Note: it’s a hilly climb between the two parks — nearly 100m.