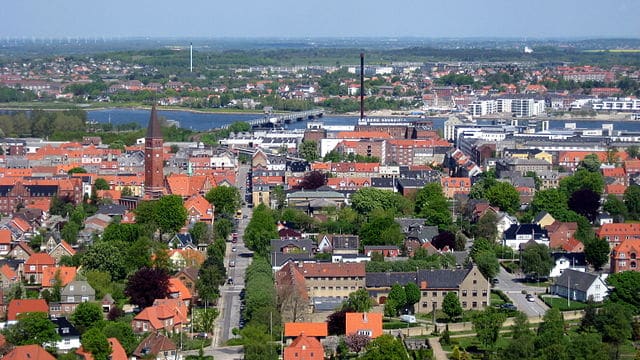 Aalborg is the fourth largest city in Denmark. Located in North Jutland at the narrowest point of the Limfjord, Aalborg has a scenic setting and is an important cultural centre. The best places to run in Aalborg are on the city’s waterfront and in its numerous parks.

Near the center of town, there’s several km of scenic running along Limfjord Sound, including a section across the water in Lindhom. It’s also worth it to hop on the short ferry for some pastoral running on Egholm Island. Also near the center is a nice route combining two parks: Kilderparken & Mølleparken. In the southeastern part of the city, there’s nice running in the area of Bundgårdsparken, Aalborg University, & Gug Alper. Nearby is another nice park, Sohngårdsholmparken, on the grounds of a former manor house. For some scenic trails around wetlands, head to Østerådalen.

Some of our favorite runs in Aalborg, Denmark

The 7-8 km of waterfront paths along Limfjord Sound are among the highlights of running in Aalborg.... more... 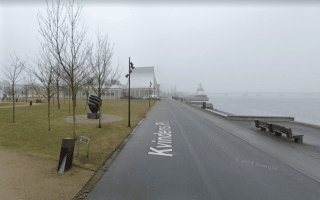 Along the Water | Iconic | Seaside Promenades
The 7-8 km of waterfront paths along Limfjord Sound are among the highlights of running in Aalborg. We've put together a route that can be used as a guideline, includes a section across the water in Lindhom.
Explore 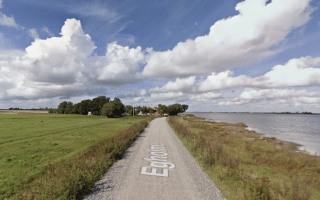 Great Views
Scenic running on lovely gravel roads along the water and past farm fields. Egholm Island is reachable via a ferry, located 2 km west of Aalborg centre, that takes 5 minutes and runs every 1/2 hour. And very few cars!
Explore 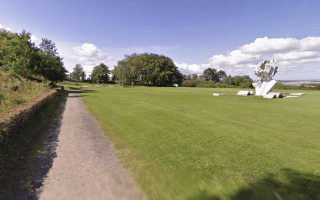 Great Views | Trail Running
A short, scenic run in Østerådalen, a wetlands park in the southern part of Aalborg. A series of trails and some boardwalks wind around several bodies of water, with nice views of the wetlands and grasses.
Explore 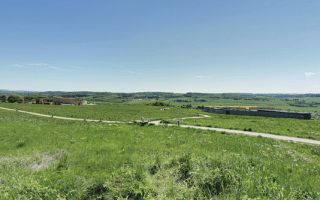 Parks | Universities
A nice run in the southeastern part of Aalborg that combines three elements: Bundgårdsparken park; the campus of Aalborg University; and the small Gug Alper hiking area. All connected by multi-use paths.
Explore

Parks
Paths & lawns surround an 1800s manor house in a park famed for its many varieties of apple tree. 5-6 km of nice gravel trails wind around green, open terrain. Located in the Vejgård area in southern Aalborg.
Explore

Along the Water | Iconic | Seaside Promenades
The 7-8 km of waterfront paths along Limfjord Sound are among the highlights of running in Aalborg. We've put together a route that can be used as a guideline, includes a section across the water in Lindhom.
Explore

Aalborg has short, mild summers and long, chilly winters. The maritime location moderates the temperature, and the northern latitude make for seasonal extremes in day length. Precipitation is evenly spread through the year. There can be snow and ice in winter. And lots of overcast.

Try to stay near the centre inside the O2 road to have access to some of Aalborg’s best running routes.

The Aalborg Brutal Marathon is among the signature running events on the calendar. Usually on Good Friday.