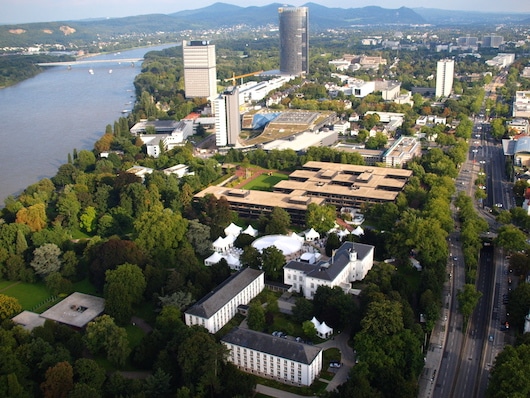 Bonn is a city of about 300,000 on the banks of the Rhine in the state of North Rhine-Westphalia. Located only 25 km south of Cologne, Bonn was the capital of West Germany from 1949 to 1990.  The best running in Bonn centers around the river, though there are numerous parks and preserves near town that are also great. There’s hillier running southeast of town in the Siebengebirge, known as the “Seven Hills”.

The signature run in Bonn is along the extensive series of paths along the east and west banks of the Rhine, connected by several bridges and short ferries. The Siegaue Nature Preserve has nice paths around an estuary that can be run separately or as an add-on to the Rhine paths. Another great place to run in Bonn is our Parks and Castles 10k, includes Kreuzberg Palace. For some flat, wooded trails, head to Kottenforst. And for a hilly run, enjoy the roads and paths of Königswinter, centered around the iconic Drachenburg castle. For even more in the area, we have numerous routes in nearby Cologne, easily reached by car or transport.

See Also Our Guide to Nearby Cologne

The signature run in Bonn is to explore the paths and parks along the Rhine River. There... more...

Located in the German federal State of North Rhine-Westphalia, Cologne is the fourth populated city in Germany.... more... 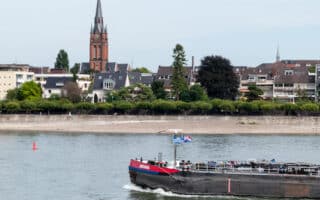 The signature run in Bonn is to explore the paths and parks along the Rhine River. There are 10+ km of paths on the east and west banks, with numerous bridges and short ferry crossings allowing for loop options. Great water & skyline views, numerous parks.
Explore 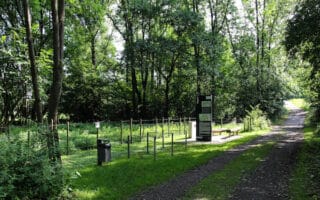 This nature preserve along the east bank of the Rhine River, not far from central Bonn, is a lovely spot for a run, featuring paths around wetlands and farmland, with some sections along the river, and some wooded areas.
Explore 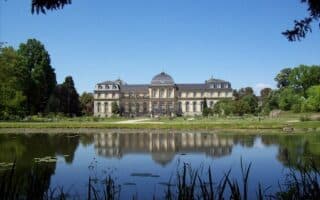 This is a nice 10k route in the western side of Bonn that has lot of different features: some small parks, a botanical garden, a tree-lined allée to a palace, Kreuzberg Hill, and multi-use paths along a stream.
Explore 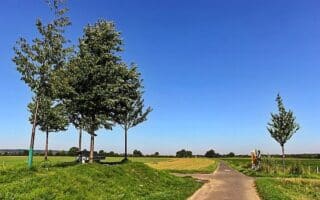 About 5 km of paths around fields and farms, in the Messdorf area just west of central Bonn. There's also a running track in the area.
Explore

Large wooded area with many km of mainly wooded paths. There are some wider, allée type paths, and some more rugged trails, combination of paved and wooded. Especially beautiful in winter.
Explore 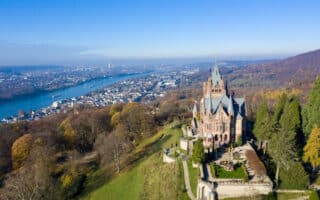 Numerous roads and trail running options in this popular summer resort area. Run on a hilly road to the iconic Drachenburg Castle. Or take the cog railway to the top to access trails from there.
Explore

The signature run in Bonn is to explore the paths and parks along the Rhine River. There are 10+ km of paths on the east and west banks, with numerous bridges and short ferry crossings allowing for loop options. Great water & skyline views, numerous parks.
Explore