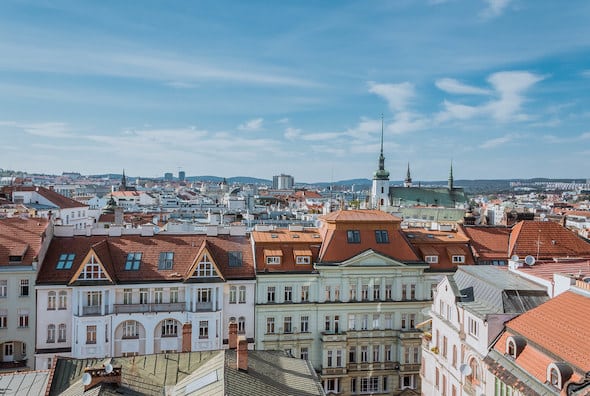 Located at the confluence of the Svitava and Svratka rivers, the former Moravian capital of Brno is the second largest city in the Czech Republic. It’s an increasingly popular visitor destination, known for its large exhibition center and budding music scene. There’s some quite nice running in Brno, with some good options in the city center area inside of the 42 Ring Road. Nice combination of river paths, parks, and a large number of forest parks.

Brno boasts one of our best ‘runseeing‘ tours, combining the historic centre, Lužánky Park, the grounds of Špilberk Castle, and the hilltop Cathedral of St. Peter and Paul. There’s also 10 km of paths along the Svratka River, and many km along the narrower Svitava River. A good running destination is the popular Brno Reservoir, which can be combined with some nice running around Veveří Castle. There’s also some good trail running in the numerous forest parks in the Brno area, which feature wooded, hilly trails.

For getting around Brno, there’s a good network of tram lines and an extensive bus system. Runners should note that Brno winters are chilly and mainly overcast.

Some of our favorite runs in Brno, Czechia

One of our favorite 'runseeing' tours in Europe. Explore the largely pedestrianized old town, Lužánky Park, the... more... 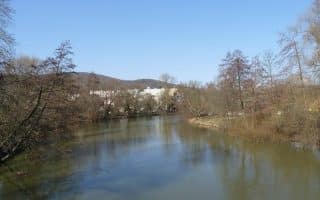 Some 10 km of pedestrian & cycle paths along the Svratka River, just south of the centre. We've mapped a southern loop of 6.4 km, and a northern route of up to 7 km one-way. Nearly all off-road.
Explore 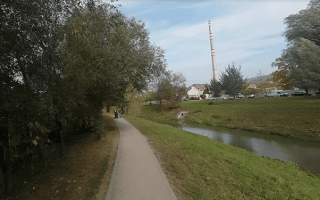 Many km of running possible along the narrow Svitava River in the eastern part of Brno. Combination of dedicated path & small road. Water views and a good option for a longer off-road run.
Explore

Hilly running in the leafy Wilson Forest Park is rewarded by great city views! Combine with Kraví hora Park for a nice ~5.4 km loop, or make it even longer by using the connector path to Špilberk Castle.
Explore

Some decent running on waterfront and forested paths at this popular swimming & boating site. At Veveří Castle, enjoy some quiet farm roads, or trail running across the pedestrian bridge.
Explore

Popular recreation spot at the eastern edge of Brno features many km of mainly wooded trails for running. Some easier multi-use paths and some narrower, hillier trails.
Explore

Enjoy a wooded trail run in one of Brno's forest parks. There are several significantly sized ones located in the metro area. We've listed some of our favorites. Create your own route! Many of these parks are fairly hilly.
Explore