Cancún and the Mayan Peninsula, Mexico 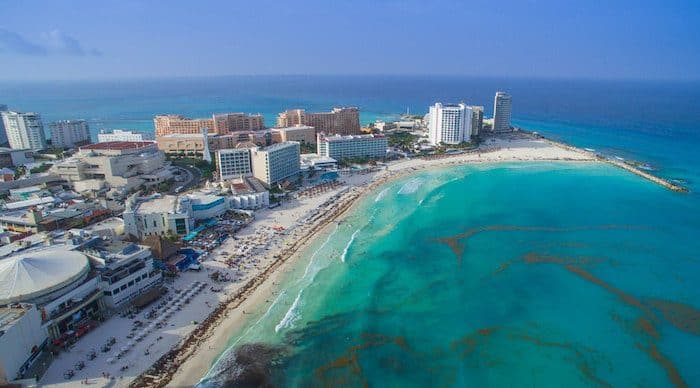 Cancún is located on the northeast coast of the Yucatán peninsula and is a popular vacation destination owing to its great beaches, numerous hotels, reliably good weather, and relative proximity to the United States. It’s also the northern anchor point of the ever-growing Riviera Maya (Mayan Peninsula), which stretches along Highway 307 south to Tulum and is lined with beach resorts looking out to the Caribbean Sea. Despite the sea, beaches, and good weather, the options for running in Cancun and vicinity aren’t great. There are few secondary roads or multi-use paths, and no major public parks. But we’ve done the research to find you the best places to run in Cancún. Also below are running guides for Isla Mujeres, Holbox,  Playa del Carmen, Cozumel, and Tulum. Our thanks to Antonio at the Ritz Carlton for his advice on some sections!

Some of the best running in Cancún’s ‘hotel zone’ is on the fairly well packed sand of the lovely, wide beaches. There’s also a 10 km section of the main road that has a separate multi-use path that’s popular with runners. Unfortunately most of your views will be of hotels rather than the sea. We’ve also researched some of the better running options in the area and along the Mayan Riviera, including Isla Mujeres, Holbox, Cozumel, Playa del Carmen, Playacar, and Tulum. Some of the mega all-inclusive resorts are big enough where one could put together a few km along their well-manicured paths, even using the beach as a connector to run between them.

A few items to be aware of when running in this area. The weather can be very hot and humid, so going early or late might be recommended in certain seasons. In central Cancún, use caution and consider running with a buddy and not at night. There are some buses running between downtown Cancún and the hotel zone, and along Highway 307 (allowing for a one-way run).

Some of our favorite runs in Cancún and the Mayan Peninsula, Mexico 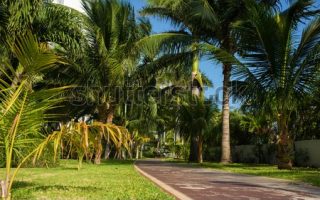 There are basically two options for running in the 'Hotel Zone': along the nicer sections of beach, or the sidewalk paralleling the main road, Kukulcan Blvd. There's a red-colored bike for between km 10 and km zero. Not beautiful, but functional
Explore 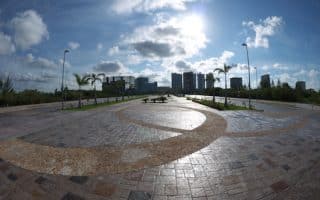 In central Cancun, the best options for running are: the bike path that extends towardd the hotel zone for 10 km; Malecón Tajamar, which has some nice water sections; Kabah Park's 2.5 km of paths, the some quieter streets around the port.
Explore 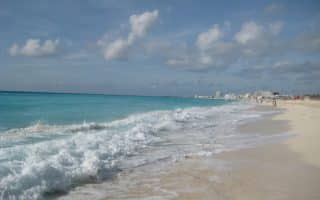 Classic beach running, with views of turquoise waters and and firm, packed sand near the water. The best section is the 9 km between Playa Forum and Playa Delfines, which is wide, continuous, and open to the public.
Explore 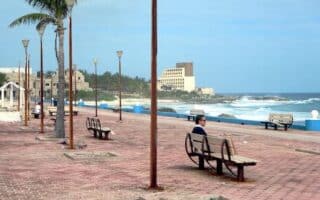 This island located 13 km from Cancun is great for running! Best bet is the 7+ km waterfront run on the east side. For a unique run, do speed work on the former airport runway. The beaches on Isla Mujeres aren't great for running.
Explore 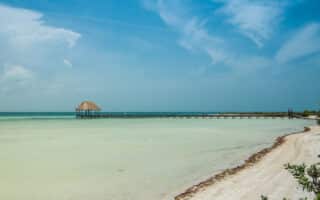 A run on sand paths and beach on this car-free island a short ferry ride from Chiquilá. Some nice water views.
Explore 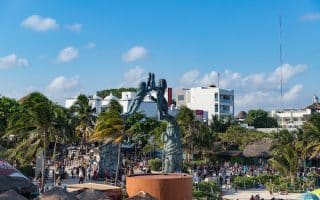 Coastal town on the Riviera Maya. Best running options are the pedestrian path along the Quinta Avenida, several beach sections, and a lovely loop around the golf course in Playacar, a high-end neighborhood just to the south.
Explore 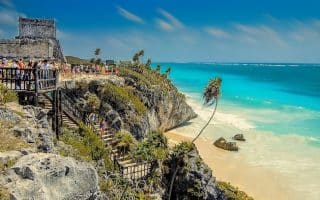 Ancient Mayan port city of known for its well-preserved ruins, archeological park, and beautiful beach. Best running options are several bike paths, the 1.5 km along the beach, and paths around the ruins.
Explore 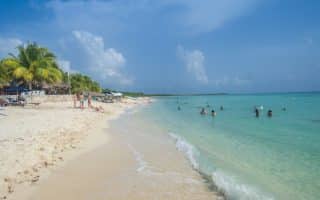 This resort island 12 miles east off the east coast of the Yucatán Peninsula is FABULOUS for running, owing to many dozens of km of dedicated, waterside paths. Oceanfront running on both the more developed west side and the more rugged east side.
Explore

Winter is drier and less humid, with more sunny, clear days and daytime temperatures averaging near 80F (26C) and occasionally cooler nights. Precipitation can happen at any time of year but occurs more frequently in summer in the form of brief but heavy downpours.

Well, the Hotel Zone isn’t called that for nothing! To access a decent running path, stay between km zero near and km 10.