A Guide to running in Charleston and nearby Kiawah Island 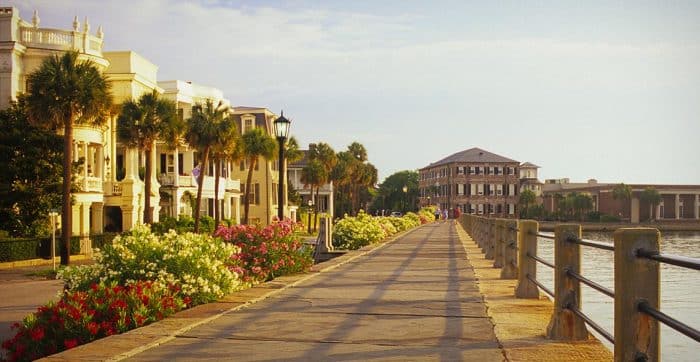 A popular visitor destination, Charleston, South Carolina is known for its rich history, antebellum homes, and attractive setting on Charlestown Harbor. The main downtown area is known as ‘the Peninsula’, separated by the Ashley River to the west and the Cooper River to the east, with The Battery at its southern end. Across the water, Fort Sumter is where the first shots of the Civil War were fired. Running in Charleston is a treat, with numerous scenic and historic routes, taking advantage of the city’s waterfront setting, historic architecture, and numerous rivers that spill into the harbor.

The best places to run in central Charleston are, naturally, the gorgeous streets of the historic district and some nice waterfront running as well. Just north of downtown, there’s a nice run combining historic Hampton Park and The Citadel campus. Another memorable route is to run from downtown Charleston to Patriots Point, using the imposing Ravenel Bridge, which has a wide, protected pedestrian path and great views. Just over the bridge near Patriots Point, the Mount Pleasant Historic District is a  ‘hidden gem’ run. We also recommend  Sullivan’s Island for more waterfront and beach running. A good nearby running ‘excursion’ is James Island Country Park. For a longer off-road run close to Charleston, the West Ashley Greenway parallels US 17 for 8 miles. For a great destination run, head to Kiawah Island for 10 miles of fantastic beachfront running and 30 miles of bike paths. Further north, see our guide for Myrtle Beach.

The central part of Charleston is very walkable. The bus system is operated by the Charleston Area Regional Transportation Authority (CARTA).  Note that Charleston’s summer weather is very hot and humid, featuring near daily downpours and thunderstorms.

Some of our favorite runs in Charleston, SC

A great 4.3 miler along the water, highlighting Waterfront Park, The Battery, waterfront paths along Murray... more... 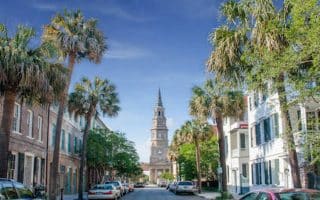 Along the Water | Gorgeous Residential | Historic / Tourist | Fantastic Neighborhoods | Runseeing
Lots of ways to explore Charleston's spectacular historic district. Get up early and create your own route before the crowds hit. We've mapped an outline route and also a lovely 2.6-miler 'straight shot' on pretty streets to Colonial Lake. Many options to vary.
Explore 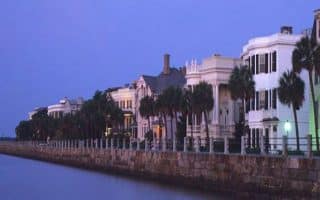 Along the Water | Iconic
A great 4.3 miler along the water, highlighting Waterfront Park, The Battery, waterfront paths along Murray Blvd., and a loop around Colonial Lake.
Explore 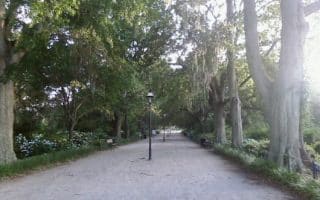 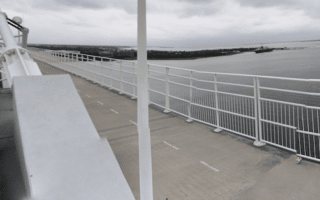 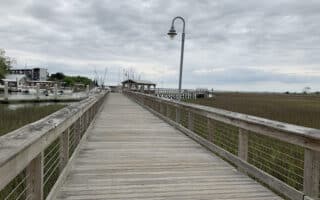 Gorgeous Residential | Great Views | Fantastic Neighborhoods
One of the hidden gems for running in Charleston. There are waterfront boardwalks, gorgeous homes, and a pedestrian ocean walk at the end of Pitt St. Some nice additional running options in the northeastern part of Mount Pleasant, as well.
Explore 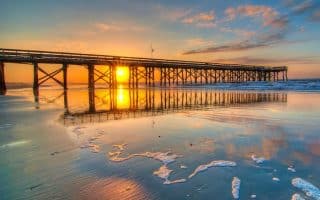 Sullivan’s Island and Isle of Palms

Along the Water | By the Beach | Bridges | Great Beach Runs
A worth-it destination run, located east of Charleston. Enjoy 2.5 miles from the mainland to Sullivan's island with wetland and water views. On the island, there are nice waterfront roads, attractive homes, and great beach running.
Explore 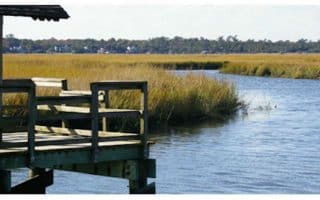 Parks
A nice running destination only a few miles from downtown. There are 4-5 miles of trails through woods and along tidal creeks. Some nice views.
Explore 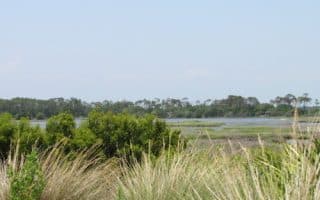 By the Beach | Gorgeous Residential | Multi-Use Trails | Great Beach Runs
This popular beach and golf resort is a barrier island 24 miles southwest of Charleston. It's a treat for running, with 10 miles of beach with packed sand, and 30 miles of bike trails. Private island but public can enter by foot.
Explore 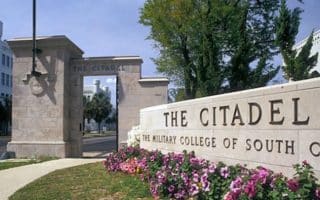 Along the Water
A beautiful run along the waterfront to the historic Citadel, and the perimeter of the lovely Hampton Park. Shorter and longer options.
Explore 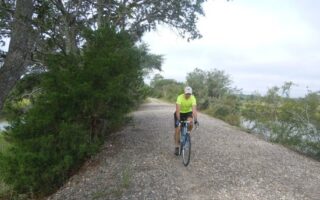 Multi-Use Trails | Rails-to-Trails
Just across the Ashley River from Charleston, runners can explore the West Ashley Greenway. The multi-use trail roughly parallels US 17 through a combination of residential neighborhoods, schools, parks, and a marsh. 8.2 miles one-way.
Explore 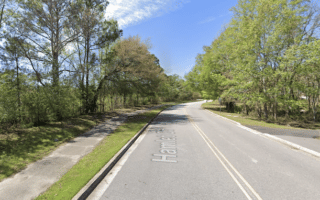 Along the Water | Iconic
A great 4.3 miler along the water, highlighting Waterfront Park, The Battery, waterfront paths along Murray Blvd., and a loop around Colonial Lake.
Explore

Charleston’s climate is influenced by a combination of its relatively low latitude, generally low elevation, the proximity of the warm Gulf Stream in the Atlantic, and the Appalachian Mountains. Often rainy, winters are mild and summers are hot and humid. Charleston has a fairly compact downtown, with numerous places to stay. The Downtown Route, The Battery Along the Water Loop, Waterfront to Citadel Route, and the start of Cannon Park to Patriots Point runs are all accessible from downtown hotels. There are also a few places to stay over by James Island, near the James Island County Park. Although not shown on the map, there are a few hotels over by Patriots Point as well.

Here is a guide to a few running stores in and around the Charleston area. All stores are easily accessible on public transportation via bus, if you don’t have access to a car.

Hosts a free group run on Mondays at 6:30PM. Leaves from store location. Both 3 and 5 mile route options.

Hosts a free Saturday morning Summer group run at 7:45AM from end of May – end of July. Leaves from Mount Pleasant store location.

Holds a running clinic once a month (every third Wednesday) from 6:30 – 8:00PM, at North Charleston store location. Topics vary from running technique to medical conditions to new shoewear.