A comprehensive guide to running in Cleveland 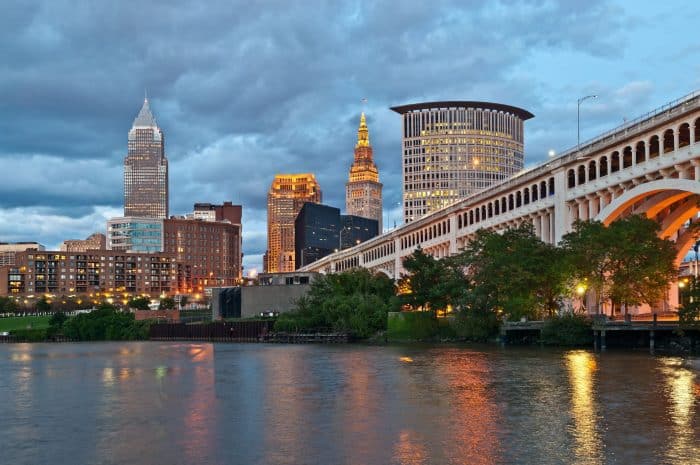 Cleveland is located in northeastern Ohio on the southern shore of Lake Erie. The city has been undergoing a rejuvenation of late, which has improved the options for running in Cleveland.

Many of the best places to run in Cleveland are accessible from downtown, including the beautifully restored Lake Erie and Cuyahoga River waterfronts, incorporating a 15-mile bike path and a 60-mile string of parks and treed greenbelts known as “the Emerald Necklace”.  Another great running area is Rockefeller Park from downtown out to University Circle, and enjoy a loop around Cleveland’s universities and art institutions. For residential running, the Shaker Heights neighborhood is a bucolic favorite. The Towpath Trail begins in Cleveland and runs for 84 miles into the heart of the Cuyahoga Valley National Park.

If you’re hoping to access all the parks that Cleveland has to offer, it is best to have a car. However, Cleveland has a well developed bus and light rail transit system, so getting around the city on public transit within the main metro area is easy. The Airport is only about 12 miles away from downtown and is accessible through public transit.

Some of our favorite runs in Cleveland, OH 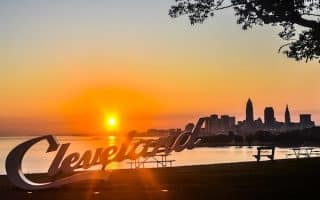 Gorgeous Residential | Parks | Fantastic Neighborhoods
Pleasant lakeshore and residential running in the western part of Cleveland's Metroparks system. Can do a loop around Edgewater Park, and then run west for 3.5 miles along nice residential streets to Lakewood Park.
Explore 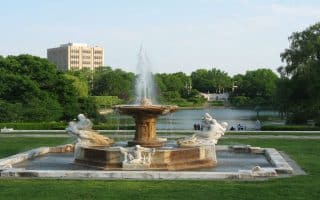 Historic / Tourist | Arboretum/Botanical Garden | Universities
Nice running on the paths and promenades around Case Western, Cleveland Museum of Art, Severance Hall. Can do 3-4 miles there, and extend north or south along linear park paths.
Explore 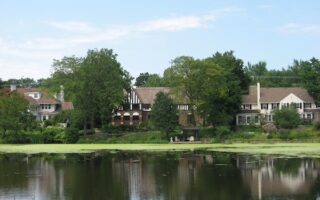 Gorgeous Residential | Historic / Tourist | Fantastic Neighborhoods
The most attractive residential neighborhood for running in Cleveland, graced by tree-lined streets and stately older homes. Use Shaker Blvd. as an anchor, and many miles of gorgeous roads. Add-on with University Circle route.
Explore 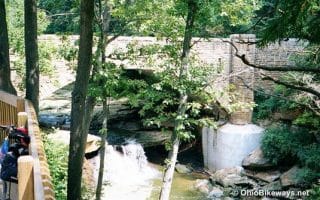 Multi-Use Trails | Trail Running | Near Airport | Olmsted
A series of reservations linked together to form the giant green (emerald) necklace around the outskirts of the city, with 70 miles of paved “all-purpose trail”. We've included a guide to some of the running highlights, with maps. Many sections hilly!
Explore 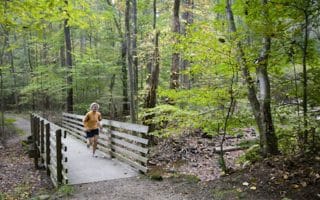 Along the Water | Multi-Use Trails | Trail Running
Popular spot 20 miles south of downtown, with signature loop around the lake. Can be done as a 3.1 'trail run' or 3.3 mile all-purpose trail. Other trails as part of the Reservation as well.
Explore

Typical of the Great Lakes region, Cleveland has four distinct seasons. Summers are hot and humid while winters are cold and snowy. From mid-November until Lake Erie freezes (usually in late January or early February), lake effect snow is typical in Cleveland. In the Snow Belt, extending from Cleveland’s East Side to Buffalo, it is not uncommon for seasonal snow totals approaching 100 inches. However, the West Side of the City is less burdened by snow. Frequent thunderstorms are common especially during spring and early summer. Depending on the season, be prepared for the weather.

Cleveland’s downtown area is focused near the Lake Erie shore. The main portion of hotels are clustered in this area near the Cleveland Brown’s Stadium and Rock N’ Roll Hall of Fame. Hotels in this area have easy access to the Downtown Waterfront Loop and Cleveland Lakefront Bikeway. A second cluster of hotels are located near University Circle where Cleveland Museum of Art, Cleveland Museum of Natural History, Wade Park and Case Western Reserve University are located. The Rockefeller Park and Shaker Lakes routes are accessible from these hotels without a car. The Lakewood neighborhood hosts a few hotels which are close to Edgewater Park. Of course, there are a few hotels near the Cleveland Hopkins International Airport. Airport hotels are conveniently located near Rocky River Reservation. 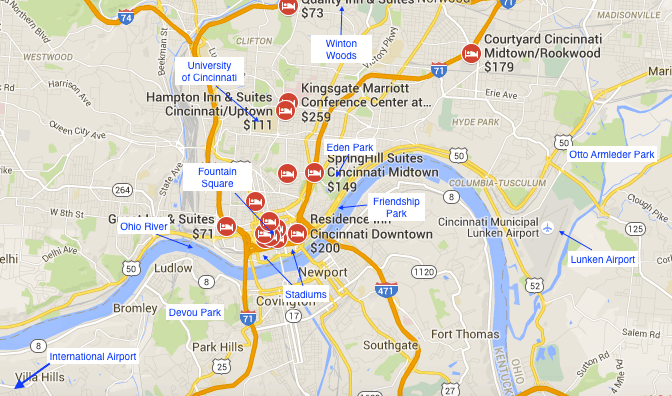 Cleveland Marathon May. Also a half marathon, 10K and 8K.

Rock Hall Half Marathon August. With the Rock And Roll Hall Of Fame as the event’s title sponsor, this race is guaranteed to end your summer with a blast!