The Great Runs guide to the best places to run in the Fort Wayne area. 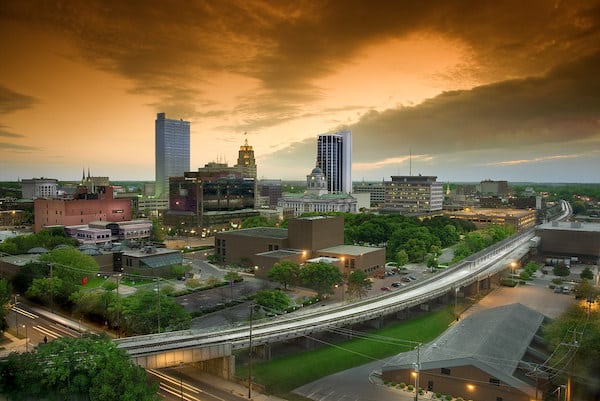 Fort Wayne is the second largest city in Indiana. It’s one of those smaller cities that are a joy for running. The centerpiece is the 25+ miles of paths along the Rivergreenway, consisting of paths along the three rivers — Maumee, St. Marys, and St. Joseph — that have their confluence in Fort Wayne. There are also terrific parks and attractive historical residential areas, owing to the “park and boulevard plan” that was designed in the early-20th century by the landscape architect George Kessler.

The best places to run in Fort Wayne center on the Rivergreenway system — we’ve mapped the three major river trails. Right downtown is the Circle of Hope loop, which showcases Headwaters Park and other downtown sites. In north Fort Wayne, there’s nice running around the historic Northside neighborhood, and the Wayne campus of Purdue University.  In the southern part of the city, we love combining the South Wayne Historic District & Foster Park. Another treat is the 14 miles of trails around wetland, prairie, and forest at Eagle Marsh Nature Preserve.

Some of our favorite runs in Fort Wayne, IN

The Rivergreenway linear park is the heart of running in Fort Wayne, with 25+ miles of paved... more... 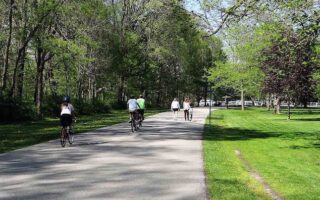 The Rivergreenway linear park is the heart of running in Fort Wayne, with 25+ miles of paved paths along the Maumee, St. Marys, & St. Joseph Rivers. We've mapped three routes, which can be mixed & matched.
Explore 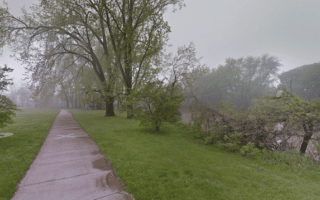 The Circle of Hope Trail is a 2-mile loop exploring Headwaters Park and the main sites of downtown Fort Wayne. Add on with the area's parks and Rivergreenway trails.
Explore 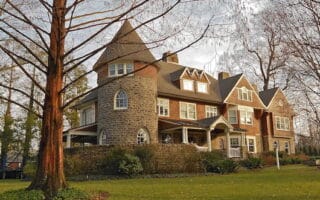 A nice run in south Fort Wayne. Combine the pleasant residential streets of the South Wayne Historic District with the ~2 mile perimeter path around the Foster Park golf course.
Explore 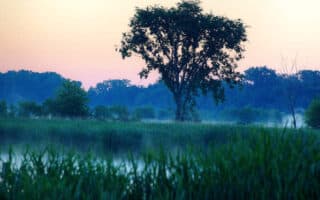 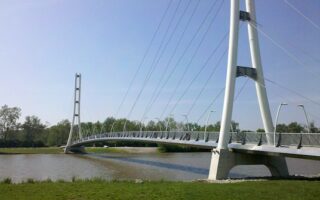 The Rivergreenway linear park is the heart of running in Fort Wayne, with 25+ miles of paved paths along the Maumee, St. Marys, & St. Joseph Rivers. We've mapped three routes, which can be mixed & matched.
Explore

Fort Wayne has a humid, continental climate, with hot summers and cold winters. Summers are sunny and hot, with temperatures approaching the mid-80s (28C), though nights do cool off. Winters highs average near freezing, with lows in the high teens (-8C). Runners should be prepared for cold, snow, and ice in winter. Summer months receive twice the average precipitation as the winer months, often in the form of thunderstorms.

There’s a good cluster of hotels in the downtown area just south of W Main St., which are optimal for access to the Rivergreenway — the best running in Fort Wayne. There’s also a cluster of hotels north of the city off I-69, but the running up there is no great shakes.

There are two terrific running stores in Fort Wayne.