Includes Ridgeland and Nearby Sections of Natchez Trace 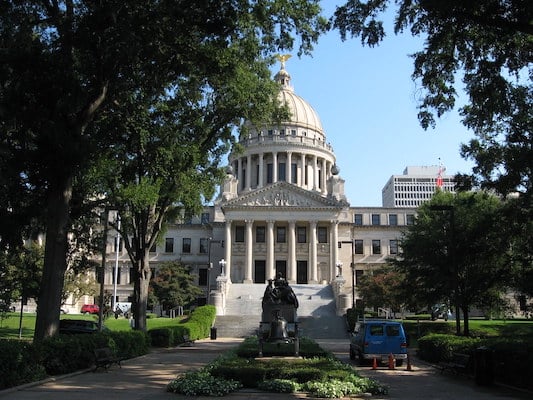 Jackson is the capital and largest city in the state of Mississippi. The options for running in Jackson are fairly spread out. In central Jackson, the best running are two routes incorporating the State Capitol, LeFleur’s Bluff State Park, and the Bellhaven & Eastover neighborhoods. The best place to run in Jackson is in the Ridgeland area, where there’s some lovely waterfront running along the Barnett Reservoir. In that area is also the north end of the Chisha Foka Multi-Use Trail, a paved path that runs alongside the scenic Natchez Trace Parkway, a 444-mile recreational and scenic drive that passes through three states. Other good places to run in Jackson are the Clinton Community Nature Center and some parks and trails in the Flowood area near the airport.

Runners should note that summers in Jackson are hot and humid. Go early and hydrate!

Some of our favorite runs in Jackson, MS

Some lovely waterfront running along the Ross R Barnett Reservoir in the Ridgeland part of Jackson. 10+... more... 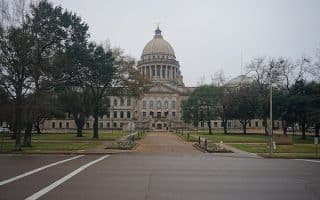 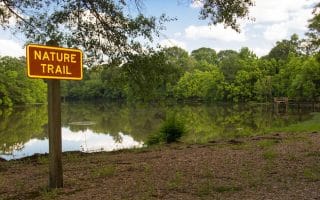 In the northern part of Jackson, LeFleur's Bluff State Park is a lush green spot for a run. The 305-acre state park features 2-3 miles of nature trails. For more, explore the Bellhaven & Eastover neighborhoods.
Explore 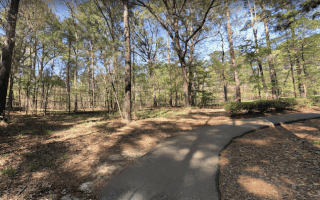 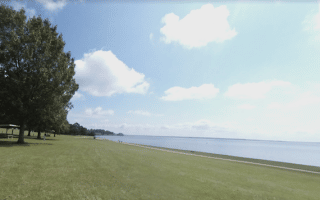 Some lovely waterfront running along the Ross R Barnett Reservoir in the Ridgeland part of Jackson. 10+ miles possible, which we've divided into sections. Includes a 1.5 mile causeway over the water!
Explore 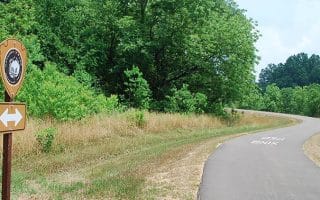 This 10.5 mile paved multi-use path runs parallel to a section of the Natchez Trace Parkway that passes just north of Jackson. Pleasantly wooded and the best option for a long off-road run in the area.
Explore

A 32-acre preserve of native forest in Clinton, located 11 miles northwest of Jackson. There are 2.3 miles of pleasant, wooded nature trails. Add on with paths around Mississippi College, where there's also a running track.
Explore

Some lovely waterfront running along the Ross R Barnett Reservoir in the Ridgeland part of Jackson. 10+ miles possible, which we've divided into sections. Includes a 1.5 mile causeway over the water!
Explore

Jackson has a humid subtropical climate, with hot summers and mild winters. Runners should be aware that summers are very hot and humid, with daily temperatures near 90F, and very warm nights. Winter is mild, with highs neat 60F, and lows dipping to the mid-30s. Spring and fall are more delightful for running. Please be aware of thunderstorms which can be frequent from April-September. 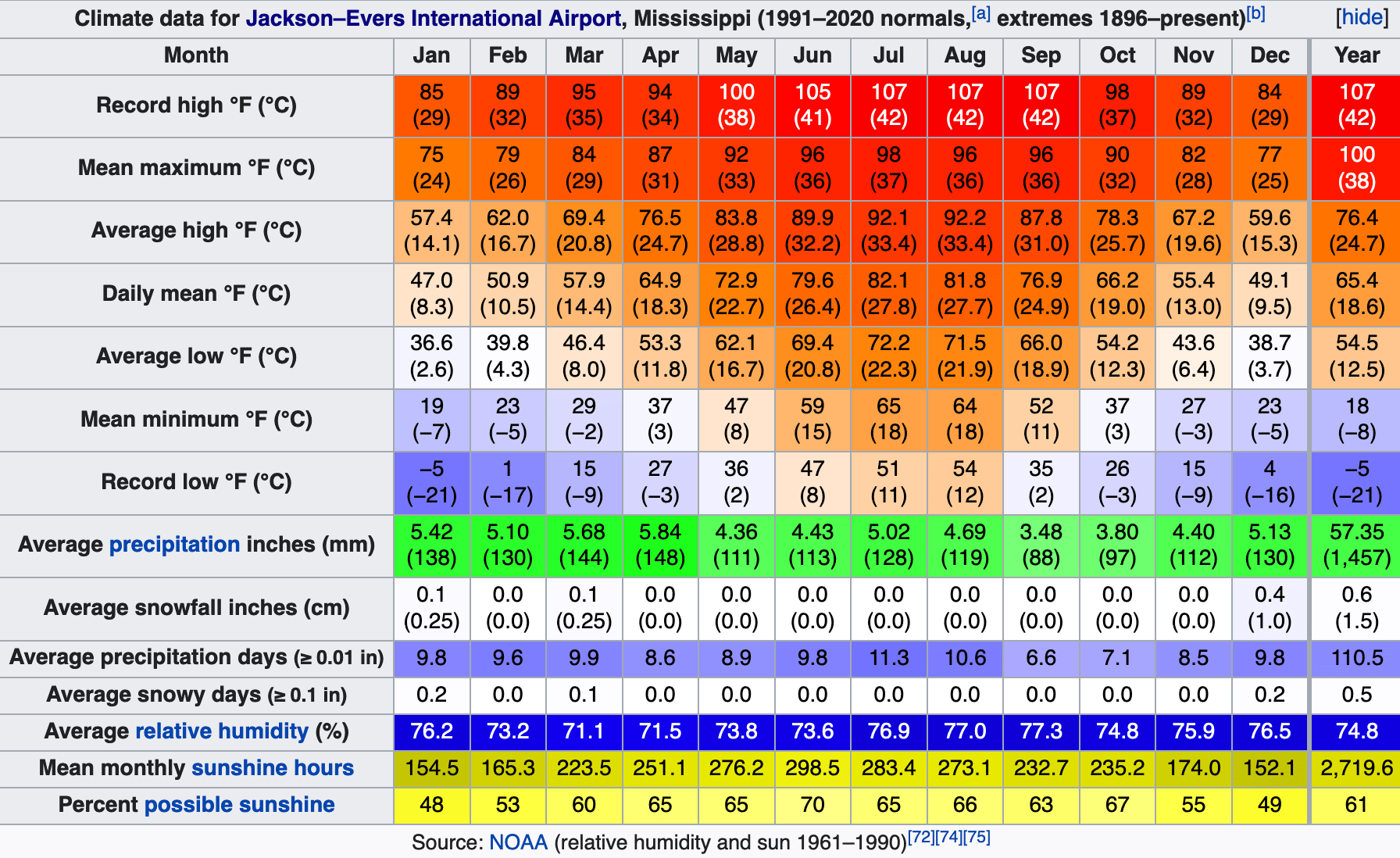 In central Jackson, there are some hotels downtown that provide access to some of our central Jackson routes. Though we note the best running spots in Jackson are very spread out.

The best bets for running gear are the two Fleet Feet locations in Ridgeland and Flowood.

The Fleet Feet locations have weekly Coffee Club Runs on Fridays at 6:30am. They also have Pub Runs the last Wednesday of most months.