The Best Places to Run in Penang, With a Focus on Penang Island 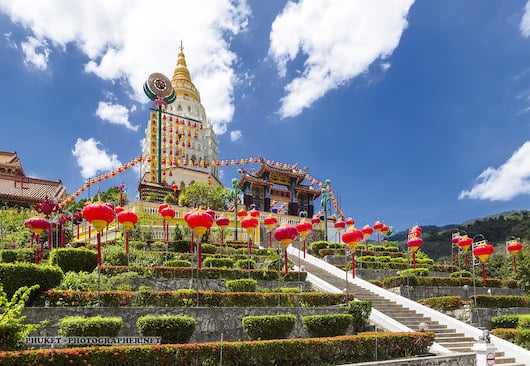 Located on the northwest coat of the Malaysian peninsula, Penang consists of Penang Island and Seberang Perai on the Malay Peninsula. Our guide to running in Penang is focused on Penang Island. As the island is quite urbanized, finding good spots to run can take some doing. In the capital of Georgetown, we’ve put together a ‘runseeing’ tour of the city’s newer and historic sections. Some of the best running on the island is just to the west of Georgetown, combining the Botanical Gardens, City Park, the Jesselton neighborhood, and Penang Hill if you’re up for that. For some good off-road running, head to Air Itan Dam, just north of the city. Penang National Park has some runnable spots, as well as some rugged and hilly trail running options. The best beach for running in Penang is Batu Ferringhi Beach.

Notes: Be aware that there can be stray dogs on Penang Island. In some of the more remote sections, such as the National Park, monkeys might be part of your run. Also take note of Penang’s year-round hot weather, with distinct wet and dry seasons.

Some of our favorite runs in Penang, Malaysia 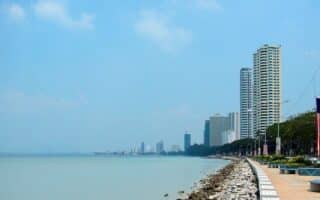 Along the Water | Historic / Tourist | Runseeing
A 'runseeing' tour of George Town, Penang's colorful, multi-cultural capital city, which is also a UNESCO Heritage site. Includes a nice section along the water, with a return through Old Town, passing numerous landmarks and sites.
Explore 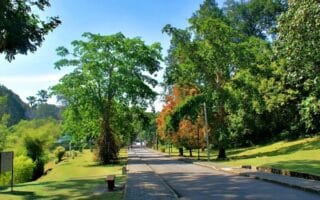 Hilly | Historic / Tourist | Arboretum/Botanical Garden
One of the most popular spots for a run in Penang. Located 8 km west of Georgetown, the beautifully landscaped gardens have paved paths passing by numerous species. A loop around the perimeter is about 2.5 km. Note: Hilly!
Explore 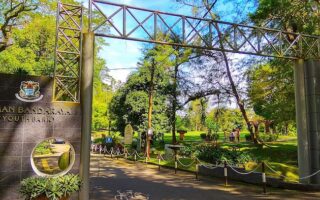 Parks
City Park, also known as Youth Park, is a pleasant, green space in the western part of George Town. We recommend combining City Park with the nearby Jesselton neighborhood, for a 7 km run. Additional running options in area.
Explore 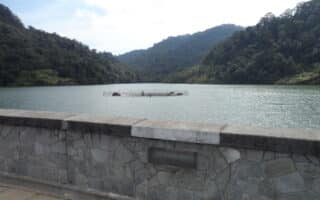 Along the Water | Hilly | Trail Running
Located near George Town, Air Itam Dam is a green oasis, with numerous trails and quiet roads for running: We've mapped two routes that can be done separately or combined: A 2.8 km flat, paved loop around the dam, and a hillier, more rugged 'Temple Loop'.
Explore 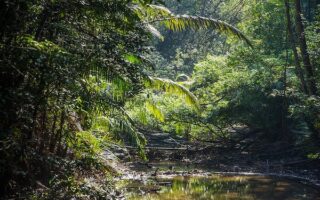 By the Beach | Trail Running
A 1,300 hectare park located in north-west corner of the island in Teluk Bahang. The best option for running is the 5 km coastal path to the Lighthouse. Note the trail is narrow and can be muddy. Other, more rugged runs possible in the park.
Explore 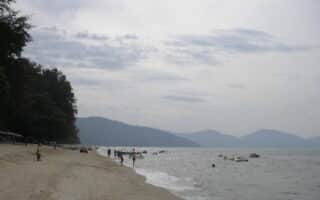 By the Beach
There are numerous beaches located on the island of Penang. These are our recommendations for the most suitable for running. The best: Batu Ferringhi Beach, located on Penang's northern coast. It's 2 km long and fairly wide.
Explore

The weather in Penang is a major factor for runners. Temperatures year-round are hot, with little respite. Hydrate accordingly! Average high temperatures are consistently in the 31-32C range (88-90F), and nightly lows rarely go below 23C (74F). It’s also a wet climate, averaging 2400mm (95 inches) of rain. The wettest months are August through November.