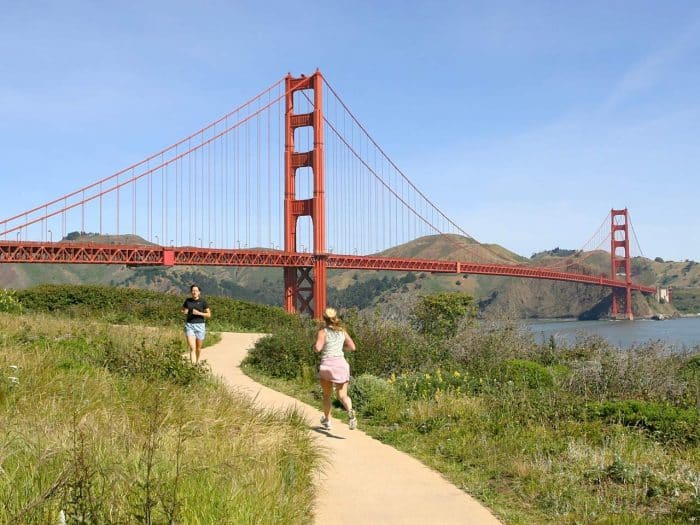 One of the world’s most beautiful cities, San Francisco has it all for runners. Views. Ocean. Hills. Paths. Trails. Good Weather. Variety. Accessibility. For the runner who wants to experience some of the greatest urban running and incredible trails within a stone’s throw of the downtown, our guide to running in San Francisco should be on your running bucket list. Note that San Francisco weather can be cool and changeable –bring layers–even in summer! And be prepared for some hills!

The highlight of San Francisco running is the myriad options around the Golden Gate Bridge: starting at the Embarcadero, over Fort Mason, along Crissy Field, toward the GG Bridge, and across it. There’s also great running in the Presidio, and down to Lands End and over to Ocean Beach. Golden Gate Park is one of the country’s great urban parks. We’ve also mapped out several terrific SF neighborhood routes, including Twin Peaks, Nob Hill, Sea Cliff, and Noe Valley. For a gorgeous destination run, take the ferry to Angel Island.

The East Bay generally refers to the area across San Francisco Bay to the east of San... more... 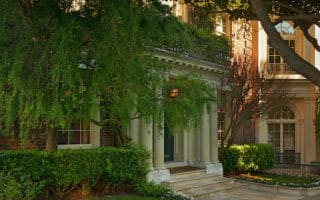 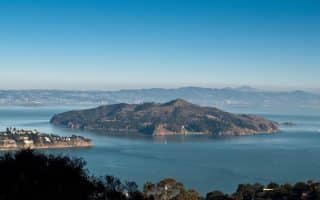 Some great options in South San Francisco, just north of SFO: waterfront paths at Candlestick Point and a Bay Trail section at Sierra Point; some nice hills & trails at McLaren Park; and some serious but rewarding climbing at San Bruno Mountain.
Explore 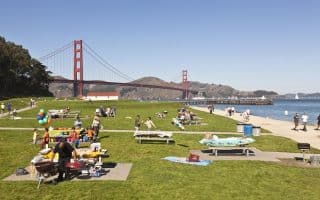 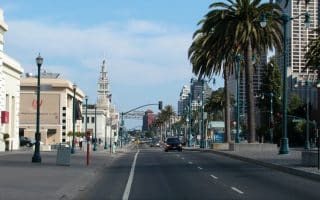 There are numerous options to run along the Embarcadero, mainly depending on where you start and how long you want to run for.
Explore 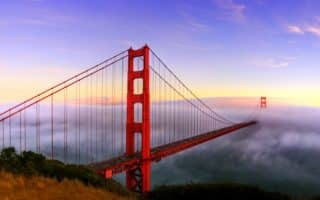 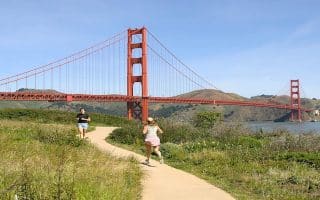 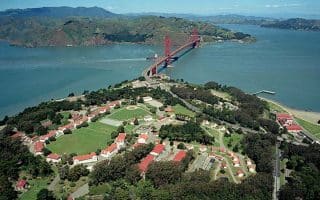 A former military installation, now a gorgeous park with miles of trails for walking and running. There are hills, wooded trails, and scenic vistas out to the Golden Gate Bridge and the Pacific Ocean. Also some great loop options involving Crissy Field.
Explore 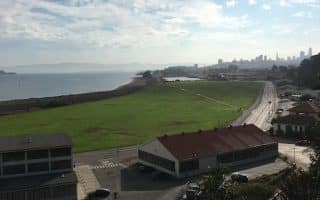 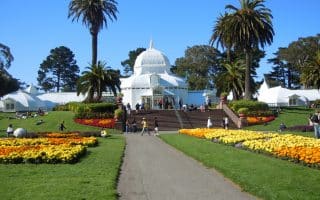 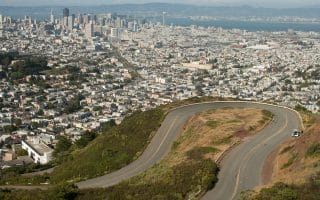 This is a popular place for hill runs and sunset views. It’s about 1 mile to the summit of Twin Peaks, using Twin Peaks Blvd.
Explore 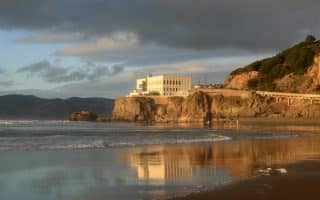 The Great Highway runs for 3.8 miles from the Cliff House to Lake Merced in the Sunset/Ocean Beach area. Closed to cars Friday noon to Monday 6am! Run on the road, beach, or interior bike path. Scenic & festive!
Explore 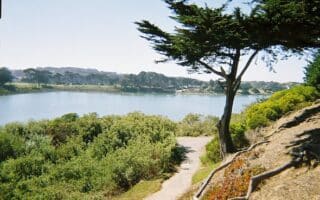 Some good running options just south of Great Highway/Ocean Beach. There's a 4.5 mile loop around Lake Merced, some nice trail running in Fort Funston including a 2-mile bike path, and pedestrian paths around the campus of SFSU.
Explore 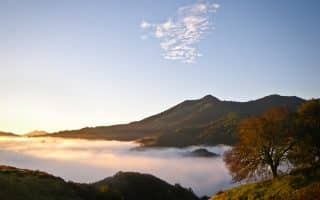 San Francisco definitely has its distinct areas/neighborhoods. It’s a bit of a challenge finding nicer hotels really near the best running areas. If you really want to be near one of the iconic routes, you might have to stay in a slightly less fancy hotel, a couple of miles away from where your meetings are going to be.

If you want to access the Chrissy field to Fort Point trails, try to stay in the Marina district inside Lombard St., or in the Fisherman’s Wharf area. There’s a cluster of ‘budget’ hotels along Lombard St. bordering the Marina and Pacific Heights, with good access to the Presidio

The North Beach and Financial district areas provide good access to the Embarcadero area for running. Try to avoid staying deep in Union Square area, because even though it is a popular destination for business travelers and shoppers, it is further from good running spots. A compromise area might be along Market St. close to the Embarcadero. It is a little over 1 mile from Union Sq. to Ferry Plaza at the Embarcadero

There are not very many hotels in the Ocean Beach area, or west of Golden Gate Park, and if you’re in SF for business, you’re fairly far from the central business area. There are surprisingly few local running stores in the heart of San Francisco compared to other cities. Some best bets:

Sports Basement. In the Crissy Field area. Not a running specific store but an incredible one of a kind sports store and worth a visit. Second location on Bryant Street.

Since 1983, Road Runner Sports has grown from selling running shoes out of a garage to over 40 locations across America today. After 35 years, they are still family-run and proud of it! They are committed to fitting runners, walkers, and gym goers in perfect fitting shoes. There are no locations in the city, but stores can be found in Berkeley, Concord, and San Carlos.

Group runs to join when in San Francisco:

The two largest and most established run clubs in San Francisco are the Dolphin Run Club, which has numerous events throughout the week, and a Saturday morning group run in Golden Gate Park and the San Francisco Road Runners Club. Large organization, with many events. Also the Golden Gate Run Club.

San Francisco has a huge running community and there are events almost every weekend. DSE Runners host very cheap races every Sunday.

Bay to Breakers. May. The oldest continually run footrace in the world. 12k from the Embarcadero to Ocean Beach. Huge event running from Crissy Field to the ocean. Part race, part fancy-dress parade. A good opportunity to run naked in public.

San Francisco Marathon. June or July. Includes 2 half marathons (1st half, 2nd half).