A Guide to The Best Places to Run Seville 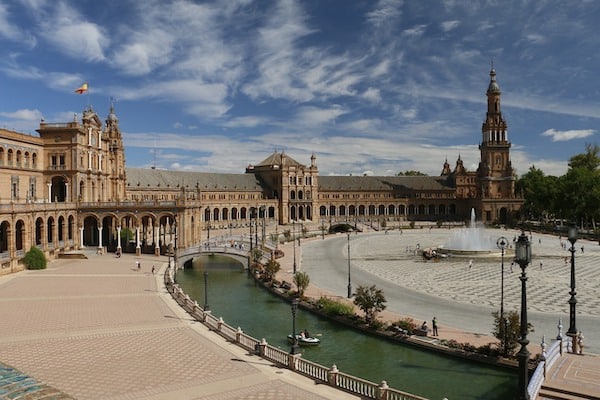 Situated on the lower reaches of the River Guadalquivir in the southwest of the Iberian Peninsula, Seville is the Capital of Andalusia and Spain’s fourth largest city. Seville boasts one of the largest preserved old towns in Europe. Numerous parks and facilities were built or improved upon for the 1992 Expo. The best running in Seville is all centrally located, with numerous routes that can be combined.

Start with our 8 km ‘runseeing‘ tour, which hits Seville’s historic and architectural highlights. Other favorite places to run in Seville are around the city’s numerous parks and gardens, notably our Parque de María Luisa & Jardin Marillo Tour, Parque Guadaíra, a loop around Alamillo Park and Guadalquivir Garden, Parque Vega de Triana, and Miraflores Park. There are also paths on both along the Guadalquivir River and its tributary. There is some nice running in Infanta Elena Park, a few km east of the center, in Sevilla Este. We also have an extensive running guide to the Costa de la Luz, which is 100 km from Seville, and Córdoba.

Note that Seville has a sunny, Mediterranean climate, but its summers are among the hottest of any major city in Europe, with average highs of 36C. Run early and hydrate! For transport, there’s 1 metro line, a tram system, and buses.

Some of our favorite runs in Seville, Spain 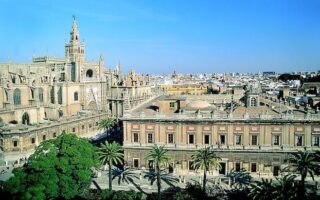 Seville's Old Town is the one of the largest in Europe, and we explore a good bit of it in this 8 km 'runseeing' tour. We've tried to design an easy-to-follow route while hitting the highlights. Good add-on options.
Explore

This is another lovely, centrally located run that combines the iconic María Luisa Park, Marillo Gardens, numerous important Seville sights, and a section of river path. Can be combined with other routes.
Explore

In the southern part of Seville, Parque Guadaíra and Parque de los Bermejales are two nice parks connected by multi-use paths that can be stitched together for a longer off-road run.
Explore 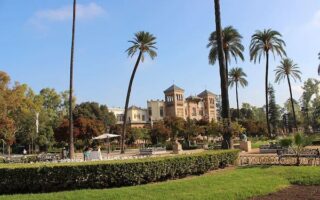 This scenic run has three distinct elements for variety: a loop through the iconic Guadalquivir Garden, the paths of Alamillo Park, and riverside paths.
Explore 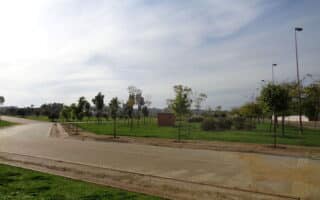 For a longer off-road run, there are some decent paths along the Guadalquivir River. More developed on the western side, north of the Puente de la Señorita bridge. Can combine with Vega de Triana Park.
Explore 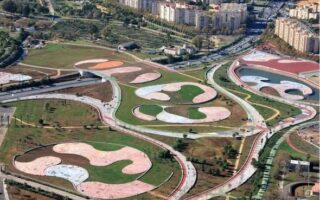 The 90-hectare Parque Miraflores is Seville's largest park, and is a treat for running. A large network of paths pass through gardens, fields, lawns, and some water spots. One can easily put together a 6-7 km non-overlapping path run.
Explore 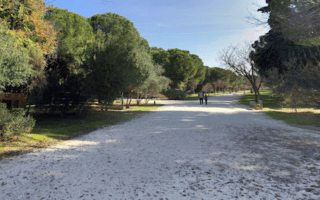 Lovely green oasis located in the Sevilla Este area a few km east of Seville Center. One can do a loop of 5-6 km on wide, tree-shaded paths. Good shade option in summer. Two fitness centers in the area.
Explore

This is another lovely, centrally located run that combines the iconic María Luisa Park, Marillo Gardens, numerous important Seville sights, and a section of river path. Can be combined with other routes.
Explore

Seville has a wonderfully sunny Mediterranean climate, with mild winters and hot summers. Runners should note that Seville’s summers are among the hottest of any major city in Europe, with average high temperatures of 35-36C (96F). It is dry, however, and not overly hot if you go early. Winters are lovely for running, with average January high temperatures of 16C and lows that dip to 6C (42F). Most of the 540mm of rain falls in winter.

If you stay in central Seville, not far from Old Town, you’ll be in proximity to most of the running routes we’ve designed for the city.