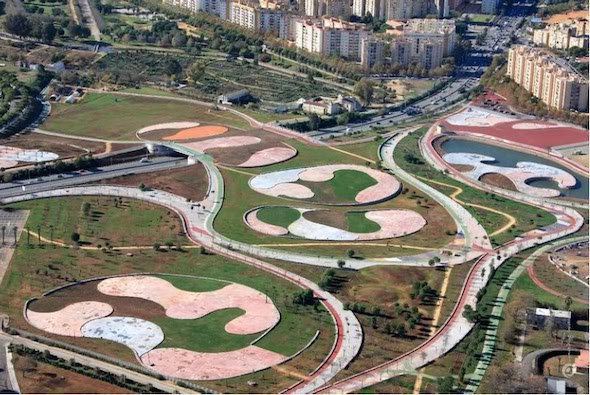 The 90-hectare Parque Miraflores built around two Roman orchards is Seville’s largest park, and is a treat for running. A large network of paths pass by, fields, lawns, gardens, and some water spots. The park has numerous athletic facilities as well. The feel of the park is more modern than a classic European older park.

We suggest creating your own loop in this park. There are red-colored paved paths that are especially popular with joggers. One can easily put together a 6-7 km run in the park without much duplicating. It’s ~2.5 km north-south, and ~0.5 km east-west. Closer to the southern end, there’s a small pond with a loop path (0.5 km). At the northern end is a long-ish lagoon.