A Comprehensive Guide to the Best Places to Run in Spokane 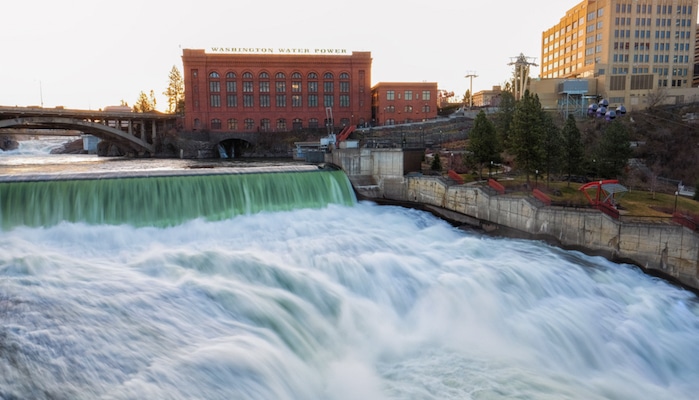 The eastern Washington city of Spokane is located along the eponymous river just 18 miles from the Idaho border. Though sometimes called “The Lilac City,” Spokane was named for its First People. The area would later become the first European settlement in Washington, and an important northwestern hub for mining, timber, and agriculture. Spokane has a thriving arts and theater scene, and is a haven for outdoor activities. There are great options for running in Spokane, ranging from riverfront trails to pleasant parks, residential neighborhoods, and some great trail running spots. For more routes in the area, see our guide to nearby Coeur d’Alene.

The Centennial Trail, which includes sections through Riverside State Park and Riverfront Park, is the obvious frontrunner, but there is also lovely park running at Manito Park. Other multi-use paths include those at the Dwight Merkel Sports Complex and the Fish Lake Trail. Great neighborhood running can be found in Liberty Lake and High Drive Bluff. The top trail running spots are Beacon Hill/Camp Sekani, the Dishman Hills/Iller Creek, and Mount Spokane State Park. We also love running in the shrub steppe habitat of the Saltese Uplands Conservation area.

Spokane is a small city, so getting around is fairly simple. The Spokane Transit Authority offers a variety of routes, including to Spokane Valley and Liberty Lake. There’s also a steadily improving number of cycle lanes and multi-use paths make. Once out of town, a car can be helpful.

Some of our favorite runs in Spokane, WA 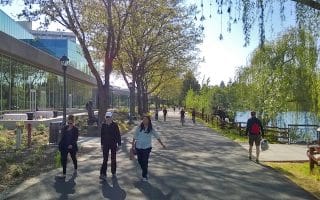 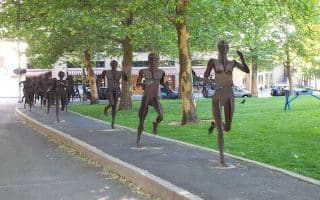 Along the Water | Multi-Use Trails | Parks | Classic River Paths | Rails-to-Trails
In addition to Riverfront Park and Riverside State Park, other highlights along the Spokane section of the Centennial Trail are the Kendall Yards section and Mirabeau Point Park.
Explore 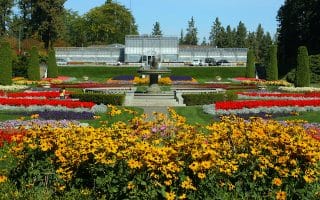 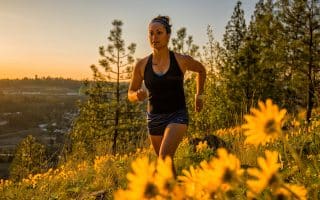 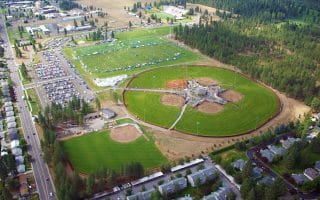 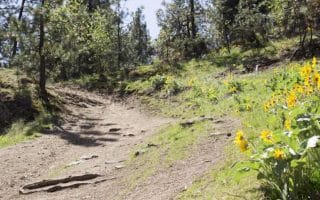 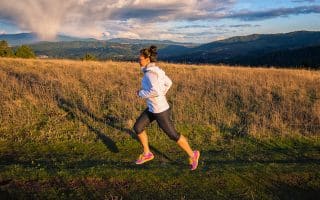 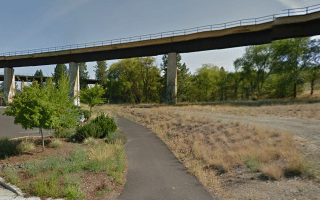 Multi-Use Trails | Rails-to-Trails
A scenic paved multi-use path between West Spokane and Fish Lake, where it connects with the Columbia Plateau Trail. Up to 10 miles one-way.
Explore 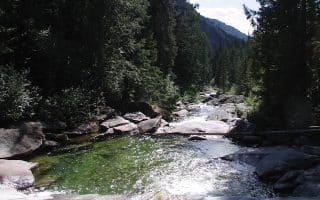 Hilly | Trail Running
Trail runners with some extra time may find it worthwhile to travel an hour northeast to Mount Spokane State Park. Some favorite running suitable trails include the Burping Brook and Hay Ridge Loops. Options for easier or challenging.
Explore 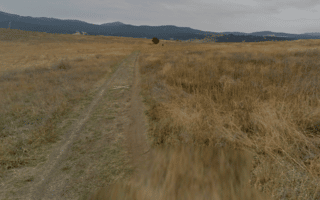 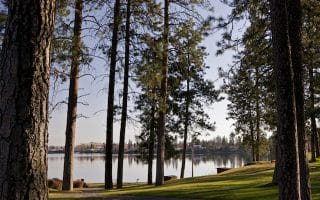 Spokane has a four season climate. Summers are warm but not hot, and fairly dry. Average highs are in the low to mid 80s (27-28C), with cool-ish nights. Winters are cool, with high temperatures averaging in the mid-30s (3C), and lows dipping to the mid-20s (-5C). There can be snow and ice in winter — Spokane averages about 50 inches of snow annually. See VisitSpokane.com for places to stay in Spokane. There’s a good choice of hotels in and near downtown, which provide easy access to the Centennial Trail and Manito Park. There’s also a cluster of hotels along Highway 90.

There are FleetFeet locations in Spokane and Spokane Valley. Both host group runs and training clubs.