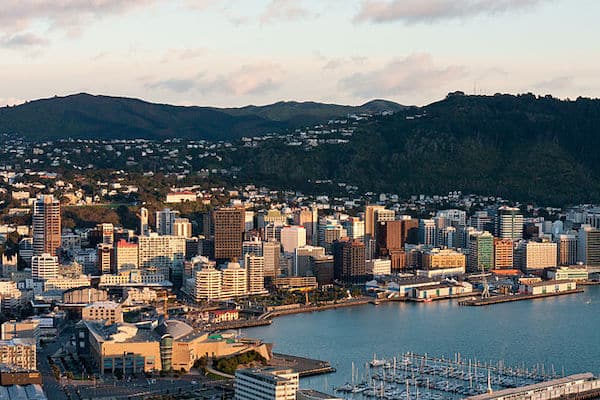 Wellington, New Zealands’ capital and second largest city, is located at the south-western tip of the North Island, on the Cook Strait. This compact city encompasses a waterfront promenade, sandy beaches, a working harbour and colourful timber houses on surrounding hills. The Wellington urban area comprises four cities: Wellington City, Wellington Harbour, Porirua, and the Hutt Valley. Running in Wellington is a pleasure – there are gorgeous waterfront paths, large parks, and nearby hills that are great for trail running.

The best places to run in Wellington showcase the waterfront. Enjoy a section of the 30 km Bays Route, the north end of Wellington Harbour along the Petone Esplanade, or the eastern side of the Harbour on the 13 km Great Harbour Way. For some hills and trails, enjoy the Botanical Gardens & Tinakori Hill, Victoria Peak, the Eastern Hills, Belmont Regional Park, and the Zealandia Pathway. In Porirura, it’s hilly & rugged on the west side, but we love the nice network of forested trails in Bothamley Park on the east side. For a destination run, drive or take the train to Waikanae for 7+ km of paths along the river and around an estuary.

Wellington has a good network of buses and also trains that head to the suburbs. Metlink has an easy to use journey planner. Be sure to pick up a Snapper card from the Wellington i-SITE Visitor Information Centre.  Note that while Wellington’s mild climate is famous for very windy weather nearly year-round.

Some of our favorite runs in Wellington, New Zealand

Running around 'The Bays' is the classic Wellington Run. A road with path/sidewalk follows the waterfront around... more...

Scenic multi-use paths on both sides of the Hutt River for 29 km between Petone in Lower... more... 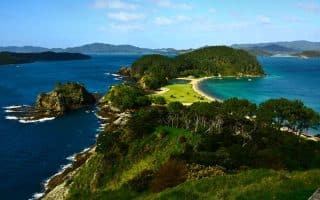 Running around 'The Bays' is the classic Wellington Run. A road with path/sidewalk follows the waterfront around several bays for nearly 30 km. Very scenic, great views! Hop on at any point & choose a section! Markers every 500m.
Explore 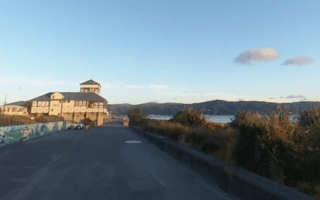 The section of the Great Harbour Way path along Petone Beach on the northern shore of Wellington Harbour is an easy, flat run with nice views of the beach, water, and mountains. Up to 7.4 km out and back.
Explore 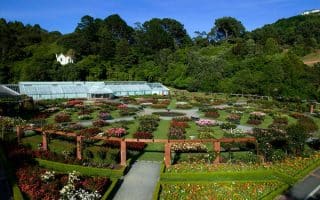 Lovely 4 km loop through the free, 62-acre Botanical Garden. Can be combined with Tinakori Hill, which has great views and is more of a hilly trail run. Full loop of Tinakori Hill is ~6 km.
Explore 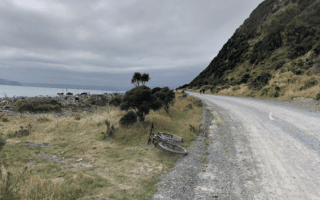 Gorgeous run along the eastern side of Wellington Harbour on a wide gravel path with great views. Up to 13.4 km one-way from Burdens Gate to Baring Point Lighthouse.
Explore 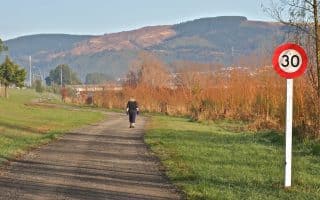 Scenic multi-use paths on both sides of the Hutt River for 29 km between Petone in Lower Hutt to Harcourt Park in Upper Hutt. Nine bridges offer great loop options, and Lord of the Rings sites in Upper Hutt!
Explore 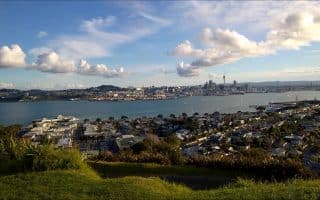 Mount Victoria was one of many filming locations for the first movie in the Lord of the Rings trilogy. It also has amazing views of Wellington and makes a great place for a hill run! 2 km climb to the top & flatter 4.7 km Walkway loop.
Explore 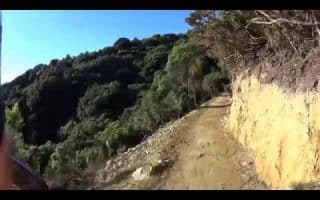 This 2 mile path has an easy gradient and a wide well surfaced path that meanders gently across the face of the Eastern Hills before arriving on the ridge rewarding you with great views of the bay and Wellington.
Explore 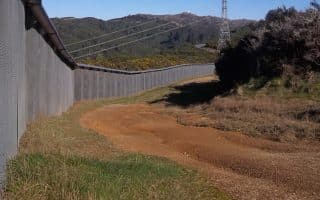 Just outside the Zealandia fence lies a beautiful 9K pathway! This pathway is known for it’s hills but rewards runners with a serene environment and excellent views!
Explore 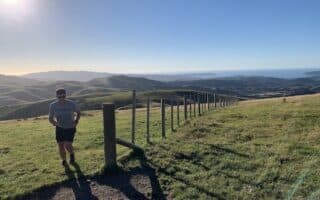 This 8,600-acre park, located 20 km north of Wellington, is a great spot for a destination run. Terrain includes open farmland, wooded trails, and some rolling hills. There are 11 well-signed trails ("tracks"), with something for all abilities.
Explore 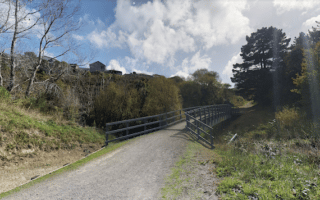 Bothamley Park, located in Porirua, is a nice green space for a run. There's a nice network of mainly wooded paths. It's nearly 4 km from end-to-end in this park. Also the site for Parkrun, a free group 5k held every Saturday morning.
Explore 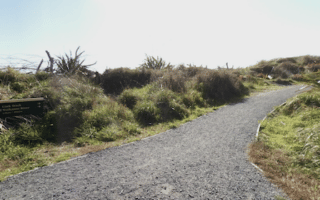 Scenic trails along the Waikanae River in Paraparaumu, a town on the Kapiti Coast 55 km north of Wellington. Diverse landscape alluvial plains, coastal dunes, an estuary and and down to the sea. Up to 13.4 km out and back.
Explore

Running around 'The Bays' is the classic Wellington Run. A road with path/sidewalk follows the waterfront around several bays for nearly 30 km. Very scenic, great views! Hop on at any point & choose a section! Markers every 500m.
Explore

Scenic multi-use paths on both sides of the Hutt River for 29 km between Petone in Lower Hutt to Harcourt Park in Upper Hutt. Nine bridges offer great loop options, and Lord of the Rings sites in Upper Hutt!
Explore

Wellington has temperate marine climate. Quite sunny, and never too hot or cold. There are many windy days, and wind could be a factor in your running. Wellington rarely sees temperatures above 80 °F (25 °C) or below freezing. The city is notorious for its southerly blasts in winter, which may make the temperature feel much colder. It is generally very windy all year round with a good amount of rain (average annual of 49 in). June and July are the wettest months. Overall, the temperature is great for running year round but the wind could be your best friend or worst nightmare.

The majority of hotels are located within Wellington City with a few in Oriental Bay. This area of Wellington houses the National Archives, the National Art Gallery, the National Library, and the Museum of New Zealand Te Papa Tongarewa. The Bays, Botanic Gardens, Mount Victoria and Zealandia routes are all accessible from these hotels. Other routes, along the Hutt River Trail and in Te Whiti Park are accessible by a car or Metlink (about 20 minute commute). Finally, the Pencarrow Lighthouse is about a 30 minute drive from Wellington City. Please see our running overview map for store locations. Green icons have group runs. Click on it for location, directions, and details on group runs.

Hutt Valley Harriers  Meet 1:30 on Saturdays during the winter season at the HVH clubrooms in Petone, Lower Hutt for club runs and walks.