No Thanks
Milwaukee, WI 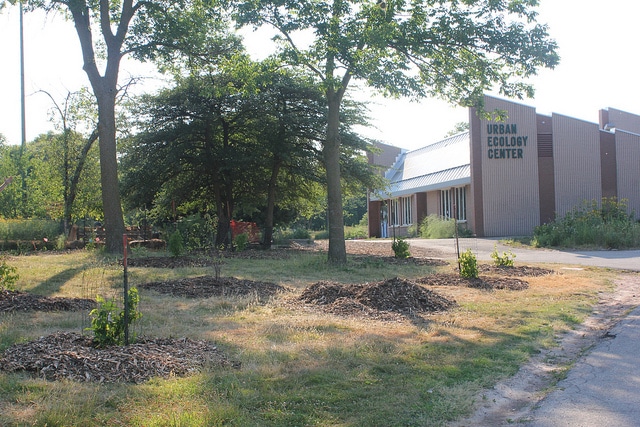 Originally named West Park, Washington Park, along with Lake Park and River Park (now Riverside), were designed by Frederick Law Olmsted, the renowned landscape architect who designed and supervised the creation of New York’s Central Park.  It’s located west of Downtown and east of Wauwatosa.  While originally designed by Olmsted, the park underwent some major changes in the early 1900s, including the addition of a zoo (which has since been removed). Redevelopment of the park was introduced in the early 2000s and now it is a large, urban oasis. The vastness of it can make you forget you’re in the middle of a major city! It features one of the cities Urban Ecology Centers, and a multi-use community building adjacent to a lagoon which provides for a multitude of activities.  This paved trail loops throughout the park, around the lagoon, bandshell, Urban Ecology Center, and back up to the start. One can do 2-2.5 miles in the parks’s trails. Parking:  The closet parking lot in Washington Park is off of 40th Street between Lisbon Avenue and Vliet Street. Enter from 40th Street into the parking lot adjacent to the County Parks Service Yard (north of the swimming pool).

A great waterfront run, between the Milwaukee Art Museum to the south and Lake Park to... more...