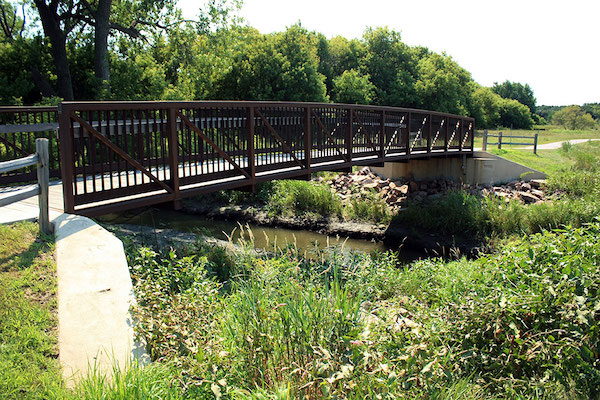 There are pleasant trails and parks along Skunk Creek, a tributary of Big Sioux River in the western park of Sioux Falls. Dunham Park is a good anchor spot for this run. A spur of the paved Sioux Falls Bike Trail is the main trail, running northwest to Legacy Park and Family Park. It’s ~3 miles from Dunham Park to Family park, with additional trails in each of these three parks, as well. It’s pleasant open space, with fields and river views. At Family Park, there are additional gravel trails around some small lakes.