No Thanks
Trieste, Italy 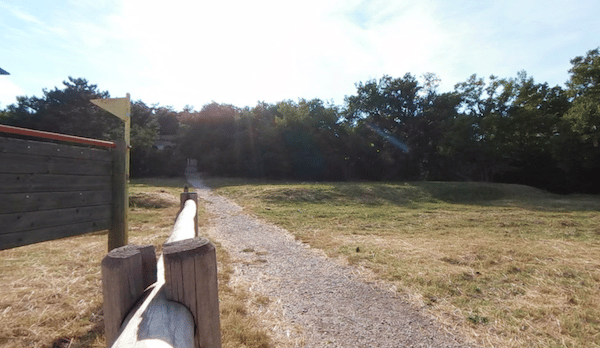 Trieste’s two ‘green lungs’ are Parco Farneto and Parco di Villa Giulia, each located ~2 km from the city center. Each has mainly gravel, wooded paths. Run the parks separately or combine for a longer run — they’re about 1.5 km apart.

Parco Farneto. Trieste’s largest park is a great spot to run in some greenery and shade. The park is located 2 km east of central Trieste and easily reachable by bus. The use of the park as a wooded area goes back to the 1500s, but all the trees were taken down to use as firewood during WWII. The park was restored and reopened in 2000. There’s a series of paved/gravel paths, mainly through wooded, rolling hill terrain. A loop of the paths is ~3 km. If you’d like to access the park from central Trieste, use Via della Ginnastica/Carlo De Marchesetti.

Parco di Villa Giulia. Also about 2 km from central Trieste, this park is a bit smaller than Parco Farneto. The gravel paths are mainly wooded, and head slightly uphill, where there’s a nice view of the city from the ‘summit’. It’s ~1.5 km from one end of the park to the other. At the northern end of the park, there’s a nice running track. One neat way to get there from Trieste is to take the historic ‘tram de Opcina’, a rack tram with wooden seats. To run there from central Trieste, take Via Cesare Battisti away from the water, run through Giardino Pubblico Muzio de Tommasini, and then Via Monte S. Gabriele.

The Napoleonic Trail is the must-do run in Trieste. Run along this old road, now a wide... more...