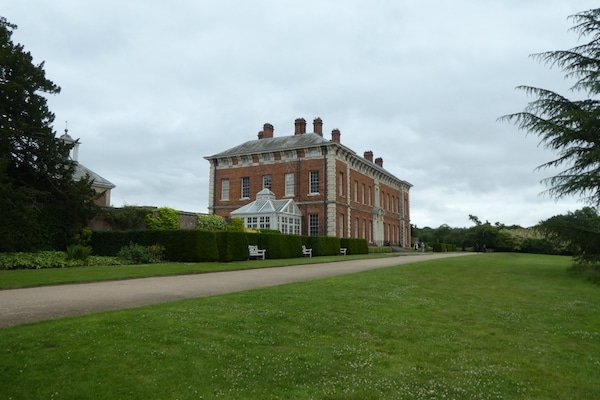 Option 1: Start closer to York in Rawcliffe Park where our River Ouse loop leaves off, and head north. From Water End Rd., we’ve mapped 8+ miles headed north along the River Ouse. The first 2 miles are through Clifton/Rawcliffe Park, and then the gravel path continues along the river for many miles north of the A1237. Here it’s more of a gentle trail run around a pastoral landscape of farmland. After ~8 miles, you’ll reach Coach Rd., which accesses the grounds of the National Trust – Beningbrough Hall —  a stately Georgian home filled with antiques and art from the National Portrait Gallery. There are some nice grounds for running here. Use Coach Rd. to connect Beningbrough with the river path.

Option 2:  Start at Beningbrough Hall, take a jaunt around the grounds, and then hop on the Beningbrough River Walk trails and head south along the River Ouse.