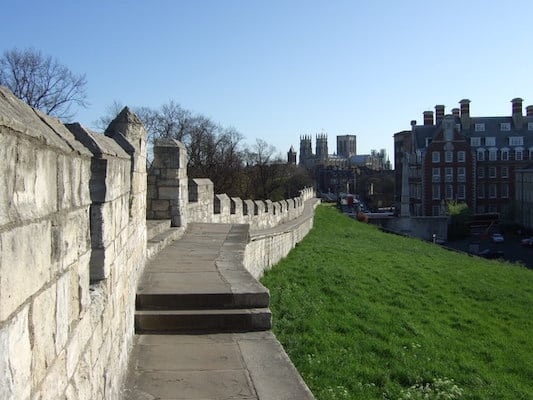 For a great sense of history, we love to run the perimeter of York’s city walls, which date back to the 13th century. This 3-mile loop around the mostly intact perimeter wall is easy to follow. Start near the Treasurer’s House, and follow the path around the walls, mainly following the City Wall path paralleling the A1036. Good views of the city walls, and several York landmarks.

To see a bit more of central York, you can also pop off the path and take a loop around the grounds of Museum Gardens, a small but beautiful botanical garden around the Yorkshire Museum, with mature trees, Roman ruins and medieval abbey. Also inside the walls are York Minster, an iconic Gothic cathedral.

Add-Ons: Paths along the River Ouse and in other centrally located parks in York.