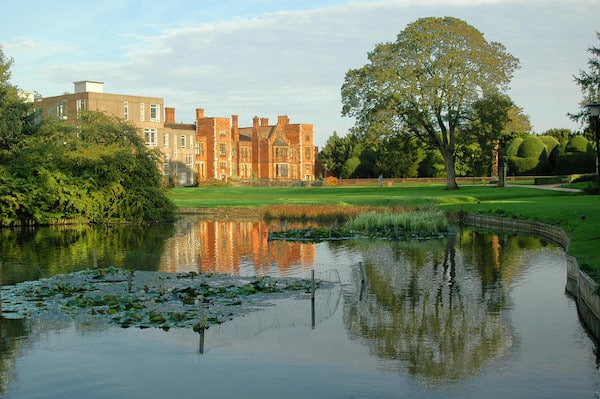 This is a scenic run in east York, combining a run around the modern campus of the University of York, the marshy moorland of Walmgagte Stay, and paths in Hull Road Park and the nearby St Nicks Nature Reserve. Use our map as a guideline.

Start off University Rd. and do a loop of the University of York campus. The buildings are modern, but the campus is nicely laid out with pedestrian paths, bridges, and some wooded terrain. Take a jaunt around the  extensive athletic fields (22 Acres) and running track at the south end of campus, and then enter Walmgate Stay, and run for 1 mile on the path north through this marshy moorland. Exit onto Green Dykes Ln. and run for 1/4 mile into Hull Road Park, where there’s a ~1 mile loop on paths along a creekside trail. Exit the park and do a loop around the paths of St Nicks Nature Reserve (for more, there’s a path at the north end that heads east for 1  mile to Derwent). Retrace your steps back to University Rd.

Add-On: Additional paths for running in the extensive open space south of the University of York campus, in Heslington Tillmire.