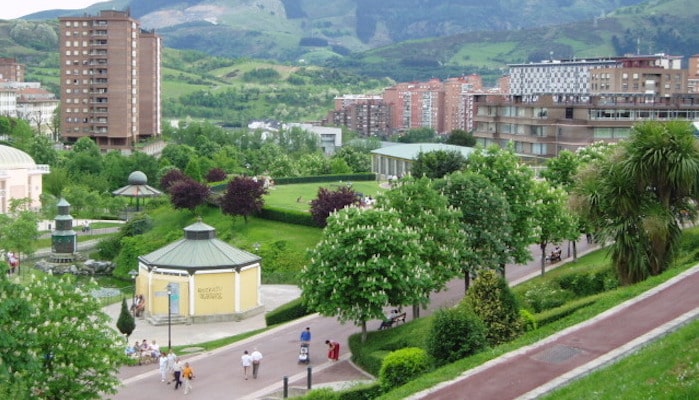 Southeast from the center of Bilbao, Europe Park is a municipal gem designed by Manuel Salina. It’s one of the larger parks in the Bilbao area, with its grounds encompassing everything from a sports arena to a gym to a greenhouse. There are several kilometers of paved paths criss-crossing the park — a loop around the perimeter adds up to about 2 km, but runners can add in some of the interior paths or do multiple laps to meet their distance goals.

Longer Run: There are some nice pedestrian-only paths to the north of the park, around the high school and the Txurdinaga train station. Can also incorporate our ‘Runseeing Tour’ option that includes the ‘Lower Foot’.