No Thanks
Burgundy, France 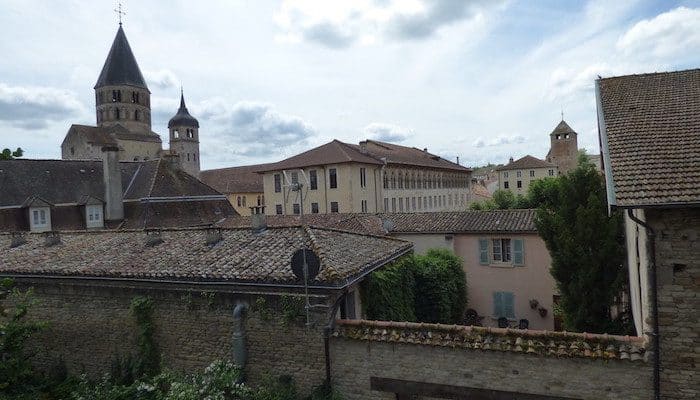 Even compared to the numerous vineyards and wineries in the area, the Cluny Abbey is one of the most famous tourist attractions in Burgundy. The grounds of this former Benedictine Monastery are only open for tours, but runners can catch glimpses of the Abbey on some of the surrounding streets. A dirt path runs along the city walls, creating sort of a 3 km rectangle around Rue Porte de Paris, Chemin des Trespasses, Avenue du Cimetière, Place du Champ de Foire, Prom. du Fouettin, and Chemin de la Chaîne.

For a longer run, we recommend the Vois Verte, which is a paved, multi-use path that passes through Cluny (just east of the D980) in its 70 km between Chalon-sur-Saône in the north and Mâcon in the south. The 22 km section from Cluny south to Macon includes a 1,600m tunnel with lighting, which opens onto the heart of the famous Val Lamartinien.

The commune of Chalon Sur Saône rests on the banks of the Saône River, where a number... more...