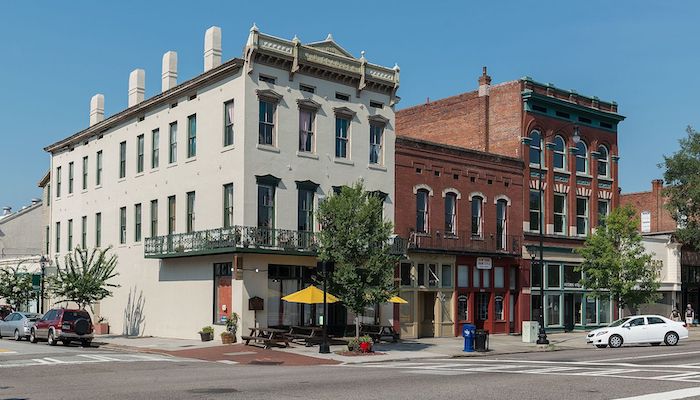 Augusta sits on the Georgia’s central-eastern border, just across the Savannah River from South Carolina. Augusta is Georgia’s second largest city, bolstered by its medical and tech industries. It’s also a center of leisure, as a historic resort town, and home to the iconic Masters Golf Tournament. There’s some excellent running in Augusta, ranging from paths along the Savannah river and historic canals, pretty neighborhoods, some extensive multi-use trails, and wonderful trail running options not far from downtown. Note our guide includes some routes in North Augusta, just over the border with South Carolina.

The most popular run in Augusta is a stretch along the Augusta Canal Trail, a series of paths along the river and the canal towpaths. The North Augusta Greeneway is another fantastic multi-use path on the SC side of the river. Augusta also boasts fantastic trail running at the Fork Area Trail System, Blanchard Woods Park, Hitchcock Woods, and the Bartram Trail. If you prefer a run in the center of the city, our ‘Runseeing’ Tour explores the Riverfront, Downtown, and Olde Town areas. For a beautiful residential neighborhood run, enjoy Summerville and Murray Hill, just west of midtown.

A car is the best way to get around Augusta, and there are plenty of taxis and rideshare options available. If you’re sticking close to the Georgia side of the city, the Augusta Transit bus system has decent coverage.

Some of our favorite runs in Augusta, GA

The signature run in Augusta, with several sections along the Savannah River and the Canal itself. The... more... 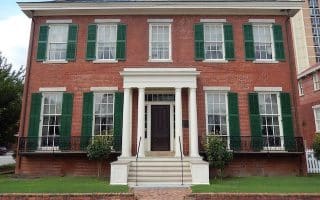 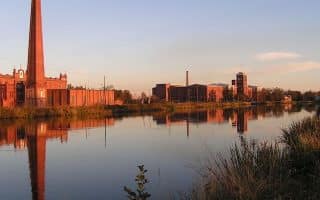 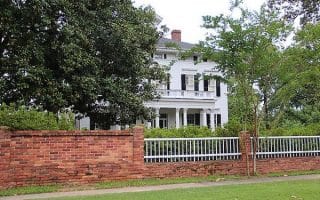 Attractive residential neighborhood running in the Summerville and Murray Hill neighborhoods, just west of Midtown. Create your own route in these affluent historic neighborhoods, which feature quiet leafy streets and attractive homes.
Explore 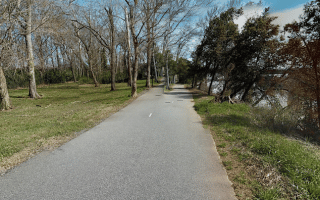 A paved multi-use path in North Augusta that runs for 5.6 miles from Brick Park to the I-20. Additional southern loop through Boeckh Park and Brick Pond Park is the most attractive. Also in North Augusta are the Palmetto Parkway Trail & Knox Ave. Path.
Explore 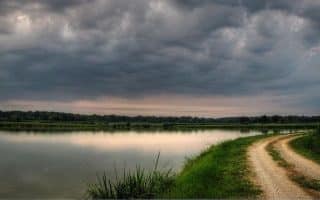 A 1,100 acre preserve featuring some terrific running options on dirt roads, sandy trails, and boardwalks. The main loop is ~8 miles, with lots of shorter options.
Explore 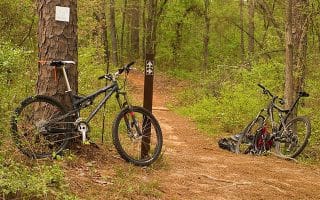 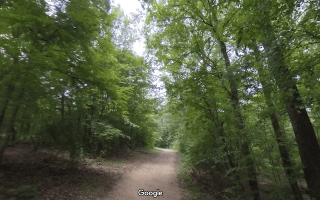 Blanchard Woods Park is the home turf of the Augusta University Cross Country Team. Many miles of smooth, mainly wooded paths, with mapped courses ranging from 3 km to 10 km.
Explore 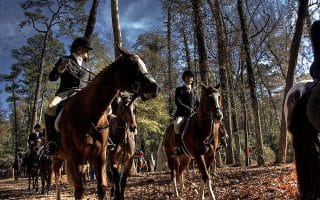 Run in the largest privately-owned urban forest in the country! Located in Aiken, SC, there are 70 miles of sandy paths, with a generally good surface. Free and open to the public.
Explore 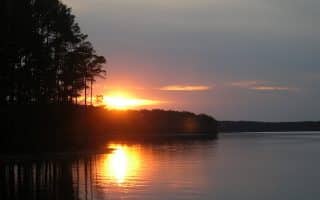 The yellow-blazed Bartram Trail offers up to 27 miles of scenic trail running along J. Strom Thurmond Lake, ~20 miles northwest of Augusta. Choose a section from one of the main areas. Mainly wooded, with some nice lake views.
Explore

Augusta features hot, humid summers and mild winters. The best seasons for running are spring and fall, where the temps are delightfully warm and the blossoms/colors are pretty. Summer heat can be brutal, with average high temperatures in the 90F range from June-September. Nights stay very warm. Winters are mild, with daytime temperatures in the mid-50s (with the occasional cold snap) and nights dipping to just above freezing. Precipitation is evenly spread through the year, though in summer it’s mainly thunderstorms and downpours.

VisitAugusta.com has an extensive list of lodging options. Most are located conveniently in the downtown area or along the 20/520 corridor.

For easy access to the best running, try to stay downtown or midtown, within 1 mile of the Savannah River/canal trails. This also accesses our ‘Runseeing’ tour and nice residential neighborhoods west of midtown.

Fleet Feet Augusta is the city’s top running store, and they give great advice on gear and routes. Group Runs: Thursday Free Runs from the store at 6 pm, and other regular training sessions.

Mooney’s Shoes is another great option, and you’ll find other chains like Finish Line and DSW.

The Augusta University Half Marathon is perhaps the best-known event in the city. There are also numerous 5ks and small events throughout the year.