Our guide to running in Baton Rouge & vicinity. See also our running guide for New Orleans 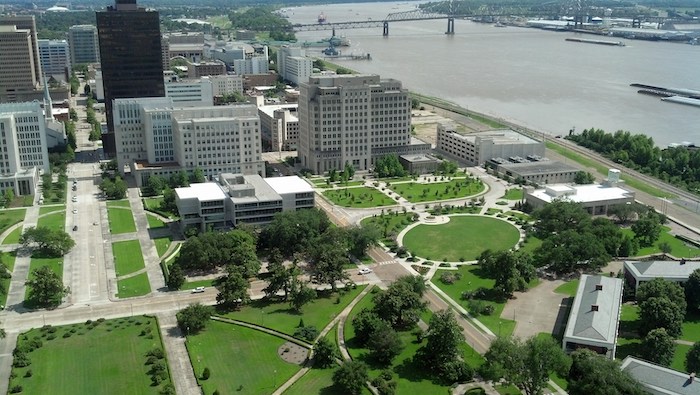 Baton Rouge, located on the Mississippi River, is the capital of Louisiana. There’s interesting Antebellum architecture, lovely live oaks in some of the city’s historic neighborhoods, and a thriving, diverse cultural scene. There are some great spots for running in Baton Rouge, highlighted by paths along the Mississippi and around the Louisiana State University and adjacent lakes.

The signature running spot in Baton Rouge is the Levee Bike Path, which extends for 9 miles from downtown. The LSU Lake Loops are another great place to run in Baton Rouge. Downtown, we’ve put together a pleasant 4.5-mile ‘runseeing’ tour, and in the southern part of Baton Rouge there are some great neighborhoods for running, anchored by Highland Community Park. For a tranquil run, we love the botanic gardens paths at the LSU AgCenter.

Runners should note that Baton Rouge’s summers are oppressive, with frequent thunderstorms. Run early or late. Public transport is fairly limited. Though most of our routes are accessible from downtown, a car is needed beyond the city center.

Some of our favorite runs in Baton Rouge, LA

The LSU Lakes, located just east of the LSU campus, are a scenic and popular running spot... more... 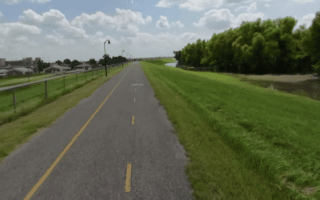 Long-distance paved bike path along the Mississippi River that starts downtown and extends for 27 miles to St. Gabriel. The heart of the path is the 4.5 miles between downtown, past LSU, to Farr Park. Links to riverfront promenade.
Explore 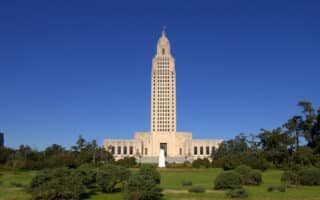 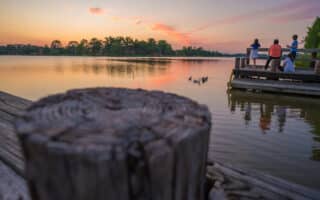 The LSU Lakes, located just east of the LSU campus, are a scenic and popular running spot in Baton Rouge. It's ~4 miles around University Lake and ~1.5 miles around City Park Lake. Nice water views and other facilities.
Explore 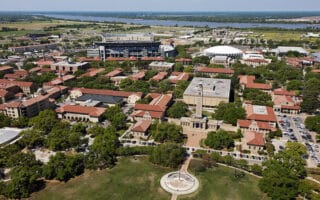 Pleasant campus for running, with its Parade Ground, pedestrian paths, and athletic fields running track, and live oaks. Can be combined with LSU Lakes loop and the Levee Bike Path.
Explore 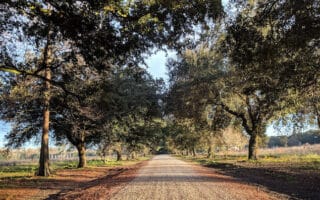 Gorgeous gardens and paths lined with live oaks. 5 miles of trails that are scenic and pleasant for running. See details for info, hours, regulations. In the western part of Baton Rouge between Perkins Rd. & I-10.
Explore 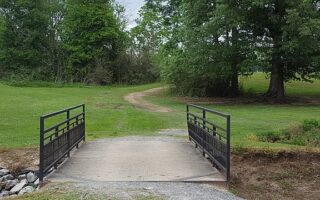 Highland Road Community Park is a large neighborhood park with a popular cross-country running course. Can be combined with the pleasant residential streets in the adjacent Villa St. George and Oak Hills neighborhoods.
Explore 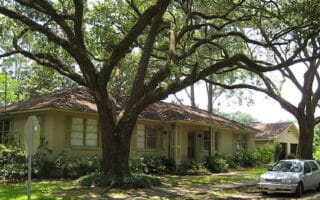 The LSU Lakes, located just east of the LSU campus, are a scenic and popular running spot in Baton Rouge. It's ~4 miles around University Lake and ~1.5 miles around City Park Lake. Nice water views and other facilities.
Explore

Baton Rouge has oppressively hot summers, mild winters, and warm springs and autumns. Runners should not that June through September are very hot and humid, with daily temps in the low 90sF (31-33C), and nights that rarely dip below 70F (21C). Winters are mild, with highs averaging in the low-mid 60s (16-18C), with coolish nights and the occasional cold snap. Note also this is a wet, rainy climate, with frequent summer thunderstorms and downpours — some 60+ inches of rain annually! Winters are drier and less humid.

There are plenty of places to buy running gear in Baton Rouge. The main indy running store is Varsity Sports, near the LSU campus. Other good spots are Backpacker, a New Balance outlet, and Just 4 Kicks.

Happy’s Running Club does a 5K downtown at 6:00 PM every Tuesday. Afterwards everyone gets 2-for-1 beers.