The Best Places to Run in and around Gold Coast, from Coombabah to Coffs Harbor 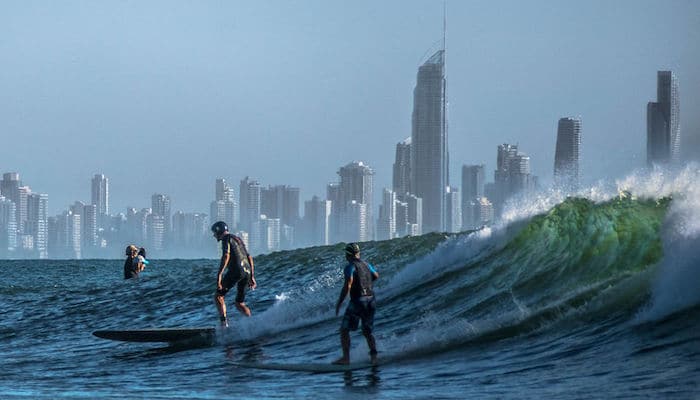 Gold Coast, Australia is located just south of Brisbane along Queensland’s eastern coastline. It’s a popular tourist destination, with fantastic surf beaches, a dramatic skyline, and a focus on nightlife and entertainment. Just inland, this area borders a “hinterland” of volcanoes, rainforest, and National Parkland. There are fantastic options for running in Gold Coast, ranging from extensive beaches, coastal trails and promenades, inland ‘bush’ trails, and some swanky streets around Gold Coast’s residential areas. Our guide covers the area from Coombabah south to Coffs Harbor.

The go-to run in Gold Coast is The Gold Coast Oceanway, a network of paths along the waterfront from The Spit to Point Danger. We’ve also pointed to good oceanfront running options near Broadwater, Kingscliff, and along the Solitary Islands Coastal Walk near Coffs Harbor. Trail runners can map unique routes in Coombabah Lakelands, Nerang State Forest, or on the Border Trail, while city-slickers may prefer the residential streets of Main Beach and Surfers Paradise.

Gold Coast has a pretty extensive public transportation system, including the G:Link Tram, busses around the suburbs, and a train for travel to other cities. If you’re traveling to off-the-beaten-track routes like Nerang or Solitary Islands, renting a car is probably the way to go.

Some of our favorite runs in Gold Coast, Australia

The best bet for running in Gold Coast is to head for the shoreline. The Gold Coast... more... 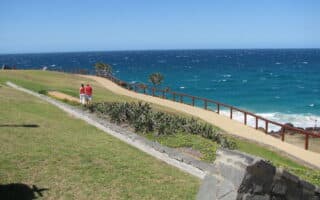 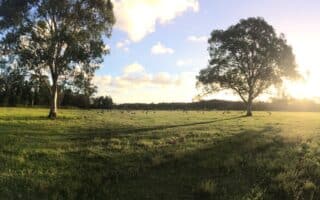 Run amongst the koalas and kangaroos on this tour of Coombabah Lakelands’ boardwalks and double-track trails. We’ve mapped a 5.6 km loop.
Explore 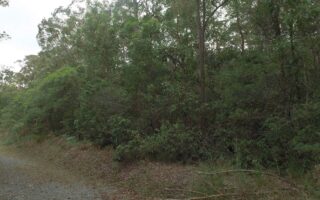 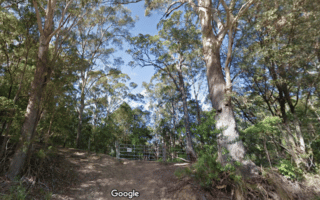 The Border Trail is the perfect blend of bush and residential running. It’s an 8 km out and back starting from the Hidden Valley Reserve in Currumbin.
Explore 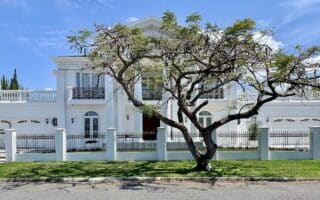 Enjoy the posh scenery of residential Main Beach on this 5 mile cruise through a ritzy seaside neighborhood.
Explore 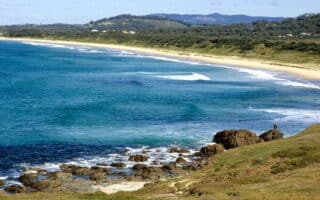 Take a scenic detour down the coast to the Solitary Islands Coastal Walk, a 60 km combination of beaches, headlands, and pathways through town.
Explore 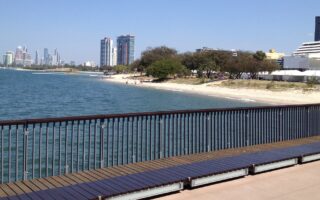 There is more waterfront running along the Nerang River between Biggera Waters and Southport. Up to 7 km one way.
Explore 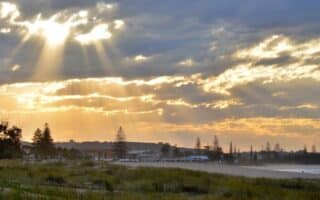 Kingscliff, located south of Gold Coast near the border with New South Wales, has great running along the beach and the Tweed River.
Explore 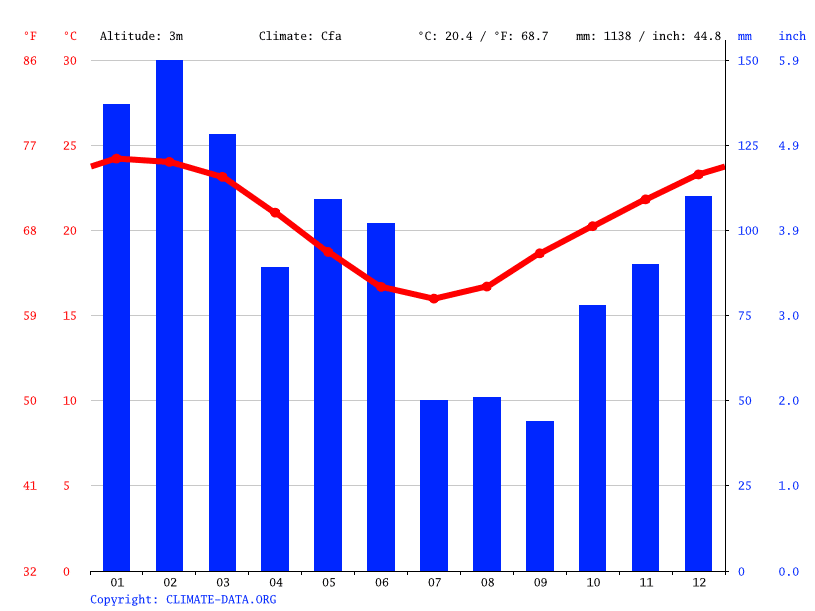 You’ll find tons of accommodation options throughout Gold Coast’s neighborhoods. The most popular option, of course, is to stay by the beach. View accommodations at DestinationGoldCoast.com.

Local running stores include The Running Shop in Burleigh Heads, and chains like The Athlete’s Foot, Rebel, Nike, Footlocker, Adidas, and New Balance.

If you fancy a group run, get in touch with the Gold Coast Run Co. (they were very helpful in planning this guide).

Aside from the “fast and flat” Gold Coast Marathon, there are several annual running events in and around Gold Coast. See RunCalendar for more options.