A Comprehensive Guide to the Best Places to Run in Grenoble 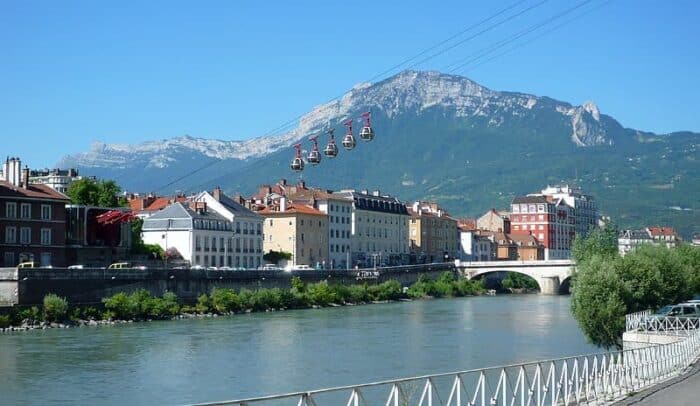 Considered the ‘capital of the Alps’, Grenoble is located in the Rhône-Alpes of France in the valleys of the rivers Drac and Isère. Grenoble was the site of the Winter Olympics in 1968 and is also a major scientific center in France. Given the surrounding mountains and pastoral river valley, it’s no surprise that there are terrific options for running in Grenoble. We should note that the area is also a mecca for trail running.

The best places to run in Grenoble focus on the extensive paths along the Isère and Drac Rivers. Our Grenoble ‘runseeing’ tour features several parks and the city’s historic section. For those who want a scenic challenge, run to the Bastille — it’s a 300m climb over 2.5 km! A worth-it destination run is the Castle Park of Vizille, with its 100 acres of gorgeous grounds. We’ve also included some trail running recommendations, though it’s just a tip of the iceberg.

Grenoble has an extensive bus system and 5 tram lines. And although winters in Grenoble itself are relatively mild given the low altitude and valley location, the surrounding mountains feature much colder temps and significant snowfall.

Some of our favorite runs in Grenoble, France

This is an easy-to-follow 7.5 km 'runseeing' tour of the central, historic part of Grenoble, featuring Paul... more... 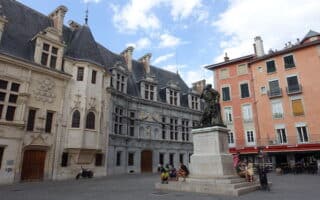 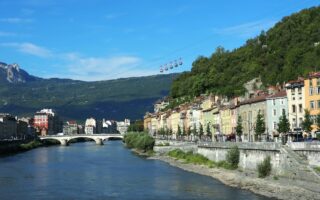 Along the Water | Iconic | Multi-Use Trails | Classic River Paths
Nearly 18 km of paths along the Isère river, with lovely water and mountain views. We've mapped an eastern section and a western section, starting at the centrally located Jardin de Ville. Can be combined with Drac River paths.
Explore 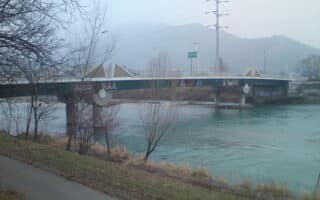 Along the Water | Multi-Use Trails
The signature river path in Grenoble is the Isère, but there's also some nice running along the Drac River. This route covers 10 km of the Chemin de la Digue from Seyssins north to Sassenage, where you can join the Isère path to Veurey-Voroize.
Explore 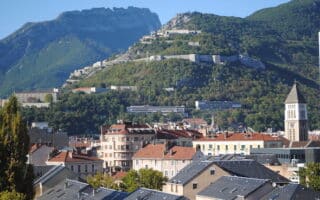 Great Views | Hilly | Historic / Tourist | 'Unique' Runs
If you'd like to get the thighs burning while 'storming' a hill-top fort with great views, the run/hike to the Fort de la Bastille is for you! It's a 300m climb over 2.5 km. One option is to take the Téléphérique up and then run down...
Explore 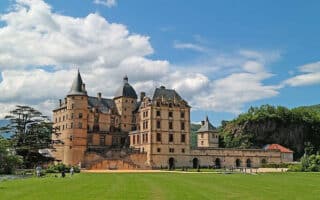 Great Views | Historic / Tourist | Arboretum/Botanical Garden | Estates and Castles
A worth it destination run 20 km south of Grenoble. Anchored by the Château de Vizille that's now a museum, there are 100 acres of gorgeous grounds, from grand lawns and gardens to a lake and canal-side paths, and some forested sections.
Explore 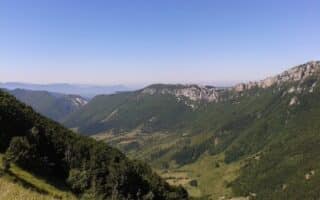 Great Views | Hilly | Trail Running
Grenoble lies at the foot of the French Alps, and is a mecca for trail running. The Grenoble Tourism Office lists 15 marked routes in the area, for runners of all abilities. We've listed three of the 'easier' ones. They have good footing, but are hilly!
Explore

Along the Water | Iconic | Multi-Use Trails | Classic River Paths
Nearly 18 km of paths along the Isère river, with lovely water and mountain views. We've mapped an eastern section and a western section, starting at the centrally located Jardin de Ville. Can be combined with Drac River paths.
Explore

Grenoble has cool winters and warm summers. Since Grenoble has a lower altitude and valley location, it’s winter climate is much milder and less snowy than the surrounding mountains. Average winter highs are 6C (43F), and lows dip just below freezing. It does snow, but there not a continual snowpack. Summers are delightfully warm and generally sunny. The 1,000mm of annual precipitation is fairly well spread throughout the year. 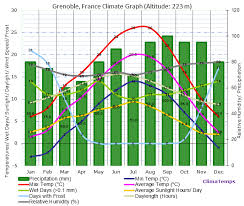 Grenoble is a recreational mecca, so there are numerous outdoor gear stores. The best independent running shop is the Terre de Running Grenoble. We also recommend Sport Time and Endurance Shop Grenoble. There are also three outlets of the Decathlon chain.