A Guide to the Best Places to Run in Guangzhou 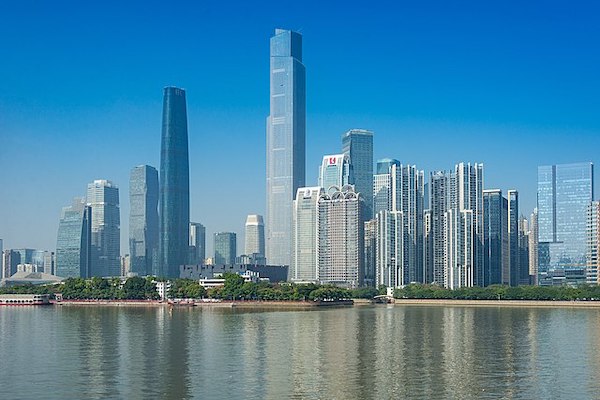 Guangzhou is the capital of of Guandong province and the third largest city in China, with a population of nearly 15 million. The southern Chinese city sits on the Pearl River, 120 km north of the Hong Kong/Shenzen area. Developing a guide for running in Guangzhou is a daunting undertaking, given the city’s massive geography, spread over 11 administrative districts. Our focus is on the more central sections of Guangzhou frequented by business and leisure travelers.

Some of best places to run in Guangzhou center around the Pearl River, with extensive paths on the north and south banks, including Ersha Island and some loops from Huacheng Square. Some nice parks and lakes include Haizhu Lake in the Haizhu District and Tianhe Park in the Tianhe District. There are nice pedestrian paths in the massive University City area, and good running on adjacent Bio Island and Changzhou Island. In the Baiyun District, there’s nice running around Luhu Lake/Park, Yuntai Garden, and the Baiyunshan Scenic Area. In the far south reaches of Guangzhou, there’s some nice running in the Nansha District.

While Guangshou is a huge city, most of our routes are accessible via 15 metro lines and the world’s second largest bus rapid transit system. Note also that Guangzhou’s weather is hot and humid from May though October, with abundant, monsoonal rains.

Some of our favorite runs in Guangzhou, China

One of the best running options in Guangzhou. There are multi-use paths on both the north and... more... 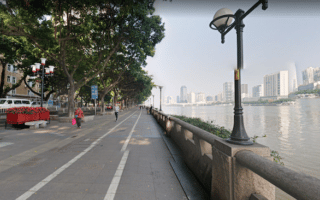 One of the best running options in Guangzhou. There are multi-use paths on both the north and south banks of the Pearl River, in the heart of the city. Great water and skyline views. Bridges allow for loop options. Can also combine with Ersha Island.
Explore 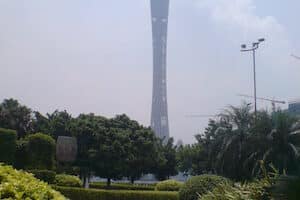 This island between the north & south banks of the Pearl River is a good spot to run in central Guangzhou, with nice parks and riverfront paths. A loop of the island is ~5 km. A fun 10k is from Huacheng Square. Can also combine with Pearl River routes.
Explore 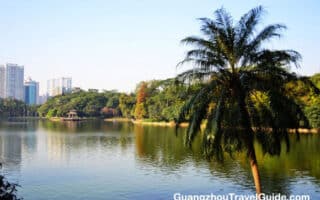 A nice oasis in the Tianhe District. Tianhe Park features paths around a lake, a small forest, and several landscaped gardens. A loop around the perimeter is 3.5 km.
Explore 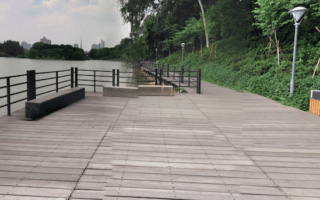 The 3.7 km loop around Luhu Lake is one of the more scenic off-road runs in Guangzhou. The lake is located in the Yuexiu District. There are some additional paths in Luhu Park, at the north end of the lake. Nice water and mountain views.
Explore 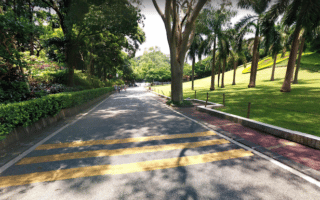 Good variety of running options in this extensive forested area in the Baiyun District. From the southern end, start at Yuntai Garden and then run on wide, hilly paths north into the park. At the northern end is a lake and the Baiyun Mountain summit.
Explore 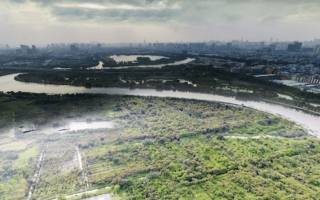 One of the green lungs of Guangzhou. It's 3 km around Haizhu Lake. Then create your own route along the paths and walkways of the Guangdong Haizhu National Wetland Park, including a large and beautiful orchard.
Explore 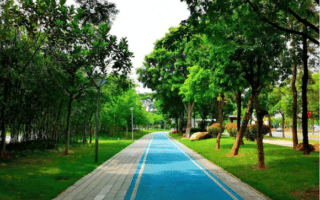 Good traffic-free running in the Luogang District, adjacent to University City. A loop of Bio Island is 6 km, with good water views. Changzhou Island is a popular walking/bike rental spot with pleasant roads, greenways, and riverside paths for running.
Explore 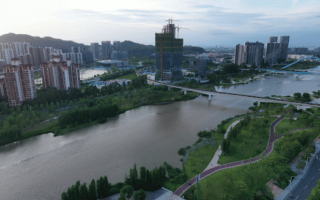 Newly developed district in far southern Guangzhou. Some very nice running on paths along the Jiaomen River. At the southeastern end, there are several parks and paths around wetlands. Huangshanlu Forest Park is great for hilly, forested trail running.
Explore

One of the best running options in Guangzhou. There are multi-use paths on both the north and south banks of the Pearl River, in the heart of the city. Great water and skyline views. Bridges allow for loop options. Can also combine with Ersha Island.
Explore

Runners should be aware of Guangzhou’s climate, which features several months of hot, humid, and wet weather. From May-October, daily temps average in the 30-33C (low 90sF), with nights that rarely that stay very warm. Two-thirds of days feature rain, which can be monsoonal in nature.The rains can also occasionally affect running paths and trails.  The winter months are warm and drier.

It’s best to try to stay near one of our routes if you want to be able to easily go for a run. Staying somewhere central near the Pearl River is a good bet — or at least near a metro station, since most of our routes accessible via transport.

There are outlets of many running shoe and apparel companies spread throughout Guangzhou.