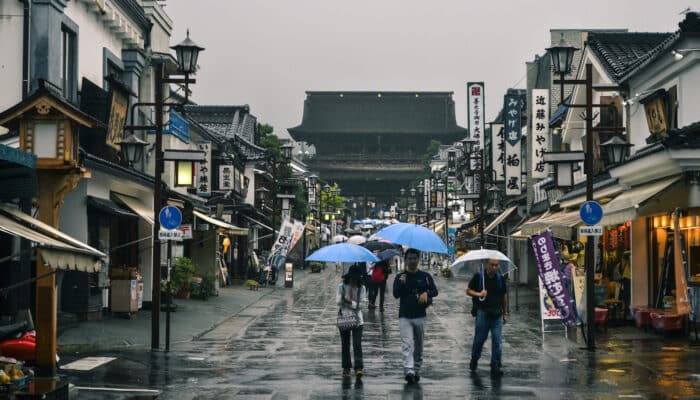 Nagano is one of Japan’s core cities and the capital of the Nagano prefecture. It’s located in central inland Japan, at the confluence of the Chikuma and Sai rivers, and surrounded by mountains. Internationally, Nagano is known as the host city of the 1998 Olympic Games, but the city is nationally renowned for the Zenkō-ji Buddhist temple, nearby ski resorts, and the local snow monkeys that bathe in hot springs. There’s some decent running in Nagano, mainly in its small parks and a couple of river paths and multi-use trails. But it’s not overall a great running city.

The best places to run in Nagano are Joyama Park, Olympic Stadium, and the Susobana River. For a long run, the best bet is the Ueda Chikuma Nagano Bicycle Way, which starts from Nagano City Park. For a destination run, enjoy the 16 km loop around Lake Suwa, located about 90 km south of Nagano — a quick 1 hour train ride.

Nagano has a solid public transportation system. The best way to arrive from Tokyo is the Hokuriku Shinkansen train to Nagano Station. From here, most visitors hop on the local bus system or hire a taxi. Note that some of our running routes outside the city center may require a rental car or a long taxi ride.

Some of our favorite runs in Nagano, Japan

The loop around Lake Suwa is a worth-it destination run. A beautiful gravel path loops around the... more... 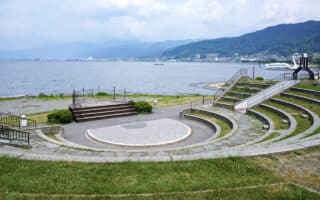 Along the Water | Iconic | Multi-Use Trails | Parks | Blossoms & Blooms | Lake Loops
The loop around Lake Suwa is a worth-it destination run. A beautiful gravel path loops around the lake for 16 km, through cherry blossoms and parkland, with views of the water and surrounding mountains. It's 90 km south of Nagano, and a quick 1-hour train ride.
Explore 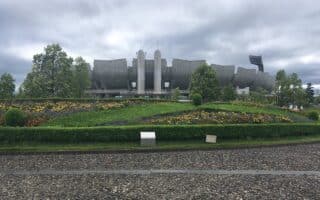 Parks | Olympic Sites
Nagano hosted the 1998 Winter Olympics. Get into the Olympics spirit with this 3.5 km route around the grounds of the Minami Nagano Sports Park in south Nagano. There are nice paths around gardens, fields, Olympics sites, and athletic facilities.
Explore 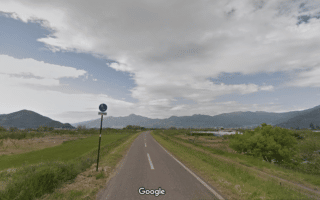 Along the Water | Multi-Use Trails
The best choice for a long, off-road run around Nagano is the Ueda Chikuma Nagano Bicycle Way, a paved multi-use path that spans 20 km between Nagano and Chikuma City, following the Chikuma river.
Explore

Historic / Tourist | Parks
Explore some of the top sights in central Nagano with this 4.4 km loop, including the newly renovated Joyama Park, the Zenkō-ji temple, and the pedestrian-only Zenkoji Nakamise Street
Explore 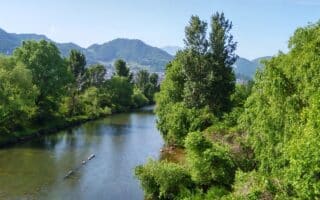 Along the Water | Multi-Use Trails
A good opportunity for a mainly off-road run on the western edge of Nagano. Nice paths around Saigawa Kasenjiki Park, and then a multi-use path along the Susbana river. Up to 8 km out and back.
Explore 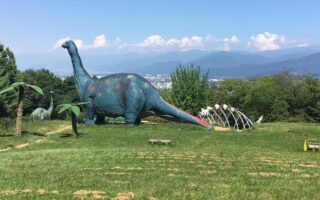 Parks | Arboretum/Botanical Garden
It’s somewhat of a novelty run, but there are some decent paved paths winding through the Chausuyama Botanical Gardens and Dinosaur Park. The park and gardens are a nice oasis of green. We’ve mapped a 5k route.
Explore

Along the Water | Iconic | Multi-Use Trails | Parks | Blossoms & Blooms | Lake Loops
The loop around Lake Suwa is a worth-it destination run. A beautiful gravel path loops around the lake for 16 km, through cherry blossoms and parkland, with views of the water and surrounding mountains. It's 90 km south of Nagano, and a quick 1-hour train ride.
Explore

Nahano has hot, humid summers and cold, snowy winters. In summer, temps climb to the 28-30C range (mid-high 80sF), with high humidity. Winters are cool, with daytime temperatures just above freezing (3C), and lows in the -5C (23F) range. The city averages some 100 inches (250 cm) of snow. In summer, there can be downpours and thunderstorms. In spring, there are gorgeous cherry blossoms.

GoNagano.net is the main tourism site for the Nagano prefecture. While most hotels are located near Zenkō-ji and the city center, you can find ski and vacation resorts in the more rural areas.

Some of the running stores near Nagano city include Sports Depot, Super Sports, and outdoor gear outfitters like Burton and Patagonia.

While you can find occasional running events throughout Nagano, the top race is the Nagano Marathon.