A Comprehensive Guide to the Best Places to Run in Richmond 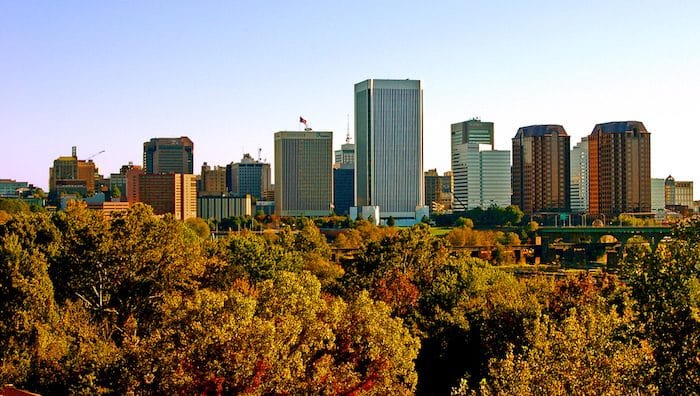 Richmond, the capital of Virginia, is a historic city situated along the fall line of the James River. The village sprang up as a hub of the Powhatan Confederacy, and later played an important role as the site of Patrick Henry’s “Give me liberty or give me death” speech, and as the capital of the Confederate States of America in the American Civil War. Today, Richmond’s economy is a powerhouse of finance, government, and law, attracting traveling business professionals and tourists alike. One thing we love about running in Richmond is the variety and the proximity/overlapping of some of its best routes.

Richmond has a great running scene, with lots of spots. The most popular runs are along the James River waterfront park, which includes scenic Belle Isle. Pretty historic and residential runs include Monument Ave and Grove Ave, or the campus of the University of Richmond. A number of local parks, including Byrd Park, Maymont, and Bryan Park, also have short but pleasant designated running paths. Distance runners often prefer to do their mileage on the Virginia Capital “Cap” Trail, which is accessible via the lovely Canal Walk, while trail runners can travel a short distance outside the city to beautiful Pocahontas State Park.

The downtown/waterfront area is pretty compact and walkable (or runnable!). For public transport, there’s  “Pulse” route that circles the main parts of town from the West End, to the Museum District, to Downtown, to the East End. There’s a GRTC bus for longer options. Note Richmond can be hot and humid in summer. Spring and autumn are delightful!

Some of our favorite runs in Richmond, VA 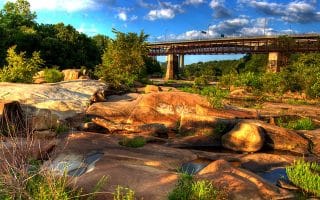 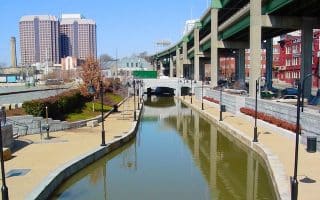 Along the Water | Great Views | Iconic | Multi-Use Trails | Bridges
Pleasant ~1.25 mile (one way) path along the Richmond Canal system with murals, history lessons, and tips on things to do. Run out to the T. Tyler Potterfield Memorial Bridge for views — especially great at sunrise or sunset.
Explore 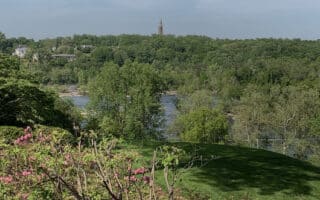 Gorgeous Residential | Great Views | Hilly | Bridges
An attractive road for running on the south side of the James River, with views to the river and historic bridges, and attractive residential roads coming off it. It rides above the James River trail system, providing numerous access points to those trails as well.
Explore 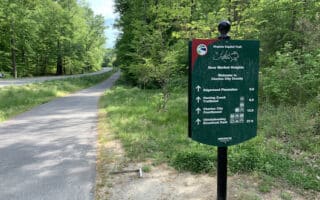 Historic / Tourist | Iconic | Multi-Use Trails | Rails-to-Trails
50 plus miles of running on a paved multi-use path stretching all the way to Williamsburg/Jamestown. The Richmond end of the path is accessible from I-95 near Great Shiplock Park.
Explore 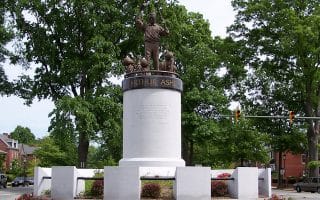 Historic / Tourist | Road Race Course | 'Unique' Runs | Iconic Race Courses
Fun sidewalked street run with monuments commemorating historic Richmond figures. An out and back through the Historic District is about 5 km, but it’s possible to continue further on the sidewalk.
Explore 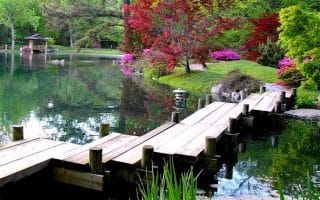 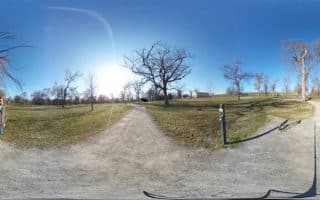 Multi-Use Trails | Parks
The 1 mile packed gravel VITA course at Byrd Park is a favorite time-strapped runners in need of a quick workout or people who love to do circuit-style runs (complete with strength training equipment). For a longer run, connect with Maymont Park.
Explore 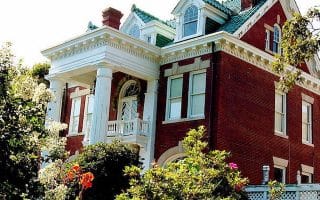 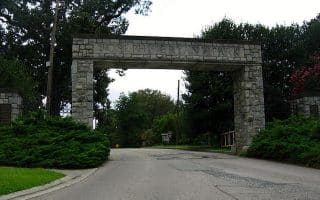 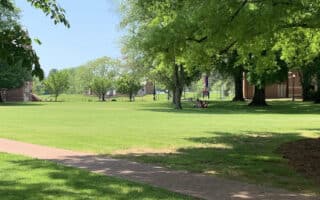 Universities
Great running on this classic open air campus, with beautiful brick buildings, manicured courtyards, and the lovely Westhampton Lake at its heart. Can be combined with other paths and streets in the area.
Explore 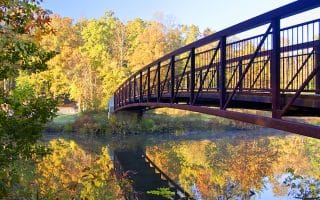 Along the Water | Great Views | Iconic | Multi-Use Trails | Bridges
Pleasant ~1.25 mile (one way) path along the Richmond Canal system with murals, history lessons, and tips on things to do. Run out to the T. Tyler Potterfield Memorial Bridge for views — especially great at sunrise or sunset.
Explore

Historic / Tourist | Iconic | Multi-Use Trails | Rails-to-Trails
50 plus miles of running on a paved multi-use path stretching all the way to Williamsburg/Jamestown. The Richmond end of the path is accessible from I-95 near Great Shiplock Park.
Explore

Summers in Richmond are hot and muggy — so run with caution — but the rest of the year temperatures are pleasant and snow is minimal. It can be rainy, especially in summer with thunderstorm downpours.

The question of “Where should I stay?” in Richmond depends what you’re there to see. Most tourists choose to stay in the downtown area, where the waterfront, museums, shops, and restaurants are all walkable — and near many of our best running spots. You’ll find another cluster of hotels along Route 64 heading east towards the airport or west towards Dumbarton and Henrico. There are lots more options north of the city in Glen Allen or across the river near Midlothian.

VisitRichmondVA.com has a great guide to hotels in each area of Richmond.

Richmond has tons of great independent running stores and groups.

In addition to great shoes and service, Richmond Road Runner hosts Monday Fun Runs weekly at 7 pm. All levels are invited to participate, then head back to the store for electrolyte drinks and a core workout.

Fleet Feet Sports not only sells shoes, they host occasional Brewery Runs, and a Fun Run each Tuesday at 6 pm. Training for an event? Join their Run Club.

Sportsbackers is the premiere host for popular Richmond races and running events. Check out their upcoming events at www.sportsbackers.org.