No Thanks
Fukuoka, Japan 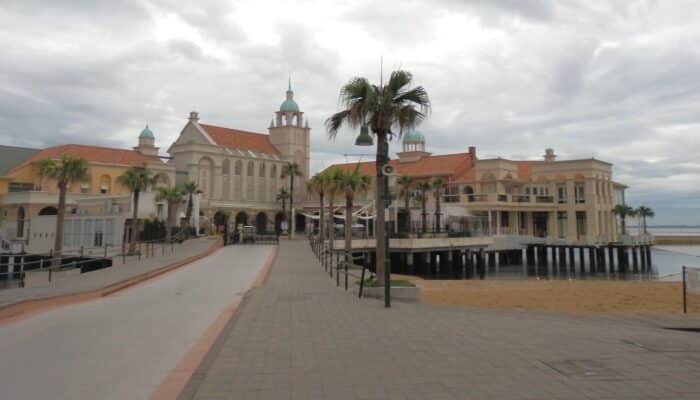 Momochi Seaside Park is one of the most interesting areas in Fukuoka, combining seaside scenery with the modern architecture of the city’s downtown. Runners can explore the waterfront starting from Yokatopia dori and wrapping around the PayPay Dome. The path then follows along a sandy beach out past the ferry terminal, with great views of the Fukuoka Tower. There are some interesting paths wrapping around the plaza, as well as a stretch of path along the Muromi River. Return through Momochihama West Park and Momochi Central Park near the Fukuoka City Museum. Heading east from here, there are some fantastic bridges over the Hiikawa River to Jigyo Central Park. Follow the waterfront back to the start or extend the route towards Fukuhama Beach and Nishi Park.

Longer Run: The area on the Fukuhama shore also has great running. The beachfront trail is the highlight, and it wraps around the coastline into Nishi Park. We’ve created a 4.5 km (2.8 mile) loop that can serve as an addition to Momochi Seaside Park or as a loop of its own. Also, the paths along the Muromi River are a great option for a longer distance run.

Ohori is Fukuoka’s signature park, located in the central part of the city and easily accessible from... more...