No Thanks
Atlanta, Georgia 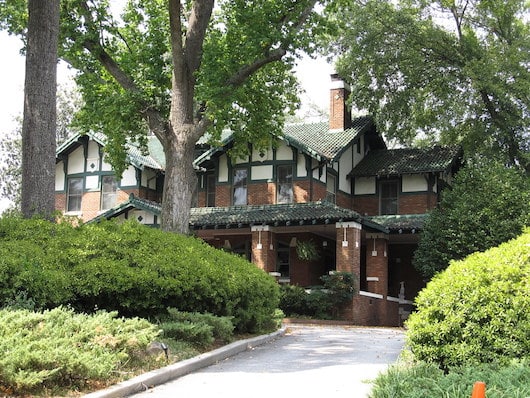 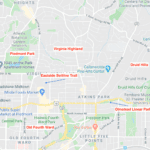 Historic Fourth Ward & Inman Park: An older industrial neighborhood sandwiched east of I-85 and west of the Highway, there are pleasant residential streets for running, with streetcar type homes. Central Park and Historic Fourth Ward Park are green oases. This can also be a nice add-on to the Beltline Eastside Trail, or a run combining Piedmont Park, the Beltline Trail, and a section of the Freedom Trail. Just southeast of I-10, the Inman Park neighborhood also has some leafy streets for exploring.

Druid Hills This attractive neighborhood stretches from Ponce de Leon north to Emory University, and features some terrific roads for running. Some of the nicer, shaded streets with set back homes include Springdale and Oakdale. At the southern end of the neighborhood, the Olmsted Linear Park trail is a paved path paralleling Ponce de Leon for nearly 2 miles, passing through Springdale Park, Dellwood Park, Shady Side Park, and Deepdene Park. The Freedom Park Trail is just south of there.

Virginia-Highland. One of Atlanta’s poshest neighborhoods. Just east of Piedmont Park and west of Druid Hills. Explore some of the pleasant residential streets, especially those off Orme Park. 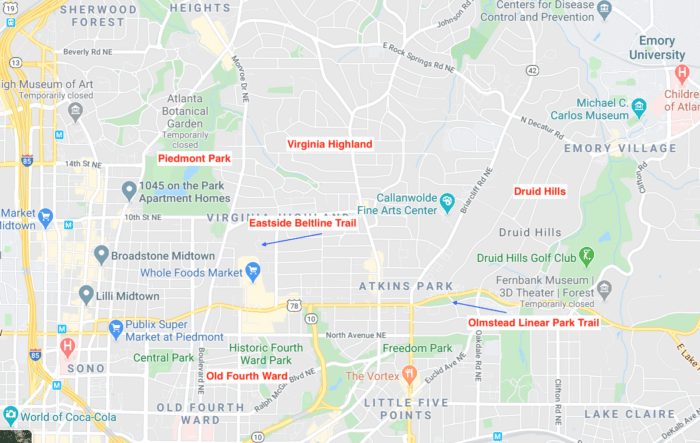 Freedom Park is one of Atlanta’s large city parks. Our two green, shaded routes are the 2.5... more...