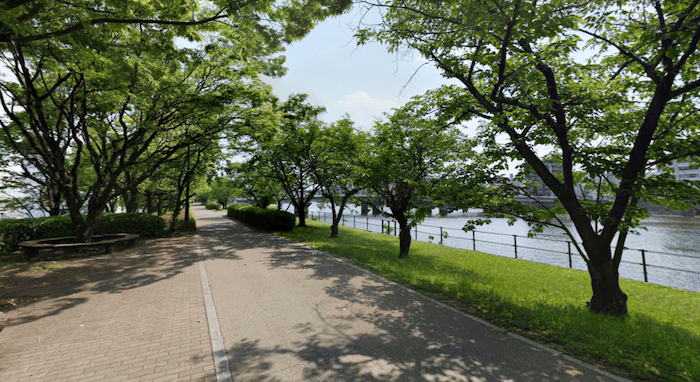 There are extensive paths along several rivers in Hiroshima. This is a straightforward 7 km loop along river paths coming off Central Park heading up the Ota River. Start at the north end of Central Park on the paved river path (east side), and run north for nearly 3 km to the Oshiba Bridge. There are some sections of the path that are a new type of ‘super surface’. Continue north for 0.5 km through Otagawa Ryokuchi Park, turning around at the Gionshin Bridge. Retrace your steps to the Oshiba Bridge, then cross over to the west side of the river, heading south. Run south for 2 km, crossing back over at the Misasa Bridge to return to the start.

Shorter Option: To shorten by 1 km, delete the Otagawa Ryokuchi Park section. There are additional river paths in the area.
Longer Option: Continue north along the Ota River to Akio (Red) Bridge.