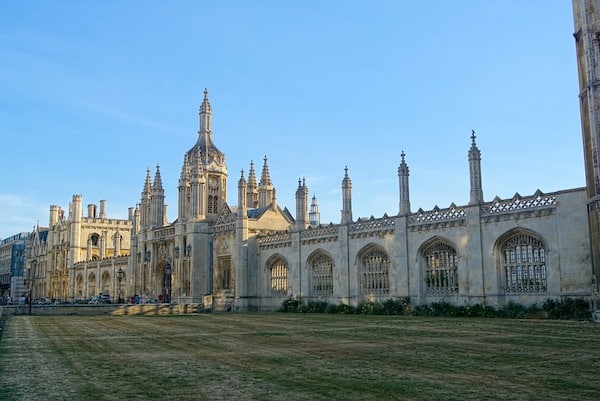 Cambridge is a university city located about 50 miles north of London on the River Cam. The University of Cambridge, founded in 1209, is the heart of the city, and Cambridge is also a major center of high tech employment. The opportunities for running in Cambridge are terrific, with extensive paths along the River Cam and numerous large greens located near the pedestrianized city center. A bonus: the Cambridge City Council marked several popular open green spaces with Run England’s small circular discs.

The best places to run in Cambridge center around the River Cam and the numerous greens and commons in town. The University of Cambridge is among our favorite university campuses for running. South of town, stitch together a route around Cherry Hinton Hall Park, Trumpington Country Park and Grantchester Meadows. For a unique running experience, run the grounds of a classic English country estate at Wimpole Hall. We’ve also put together some choice routes in the nearby Cambridgeshire countryside, notably Brampton Wood and Grafham Water.

Cambridge is quite small, so most of our routes can be accessed from near the city center. A car is needed to access some of our destination runs. Note that Cambridge is in the driest part of the UK, receiving half the rainfall of other parts of the country!

Some of our favorite runs in Cambridge, England 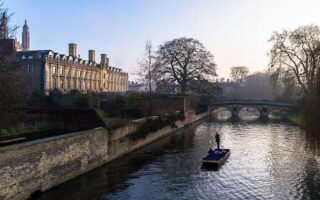 A pleasant gravel path lines the Cam River for several km, with opportunities for detours to some of Cambridge's gorgeous meadows and commons. We've a 9.3 km one-way route to Clayhithe, including a table w/segment distances.
Explore 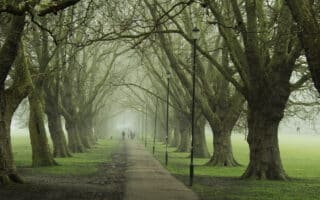 A 5.6 mile loop that has it all: history, water views, and pastoral sections through classic English meadows and commons. Cam River, and paths through Jesus Green, Midsummer Common, Stourbridge Common, and Ditton Meadows.
Explore 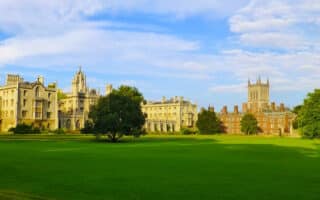 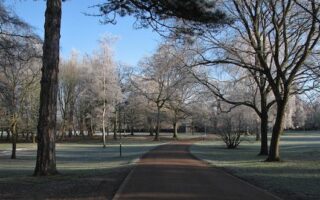 A tour of three pleasant green spaces in the southeastern part of Cambridge: Coldham's Common, the Barnwell Preserve, and Cherry Hinton Hall Park. 2/3 of it is within the greens and off-road paths, 1/3 connectors.
Explore 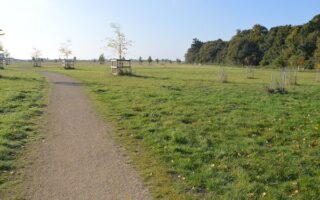 Trumpington Meadows is a 58-hectare park in the southeast part of Cambridge that's a lovely spot for a run. The 3-4 miles of trails are a nice mix of fields, meadows, woodland, and paths along the Cam river.
Explore 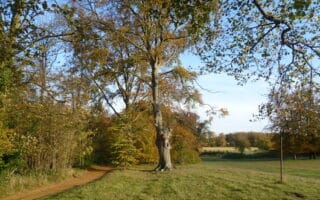 The Gog Magog Hills offer some gorgeous countryside running just a couple of miles south of Cambridge. Wandlebury Country Park has 8 km of paths through woodland, meadows and farm fields. Additional trails in Magog Down.
Explore 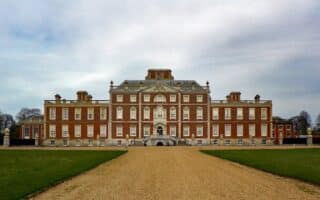 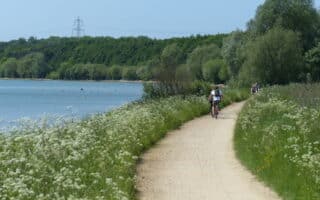 More than 2,400 acres of pretty countryside, featuring a popular 9-mile multi-use path around the perimeter of Gratham Water (lake). There are water views some of the way, and sections of fields, farms, and woodland.
Explore 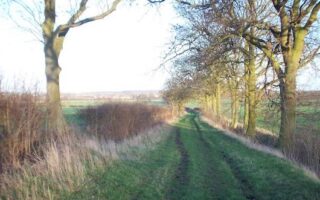 Run the trails of the second largest woodland in Cambridgeshire! The 900-year-old forest has 2-3 miles of trails, known as 'rides', through aspen, oak, ash, field maple and birch. A 45 minute drive from Cambridge.
Explore

A 5.6 mile loop that has it all: history, water views, and pastoral sections through classic English meadows and commons. Cam River, and paths through Jesus Green, Midsummer Common, Stourbridge Common, and Ditton Meadows.
Explore

Cambridge is located in the driest part of the UK, receiving half the rainfall of other parts of the country — a boon for runners! Summers are delightfully mild, with average high temperatures of 23C (74F) and cool nights (12C), so a layer is always needed. Winters are cool and can be overcast and damp. Highs in January are 7C (45F), with temperatures lows dipping to near freezing. Snowfall is rare. Rain falls on about 1/3 of days. 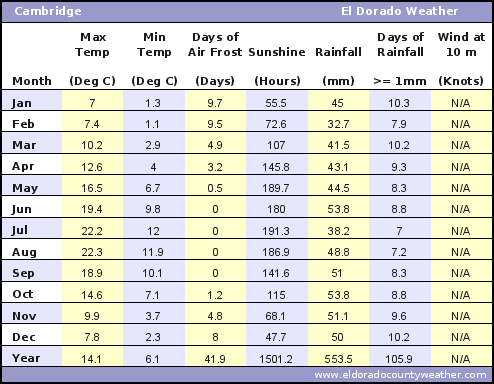 Cambridge is populated by 25,000 students, numerous high tech companies, and lots of visitors, so there’s no shortage of accommodations. For access to the best running out your door, try to stay near the River Cam or one of the centrally located green spaces in town.

Up and Running is a terrific dedicated running store in town.

Sweaty Betty is a store that sells active wear for women.

There are also outlets for Decathlon Sports and numerous outdoor gear stores.

The City of Cambridge actively promotes running in Cambridge. Their site has information on the numerous group running opportunities in town.

Some signature running events in Cambridge, courtesy of the Cambridge City Council:

Race for Life 5k and 10k Race for Life. July. Location varies but likely held in 2020 on Jesus Green.

Greater Cambridge 10k. A flat and traffic-free course starting from the University of Cambridge Sports Centre each September. www.livingsport.co.uk/events-courses-2/greater-cambridge-10k

Cambridge Town and Gown 10k. A scenic route through the heart of Cambridge run every October.